More than a dozen people got up to speak about the monument at Monday night`s Pasquotank Co. Board of Commissioners meeting. 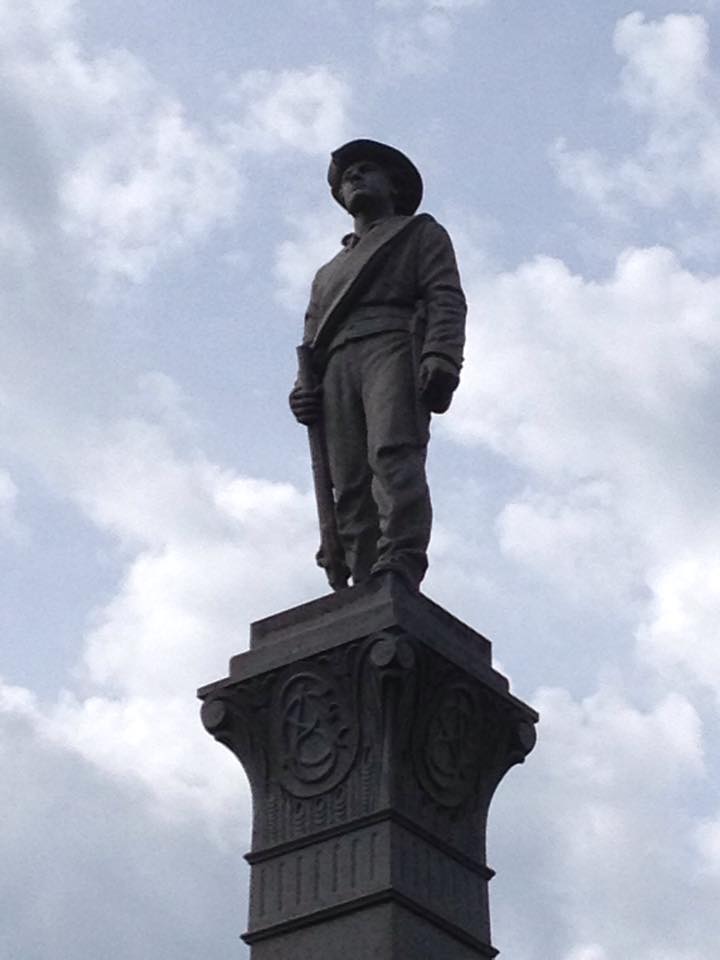 Elizabeth City, N.C. - Should a Confederate monument in Elizabeth City stay put or be removed?  That question was intensely discussed at the Pasquotank County Board of Commissioners meeting Monday night.

Sixteen people got up during the public comment section of the meeting, giving passionate speeches to the board.  Only one of them was in support of its removal.

The rest said it should stay where it is, saying it's not about hate; it's part of their Southern heritage and honors those who died in the war.

"They defended their families and their homes," one resident said.

Another said, "if you take down that monument, take the rest of them down.  Take down World War I, World War II and everything else," eliciting applause from many at the meeting.

The monument sits next to the Pasquotank County Courthouse in Elizabeth City.

On one side is an engraved Confederate flag with the words 'Our Heroes' under it.  On the other is a dedication 'To our Confederate dead ... erected by the United Daughters of the Confederacy.'

A few weeks ago, the Pasquotank County branch of the NAACP called for its removal, sending this letter to the board of commissioners and city council.

Their president, Keith Rivers, was the only one who spoke out against the monument during the meeting.  To him, the monument means something much different.

"We are asking you to have respect, compassion and sensitivity for all the residents of Pasquotank County and to continue to help make America the greatest country in the world by removing the monument that bears the Confederate flag on public property and that is a constant reminder of lynching and oppression and slavery," Rivers said.

The chairman of the board of commissioners says they will take the comments under review and will likely ask for more input in the future.  He says there are still a lot of legal issues they need to look into.  They have not decided yet if or when they might take a vote on the matter.