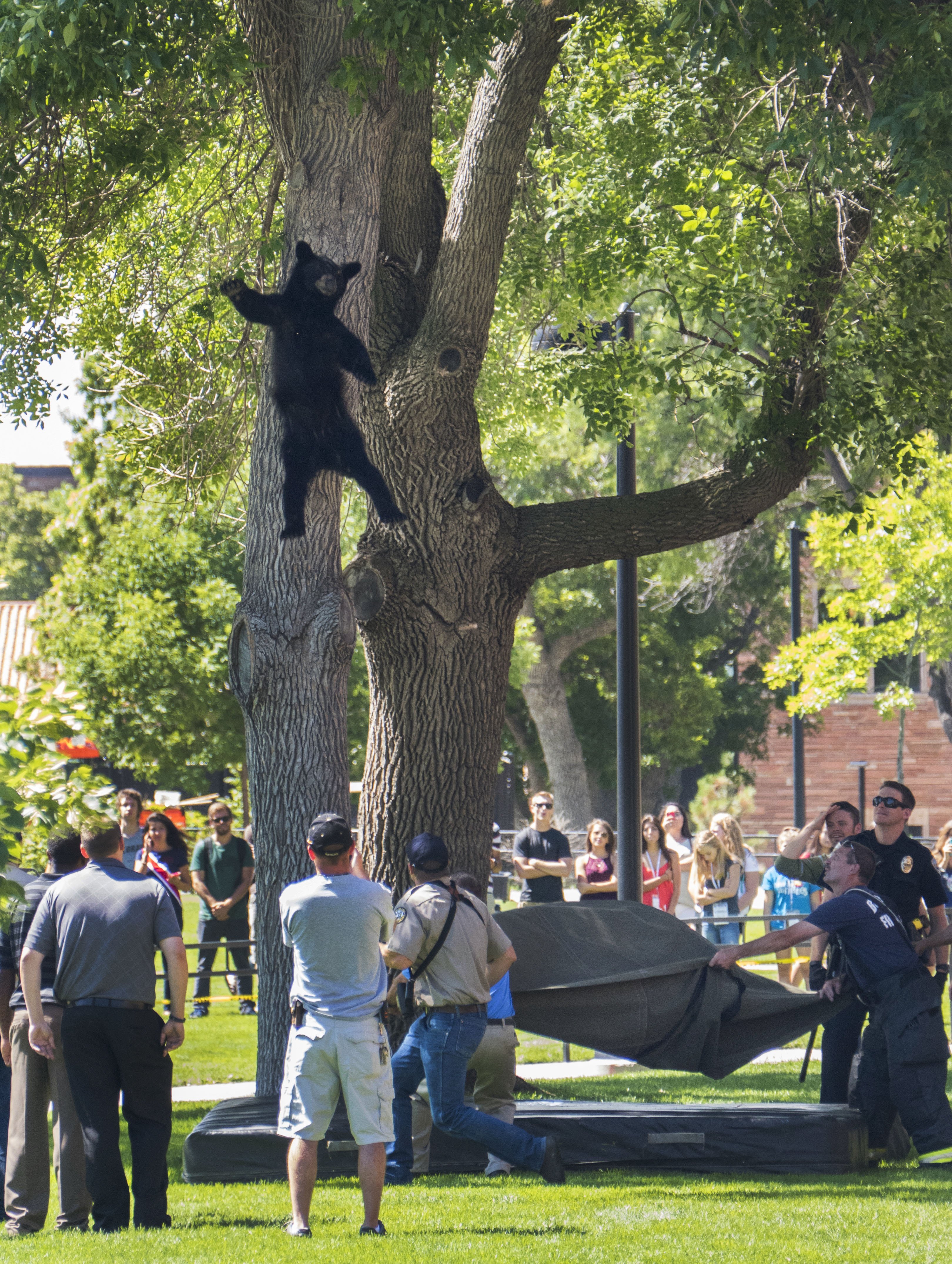 (CNN) — Bear with us. The photograph is too good not to share.

A 2-year-old bear was spotted in a tree at The University of Colorado Boulder on Friday. Colorado Parks and Wildlife tranquilized the animal.

Glenn Asakawa, the school’s associate director of photo and video, captured what happened next, as the bear fell from the tree.

“It looks like it’s waving,” he told CNN. “The body language says it all.”

According to Asakawa, a similar incident happened on campus about three years ago. After that event made headlines, he vowed never to ignore wildlife calls.

The bear involved in Friday’s incident was unhurt and put into a trailer, according to the university. Authorities planned to take the bear to the mountains.