Portsmouth, Va. - The 11th and final element of the new Midtown Tunnel was lowered into place on Tuesday.

The final element was placed and lowered at the Norfolk approach, connecting the shorelines of Portsmouth and Norfolk.

The first tunnel element was lowered into place and connected to the Portsmouth side in October.

The new Midtown Tunnel will become the westbound tunnel, carrying traffic from Norfolk to Portsmouth and is scheduled for completion in December 2016.

NewsChannel 3 got an inside look at all the progress for the first time Tuesday morning.

Project Director Wade Watson said, "There is still a lot more to do, so I am not totally comfortable but this brings to the end a big portion of the job."

Drivers have been waiting for years.

“This is going to greatly increase traffic capacity. We will now have two lanes in each direction in the Midtown Tunnel. It improves the quality of life for folks, less time in traffic, better fuel efficiency, and better commute times,” said Watson.

Work started in 2013, and now they’ve got to build the actual road, put in the lights, and install a sprinkler system in case there was ever a fire underground.

Project Manager Daniel Francis said, “It’s a very exciting project to be on. It’s a privilege to be on it.” 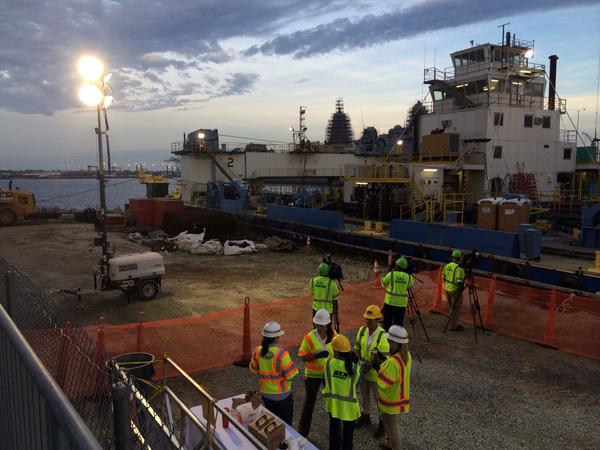