One year later, your ALS Ice Bucket money goes to … 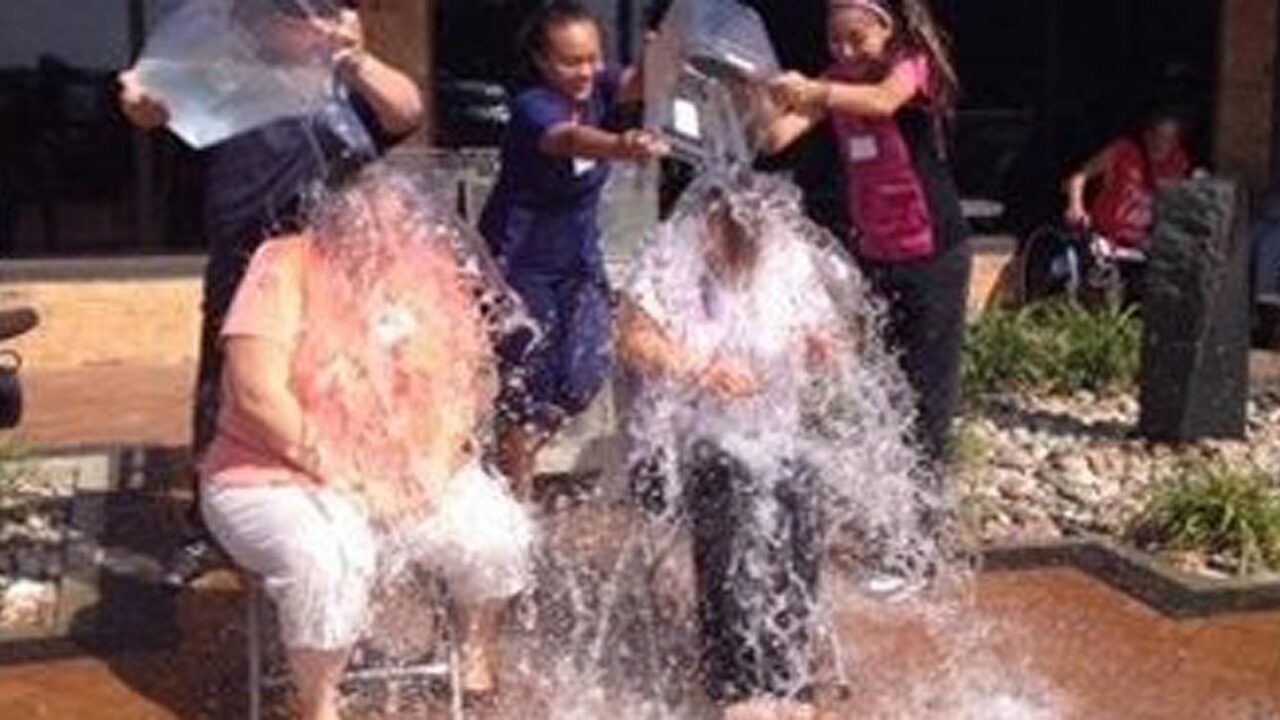 ATLANTA — To raise awareness for ALS, Chris Kennedy poured a bucket of ice water over his head. A year ago Wednesday, he posted the video to his social network.

Quite possibly, you even drenched yourself.

More than 17 million people participated in the Ice Bucket Challenge to support ALS and other causes.

Nationally, 2.5 million people donated $115 million to the ALS Association. The organization says the event was probably the single largest episode of giving outside of a disaster or emergency.

So, whatever happened to all that money?

One summer later, the ALS Association says about 40% of the ice bucket money, $47.1 million, has been spent or budgeted toward specific purposes. In time, it says the plan is to pour all $115 million back into five main spending buckets.

Of the total money raised, 67% goes in the bucket marked “research” to find a treatment — or even a cure — for ALS.

Currently, there’s no cure and only one drug that “modestly extends survival,” according to the ALS Association. As nerve cells in the brain and spinal cord die, a patient’s muscles, which are no longer connected to living nerves, start to waste away. On average, within two to five years after an ALS diagnosis, patients lose their ability to breathe and they die.

The ALS Association is spreading the $77 million to many different research projects.

For example, $10.5 million is going to a group that’s testing whether a medication used to stabilize heart rhythms in cardiac patients can also stabilize nerve cells in ALS patients. It’s also testing whether a drug can reduce inflamed nerve tissues, and is using MRI scans to study inflammation in the brains of sick patients.

Another initiative: $5 million is going to the Neurocollaborative, which is creating stem cell lines from ALS patients that will mimic their own nerve cells.

“We can start seeing why they’re dying. We can start putting drugs on them to start seeing if we can slow them down,” said Clive Svendsen of the Neurocollaborative. “It’s a bit like having an avatar of yourself in the petri dish.”

The ALS Association is also budgeting $1 million to Project MinE and $2.5 million to the New York Genome Center to map the genetic code of ALS patients.

“Right now we have very few things that we can do for these patients to keep them alive longer,” said Dr. Jonathan Glass of Project MinE. “If we can take a disease that kills you in three years and make it a chronic disease that you live with for 10 or 15 years, I think we’ve done something very big.”

Blood, brain and spinal fluids from ALS patients may also contain clues. Altered proteins, for example, could allow doctors to create a new fluid test to diagnose ALS, which could get patients enrolled in clinical trials earlier and possibly lead to better treatments.

To hunt for these “biomarkers,” the ALS Association is budgeting $1.4 million to the Barrow Neurological Institute, Iron Horse Diagnostics, and the CreATe consortium to collect and study these types of fluids.

Another $1.5 million is going to drug maker Cytokinetics to collect blood from ALS patients over time. The fluid’s being collected as part of an advanced clinical trial investigating whether a drug can help patients breathe, but it may yield other discoveries when independent researchers also get a chance to study it.

“People will just be able to apply and use the information in the fluids,” said Dr. Jeremy Shefner, the trial’s lead investigator. “That is a first for large companies — to actually, as part of their trial, include a component that is publicly available and is a resource for a disease-based community.”

Tuesday, the ALS Association announced 58 winners of smaller grants. These researchers from the U.S. and abroad will each receive between $40,000 and $500,000.

The ALS Association is budgeting $8.5 million to its 39 local ALS chapters. The initiatives vary, from providing iPads and head-mounted laser pointers to help patients communicate, to supplying canes, wheelchairs and ramps to help them get around.

With this money, one chapter in St. Louis has doubled the IV nutrition it supplies to patients who can’t swallow. Another chapter, in western Pennsylvania, is providing in-home training on caring for sick family members and grief counseling when patients pass away.

The ALS Association is also budgeting $2.7 million for 48 ALS treatment centers it’s certified as the best in the field.

This money goes toward a variety of initiatives to educate the public about ALS and help doctors and researchers learn more about how best to fight for ALS patients.

Among the projects announced so far, the ALS Association is budgeting $500,000 to create guidance for companies developing ALS drugs on how to remove uncertainty and risk associated with the Food and Drug Administration’s approval process.

The ALS Association says it will spend $3 million on things like data analysis and communication initiatives to maintain the support of donors it picked up during the Ice Bucket Challenge.

It’s cost the ALS Association $2 million just to pay for things like running all those credit and debit card donations. It also got zapped with website overage charges since so many people visited.

Phil Buchanan, president of the Center for Effective Philanthropy, says the organization’s transparency should be applauded.

“I had kind of feared at the time that there would be a lot of pressure on them to spend the money quickly,” said Buchanan. “But that can actually lead to money that’s not well spent.”

So, will everybody get wet and cold again?

Last summer we saw ice water splash a man on the rim of a glacier, a motorcyclist doing a wheelie and a pilot flying upside down. The ALS Association is hoping the social media stunts lead to more splashing and more donations again this summer.

“Let’s keep it up this August and every August until there’s a cure,” proclaims a new promo on its website.

That’s because while $115 million may sound like a lot of money, it may in fact not be.

“By some estimates it takes about a billion dollars to make a new therapy,” said Dr. Steven Finkbeiner of the Neurocollaborative.

Buchanan said this summer will determine whether the ALS Ice Bucket Challenge was a novelty or a repeatable tradition.

“There are all kinds of sort of bizarre traditions in societies, and this strikes me as, potentially, a more useful one than many others if it can raise that kind of money,” he said.

His only worry: that donors will pay attention only to diseases with the cleverest social media marketing campaigns.

“Obviously there are a lot of other diseases that devastate peoples’ lives,” he said. “My hope would be that they get the resources they need for research as well.”