CHATTANOOGA, Tennessee — A once devoted, disciplined mixed martial arts fighter. A top student known for smarts, charm and humor. A devout Muslim, who kept in touch with his roots in the Middle East.

People who knew him were stunned to hear that he was the man who sprayed a military recruiting center at a strip mall with bullets then drove seven miles to assault a Navy Operational Support Center.

The FBI hasn’t released much information on Abdulazeez and says it doesn’t yet know for sure what motivated the bloodshed, but it is working on an assumption. “We will treat this as a terrorism investigation until it can be determined that it is not,” said FBI special agent Edward Reinhold.

“There were tears in my eyes,” said Abdulazeez’s former mixed martial arts coach Scott Schraeder about the moment he heard the news. “He was one of the nicest kids we trained.”

Abdulazeez was born in Kuwait and had Jordanian citizenship, law enforcement officials said, and was a naturalized U.S. citizen. Schraeder thought of him as "all American."

She was following the news about the shooting spree in her native Chattanooga. Then she heard her old classmate's name. "I thought to myself, there's only one Mohammad Abdulazeez that I know in Chattanooga. I immediately, I was like, please don't let it be him," Wagner told CNN's Drew Griffin.

She never would have thought he could do something like that.

"He always fit in," she said. "He had a big group of friends. He was never bullied or treated like an outcast. He was pretty popular." And he was funny. "Always had a witty comment to add."

Next to his senior yearbook photo from 2008, Abdulazeez added a quip he attributed to "Hijabman." "My name causes national security alerts. What does yours do?" it said.

Wagner believes he was making a joke. "It was funny at the time," she said, "and now, it's a little morbidly ironic."

Eventually, the two classmates lost touch after graduation. Abdulazeez went to the University of Tennessee, where he graduated with a degree in electrical engineering in 2012.

Devout, but not 'overly religious'

People who knew Abdulazeez described him as religious.

"He was a devout Muslim and used to talk about his families' prayer habits and that always interested me to hear about his culture," said former classmate Samantha Barnette.

He at times interrupted training sessions with fighting coach Schraeder to pray.

"I wouldn't call it overly religious," Schraeder said. "He followed his religion; he would pray at six o'clock. He'd go into our office and pray." But he would skip prayers at times, he said.

Schraeder does not believe he was an extremist.

"His favorite training partner to grapple with -- not striking, but actually submission grapple with, when you're actually on the ground in close proximity contact with -- was a Russian Jew, hardly what you would see as someone who would be a radical Islamist," Schraeder said.

Abdulazeez also once trained as a fighter under coach Almir Dizdarevic. They also knew each other from mosques they attended, even after the training relationship ended. They would bump into each other and chat, or Dizdarevic would chat with his family.

He had heard that his former athlete moved out of the country to the Middle East a year or so ago.

"He went back home and he stayed overseas," Dizdarevic said. "And I asked his dad about, you know, where's Mohammad? I haven't seen him in a while and he said 'he moved back home.'"

The two saw each other occasionally when Abdulazeez visited. "I asked him 'how is everything, what you doing?' He said he is teaching kids, he is teaching wrestling," Dizdarevic said.

Then Abdulazeez moved back to Tennessee.

The last time the two greeted each other was a month ago after Friday prayers, Dizdarevic said. It seemed like everything was fine.

Then Dizdarevic heard the news about his former trainee on Thursday.

"When they actually showed a picture on the news. I mean I looked at the phone, and I was like, wow I can't believe this," he said. Dizdarevic said he had been a police officer himself but resigned. He has talked to his former colleagues about anything he knew about Abdulazeez.

He can't believe Abdulazeez was radicalized through anyone in Chattanooga. If someone influenced him to become an extremist, they had to come from somewhere else, he said.

Investigators are examining a blog authored by a user designated as "myabdulazeez," but they have not confirmed that it belonged to the gunman.

Only two posts appear on it, both dated three days prior to the shooting. One post compares life on Earth with being in a pleasant prison. The other encourages readers to follow historic Islamic figures, who the writer said fought in jihadi wars.

Abdulazeez was not in any U.S. databases of suspected terrorists, a U.S. official said.

His only reported prior trouble with the law was a DUI arrest in April. His court hearing was scheduled for July 30.

When he killed the four Marines, Abdulazeez was carrying an AK-47 style rifle and a lot of ammunition, a law enforcement official said.

He held off responding police officers for a while, an official said. Police found 30-round magazines on his body and several weapons, FBI special agent Edward Reinhold said.

Abdulazeez appeared to have acted alone.

The Secretary of the Navy released the following statement on the shootings:

Today, the Navy and Marine Corps team collectively mourn the loss of four heroes. The tragedy in Chattanooga is both devastating and senseless. On behalf of the entire Department of the Navy family, I offer my deepest condolences to the families of those killed and wounded in service to our nation during this incident.

Throughout history our Sailors and Marines have served overseas, in harm's way, and the men and women of the Navy and Marine Corps have experienced the deep and lasting pain of combat loss. Today, here at home, we once again feel that pain.

While we expect our Sailors and Marines to go into harm's way, and they do so without hesitation, an attack at home, in our community, is insidious and unfathomable. As the investigation unfolds, our priority will be to take care of the families of those affected.

I'd like to express my gratitude to the first responders on the scene whose prompt reaction was critical to stopping this individual from inflicting further violence.

Though we can never fully prevent attacks like this, we will continue to investigate, review and guard against future vulnerabilities and do everything in our power to safeguard the security of our service members and their families. 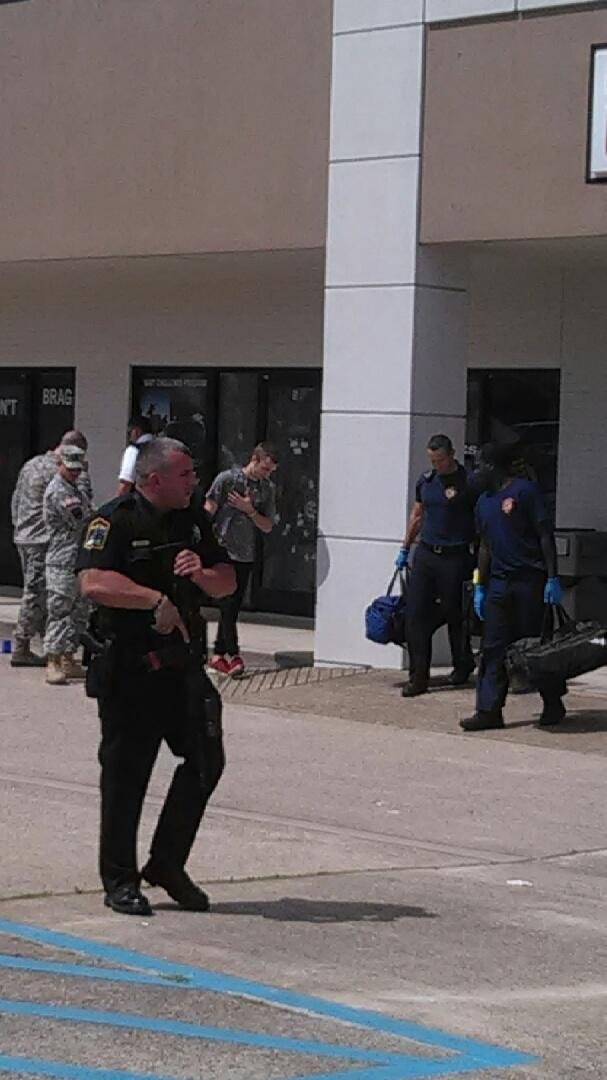