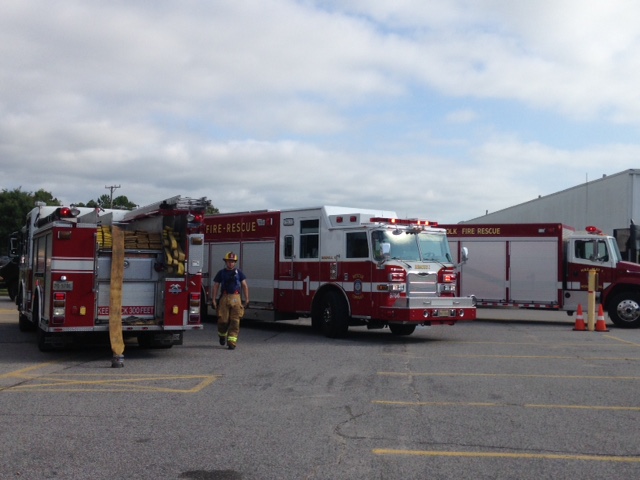 One incident was reported at Ferrell Gas located at 109 Freight Lane, near the intersection of Princess Anne Road and Newtown Road.

Fire officials say a 2,800 gallon tank of propane is leaking. A Ferrell Gas employee noticed the leak from a liquid propane truck around 8:00 a.m.

The leak was quickly secured but crews were called to remove and contain the remaining propane from the truck.

Area businesses were evacuated as a precaution.

In that situation, a small fire was reported in a large box that involved six 2.5 Liter bottles of nitric acid. The fire was to the packaging, cart and materials brought in to clean up the leaking product before it caught fire.

The fire has since been extinguished and a clean up contractor is responding to clean up residual material.

No evacuations were made in that incident.

However, one worker at the scene was injured and evaluated by Virginia Beach EMS. He was transported to an area hospital due to exposure to chemicals and complaints of breathing difficulty.

Updates to both situations will be provided as they become available.