Currituck County, NC (WTKR)-William, the wild horse foal who has captured the hearts of thousands across the country, has returned to Currituck County.

William was born on June 12th on the beaches of Corolla but unfortunately had a host of health complications.

"When we first saw him we thought he was exceptionally small, but we do have an inbreeding problem so we didn't think too much of it but everyday it seemed like he was not thriving," Corolla Wild Horse Fund Executive Director Karen McCalpin told NewsChannel 3's Todd Corillo Friday. 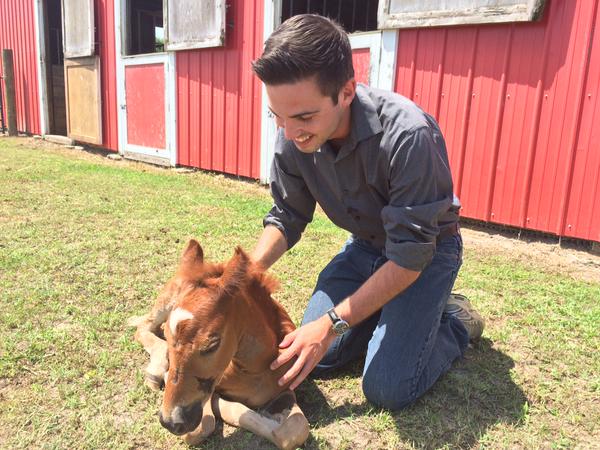 William (born Guillermo) was taken to the ICU at the veterinary hospital at North Carolina State University in Raleigh shortly after staff in Corolla determined he was very sick. Veterinarians believe he was born prematurely and tests revealed a variety of problems.

After surgery and introduction to his surrogate mother, Pebbles, William continued to show signs of improvement.

Now, just five days after his one-month birthday, William and Pebbles have been moved to a barn in Currituck County. Pebbles will stay will William until he is at least four-months-old.

VIDEO: William a @WildHorseFund foal with his surrogate mom Pebbles. A month ago he was nearly dead. Amazing. @WTKR3 pic.twitter.com/KUrN3EVDM4

Thanks to an overwhelming outpouring of support from the community, the Corolla Wild Horse Fund was able to raise more than $25,000 to help with William’s medical costs.

"Kids emptied out their piggy banks, gave us their birthday money. Moms that had babies that were born with problems wrote heartwarming messages," McCalpin stated.

"All of the well wishes and comments and prayers and donations. Every single one of those people played a part in William laying here today taking a nap like a normal foal in the warm sun," she added.

Unfortunately, William will never be able to return to the wild, but he will find a new home in Delaware with a veterinarian.

"If one message comes out of this its that these horses have an indomitable spirit and their will to live is what's kept them here for 5 centuries."