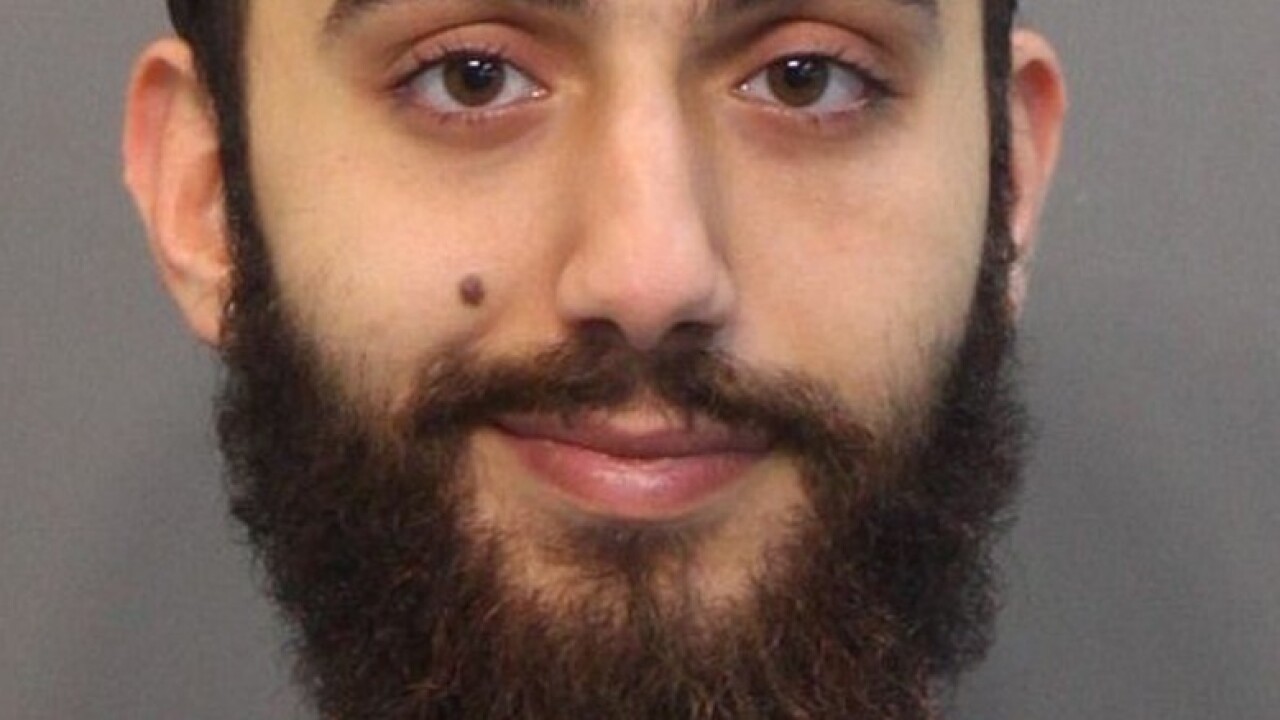 CHATTANOOGA, Tennessee (CNN) — The father of a man who killed four Marines in Chattanooga was investigated — and cleared, twice — as part of an FBI investigation into terrorism financing, law enforcement officials said Friday.

Officials stressed that Mohammad Youssuf Abdulazeez’s father was one of many people investigated for their funding of overseas charities, especially after the September 11, 2001, terrorist attacks. Most of them were never charged with a crime.

That was the case in this instance as well. According to one official, the FBI opened and closed rather quickly an inquiry into the father, who allegedly sent money overseas in the 1990s. He became the subject of a full FBI investigation in 2002, when he told authorities the money was meant for charities, not to support a terrorist organization, a source said. That investigation was then closed.

So far, authorities haven’t found any connection between Abdulazeez and any terrorist group.

But they are looking hard, as part of their efforts to figure out why this once accomplished student, well-liked peer, mixed martial arts fighter and devout Muslim became a killer who targeted a pair of military sites in the southeastern Tennessee city.

Hours after Thursday’s shooting, U.S. Attorney Bill Killian told reporters that authorities are treating it as an “act of domestic terrorism.”

But Ed Reinhold, the FBI special agent in charge in eastern Tennessee, stressed that investigators “have not determined whether it was an act of terrorism or whether … it was a simple, criminal act.” He added that as of just before midnight Thursday, “we don’t have anything that directly ties him to an international terrorist organization.”

“We are checking every possible place that he … could have resided, visited, where he shopped, where he went to school, who his friends were, if he worked out at a gym,” Reinhold said. “Every possible lead.”

Muslim leader: ‘We are Chattanoogans first’

It also hurt those who knew those victims, as well as the community at large.

“It’s just horrifying to have this happen,” said Mary Clark in Springfield, Massachusetts, who knows the family of one of the victims, Marine Gunnery Sgt. Thomas Sullivan. “(For) people that serve our country, they didn’t (deserve) this.”

Chattanooga’s Muslim community has also been deeply shaken, given that Abdulazeez regularly attended mosques there. Bassam Issa, the local Islamic Society’s president, urged all Muslims in the community to attend an interfaith gathering Friday night to show solidarity after what he called an act “of cowardice and hate.”

“We don’t see our community center as a ‘Muslim’ community,” Issa said, noting that his group’s leaders are working with law enforcement and local leaders. “We are Chattanoogans first, and we see ourselves as part of the larger community of Tennesseans grieving (this) act.”

Authorities aren’t aware if Abdulazeez said anything about his religion, or did anything to suggest he belonged to a terrorist group, as he carried out the shooting, a law enforcement official said.

No alarms raised in advance about shooter

He was a devout Muslim but didn’t appear to be radical, according to some who knew him. The Kuwaiti-born Abdulazeez, who officials say had Jordanian citizenship and was a naturalized U.S. citizen, seemed to joke about his background in his high school yearbook, with a quote alongside his picture that read: “My name causes national security alerts. What does yours do?”

His former mixed martial arts coach Almir Dizdarevic said Abdulazeez’s father told him that his son had left the United States to “move back home.” And yet Dizdarevic said that Abdulazeez told him he was teaching wrestling and doing well.

“He was a good kid. … They’re good people,” neighbor Dean McDaniel said of Abdulazeez and his family.

Abdulazeez had a DUI arrest in April, with Hamilton County District Attorney Neal Pinkston saying an affidavit related to that incident indicated there was a marijuana smell and he had white powder under his nose.

Still, he was never convicted of anything. And there was no immediate indication that Abdulazeez was in any way intoxicated Thursday. More importantly, Chattanooga authorities knew of no alarms about him before then.

“We certainly didn’t have any indication that he was a threat or that … something was going to happen,” Mayor Andy Berke said Friday morning.

Witness: ‘It was insane’

Gina Mule witnessed one of the shootings as she opened up her restaurant Thursday in a small plaza along Chattanooga’s Lee Highway. She said she heard a “pow, pow, pow!”

“He never got out of the car. He had a big, huge, high-powered rifle, and he was unloading shots right into the recruiters,” she said, referring to the offices of an armed forces recruiting center. “There had to be 20 to 30 shots.”

Watching from a nearby hair salon, April Grimmett saw a man ducking between cars.

“Shortly after that, we heard the (shots). It was very loud and very fast,” she said. “It was insane.”

It only got worse.

Over the next half-hour, Abdulazeez, a 24-year-old with an engineering degree from the University of Tennessee at Chattanooga, drove his rental car to a Navy operational support center 7 miles away, a law enforcement official said.

Chattanooga police Chief Fred Fletcher told CNN that police followed and engaged Abdulazeez somewhere on the road after that, then again at the second site. He said authorities are still trying to determine if police saw him ram the gates of the center, get into the facility, and shoot and kill the four Marines.

He was armed with an AK-47-style weapon and 30-round magazines, according to two law enforcement officials. He kept police at bay for some time before being killed, with Reinhold, the FBI special agent, saying Thursday night it “has not been determined … how he died.”

Chattanooga police Officer Dennis Pedigo and an unidentified Marine recruiter were shot in the leg during the attack. The Navy sailor was shot in the liver, colon and stomach, his grandmother Linda Wallace told CNN.

“He made it through the night, which wasn’t expected, but he is a fighter,” she said of her wounded grandson, Randall Smith. “We are praying so hard for a recovery.”

The military hasn’t named those killed, but their identities have to come to light in other ways.

Massachusetts officials, including Gov. Charlie Baker, said that Springfield native Sullivan is among them. Friends also said Skip Wells, a 2012 graduate of Sprayberry High School outside Atlanta, was also killed.

So, too, was David Wyatt, his wife, Lorri, said on Facebook. She posted a picture of her husband and their children, and she thanked people for their prayers.

Carson Holmquist is the other slain Marine, according to multiple social media posts from friends and relatives. He was a Grantsburg, Wisconsin, native who had moved to Jacksonville, North Carolina, according to a Facebook post.

What was the security situation?

While no one saw this carnage coming, authorities are painfully aware that such threats do exist. Terrorists around the world have unleashed venom, and sometimes attacks, on U.S. troops, citizens and the government. The United States has responded with force, going after groups such as ISIS and al Qaeda.

Much of that back-and-forth has happened overseas, including attacks on places like Iraq and Afghanistan. But the home front hasn’t been completely safe, in particular military installations.

The bloodiest cases were the September 11, 2001, terrorist attacks and then-Army psychiatrist Maj. Nidal Malik Hasan’s 2009 massacre at the Fort Hood, Texas, base that left 13 dead and 32 injured.

While there’s been no indication Abdulazeez was part of a terrorist network, Homeland Security Secretary Jeh Johnson said authorities are stepping up security at “certain federal facilities, out of an abundance of caution.”

“We take all shootings very seriously,” President Barack Obama said. “Obviously when you have an attack on a U.S. military facility, then we have to make sure that we have all the information necessary to make an assessment in terms of how this attack took place and what further precautions we can take in the future.”

Residents of Chattanooga are on guard and in shock.

Yet while Gov. Bill Haslam admits “this is a great city whose heart is broken right now,” he says residents are finding strength in one another.

“People are already coming together,” he said Friday. “(They are) doing … one of the things Tennesseans do best, which is (asking), ‘How can we help? What can we do to make a difference?’ “