Portsmouth, Va. (WTKR) - Portsmouth Police are looking for information on a young pit-bull puppy that died after being found starving and abandoned in a construction dumpster on Median Court.

The puppy was found July 16th when a homeowner heard a noise inside the dumpster.

Mark Saunders, who is helping to replace the HVAC system in the home, was inside at the time.

"He called me outside and said 'Mark, I think there’s a dog in the dumpster.' Sure enough, there was a small little puppy. Sides were all sunk in and everything," Saunders told NewsChannel 3's Todd Corillo Wednesday.

The puppy was inside a black wire crate and covered with a yellow tarp. 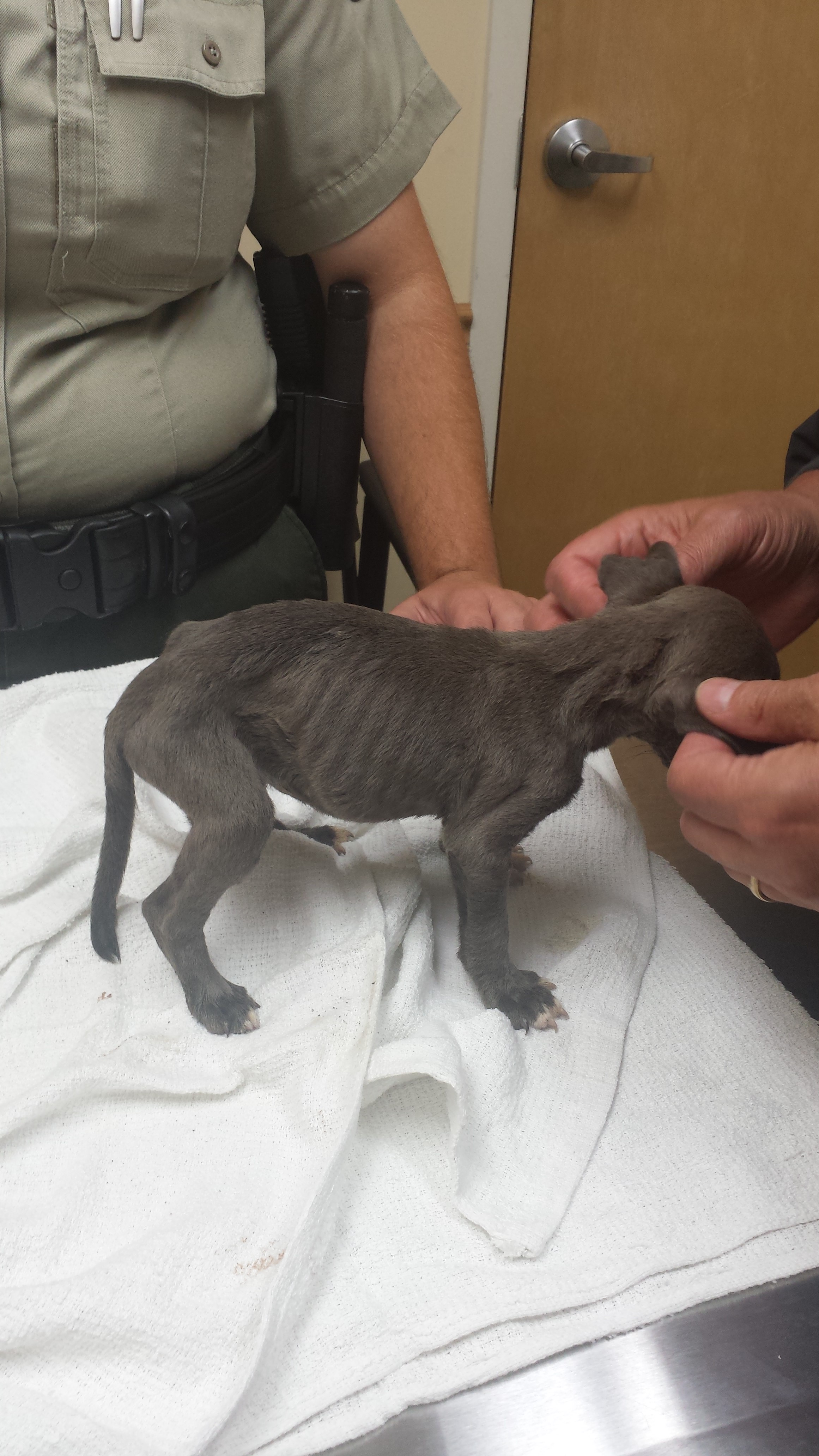 Portsmouth Animal Control Officer Brenda Quintana was among the first to respond.

Officers immediately took the puppy to a veterinary hospital where it was confirmed she was extremely emaciated and weighed approximately two pounds. That evening, she was taken to the Portsmouth Humane Society where she later died.

Now animal control officers are trying to track down the owner.

"This is one. Where’s the litter? Where’s the other puppies? We have to make sure they are cared for. Is there another one that’s sick? We’ve got to find out," Quintana stated.

"You could have gave the dog away instead of throwing it in a dumpster. That’s real cruel," Saunders said.

Anyone with information as to who the owner of the puppy pictured is asked to call the Crime Line at 1-888-LOCK-U-UP.