Man kills 2, himself at a Lafayette, Louisiana, movie theater 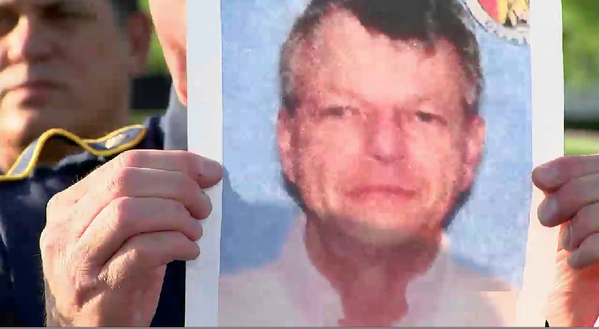 (CNN) — John Russell Houser apparently penned anti-government, anti-media blog posts. He was subject to a 2008 restraining order in which his then-wife and daughter were “fearful of him,” police said. He spent time that year and the next getting treated for mental health issues. And last year, he got an eviction notice from a Phenix City, Alabama, property that had been damaged, a sheriff there said.

All this helps explain who Houser was. But what authorities are still trying to figure out is why he entered a Lafayette, Louisiana, movie theater Thursday night and opened fire during a showing of the comedy “Trainwreck.” Police say he fatally shot two people and wounded nine others before turning his .40-caliber handgun on himself.

Louisiana State Police Col. Michael Edmonson recounted reports of the 2008 restraining order and of Houser’s activity online, including posts by a man from Phenix City with a matching age who had a profile on the website Tea Party Nation and hundreds of posts on PoliticalForum.com.

In the restraining order, Houser’s family said he had a history of manic depression and bipolar disorder, his wife removed all weapons from their home because of her concerns, and he was involuntarily committed to a mental health facility.

Russell County, Alabama, Sheriff Heath Taylor added that Houser was denied a concealed carry permit in 2006 after an arson arrest and said his office served him an eviction notice in March 2014.

And, according to the State Police spokesman, “His mom had loaned him some money. He was going to get his life together, he told her.”

For some reason, he landed in Lafayette, a city of about 120,000 people 60 miles west of Baton Rouge and about 500 miles from Phenix City. Besides an uncle who’d died about 35 years ago, Houser, 59, didn’t have any known connection to the city, much less the people in The Grand 16 theater who became — simply because they’d gone out hoping for a happy escape — his unwitting victims.

Said Edmonson: “(The possibility) exists out there that we may not find a motive.”

Acted like any other patron, then randomly opened fire

Houser was a drifter who had become estranged from his family back home in Louisiana and arrived in Lafayette, bunking down in a hotel 4 miles from The Grand 16. The city’s police chief, Jim Craft, said some businesses reported interacting with him, “but nothing that would have alerted anyone to think that maybe we need to call law enforcement.”

“He wasn’t acting any different than anybody,” said Craft.

Houser settled into the theater’s second-to-last row, which was where Randall Mann’s 21-year-old daughter was sitting.

Mann’s daughter heard the first pops about 20 minutes in, thinking they could have been firecrackers or part of the movie. But she “knew something was happening” when she saw muzzle flashes, Mann said. She hit the floor and then ran for her life, joining a panicked but controlled, helpful crowd.

Another man in the theater told Keifer Sanders, who was watching another movie, that “there was no argument, nothing going on at all. And a guy just stood up and started opening fire.”

“The guy was just kind of at ease, just standing there, just shooting,” Sanders said.

Louisiana Gov. Bobby Jindal recounted the story of two teachers, enjoying the last few days of summer break, caught up in the melee. One jumped over the other, a move that the friend said prevented a bullet from hitting her in the head, according to the governor. It struck her in the leg instead.

This all unfolded around 7:30 p.m. (8:30 p.m. ET), about 20 minutes into a film that Houser had bought a ticket for just like everyone else. Afterward, the movie’s star Amy Schumer tweeted, “My heart is broken and all my thoughts and prayers are with everyone in Louisiana.”

“Obviously the audience was laughing, maybe that made him angry,” Mann speculated. “I don’t know. But why did he pick that movie? It’s just very strange.”

Police: ‘He could have come out and done additional harm’

Four on-duty police officers happened to be on the property, Craft said. Within 60 seconds, they were inside the theater.

By that point, Houser had left and come back after noting the quickly growing police presence outside, including one patrol car near the exit door where he’d parked his blue 1995 Lincoln Continental. He reloaded, went back in and shot himself.

“He could have come out and done additional harm,” said Edmonson, the state police colonel. “… It was an ordinary moment, an ordinary night, and it turned into an extraordinary situation.”

While authorities haven’t pinned down how Houser got his weapon, there’s no indication yet that anyone else helped him or knew what he was going to do.

Yet there are clues suggesting this wasn’t a spontaneous act. Searches of his hotel room and vehicle turned up wigs, glasses and other apparent disguises. And he’d swapped out the license plate on his car, which would could have made it harder to track him down if he’d escaped.

The bloodshed comes three years after James Holmes — who was heavily armed and had colored his hair red, a la Heath Ledger as “The Joker” — burst into an Aurora, Colorado, showing of the Batman film “The Dark Knight Rises” and opened fire, killing 12 people and injuring more than 70 others.

His story has been in the headlines recently, given a Colorado jury’s decision to convict him on murder charges. The next step for the jurors is to decide whether he will be sentenced to death.

Security measures were stepped up at some cinemas after the Aurora shooting. Still, theaters across the United States fundamentally remain freewheeling places, where ticket holders can wander in and out, unbothered by the intense security measures that now typify airports and public buildings. Ticket sales also didn’t slump.

Did that eerily similar episode factor, in any way, into what happened about 1,200 miles away in Lafayette? Authorities haven’t said.

Thanks to the fast law enforcement response, Houser did not get away. Still, two families are now mourning and nine others praying, after their loved ones were wounded in the shooting.

There will be more moments with her husband, no more time roaming the Red Arrow gift and toy shop in Lafayette she co-owns, no more gigs playing the ukulele and guitar for The Figs for 33-year-old Jillian Johnson, a Lafayette native who died at a hospital.

And there will be no degree from the Louisiana State University-Eunice or time working at the Coco Eros boutique for 21-year-old Mayci Breaux, who was killed at the scene. Her boyfriend of about three years, Matthew Rodriguez, was shot in the neck and armpit, according to his cousin.

“Although he’s in a lot of pain right now, it is nothing compared to the mental anguish he’s going through,” said the cousin, Patrice Rodriguez Picard. “The whole family is completely distraught.”

Added Caitlin Sonnier, a friend of Johnson: “The confusion, the questions, the whys. … It’s something you don’t fathom waking up to in the morning.”

Two of those injured have been treated and released, and one was still in critical condition as of midday Friday, according to Craft.

Others among the roughly 300 people watching movies at The Grand 16 that night, from boys who went to see “Minions” to Randall Mann’s daughter, are fine physically but not yet psychologically.

“She made a comment that she was just thankful that the shooter did not pick one of the theaters that had some children’s movies in it, because she would have hated for the children to have witnessed that,” Mann said of his daughter, whom he described as “very traumatized.”

“I took that as a great first step of her eventually coping with this.”