Newport News, Va. - The family of a 23-year-old man shot and killed by Newport News Police in early July are filing suit against the City of Newport News for wrongful death.

Kawanza Beaty was shot by an officer on July 4th after he allegedly pulled out a shotgun and pointed it at officers. The shooting happened in the area of 18th Street and Peterson Place around 2:00 a.m. as police were responding to earlier reports of a man armed with a shotgun.

Investigators say when they approached Beaty, he ran, eventually turning around and pointing a shotgun at police. That's when a Newport News Police Narcotics Detective reportedly fired three shots at Beaty.

"No other shots were fired and one round struck Mr. Beaty in the head and he immediately dropped to the ground," Newport News Police Chief Richard Myers previously said.

Chief Myers also revealed that the detective who shot and killed Beaty had been involved in a police shooting before.

Attorney for Beaty's family says officer who shot, killed him was also involved in 2012 shooting that left man paralyzed @WTKR3

A criminal investigation is currently underway and the Chief expects that to be complete by late August. In the meantime, all three officers involved in the incident have been placed on administrative leave with pay.

The family previously called for a federal investigation but Chief Myers said the FBI declined.

The family says the bullet that killed Beaty entered behind his left ear and exited through his right temple. That's according to the medical examiner's report.

"Right now, we just want transparency and want to know why the bullet went the way that it went," says the family's attorney, James Ellenson. He says this lack of transparency is why they are planning to sue.

Ellenson says the chief has failed to keep the family informed and says the lawsuit may give him no choice. 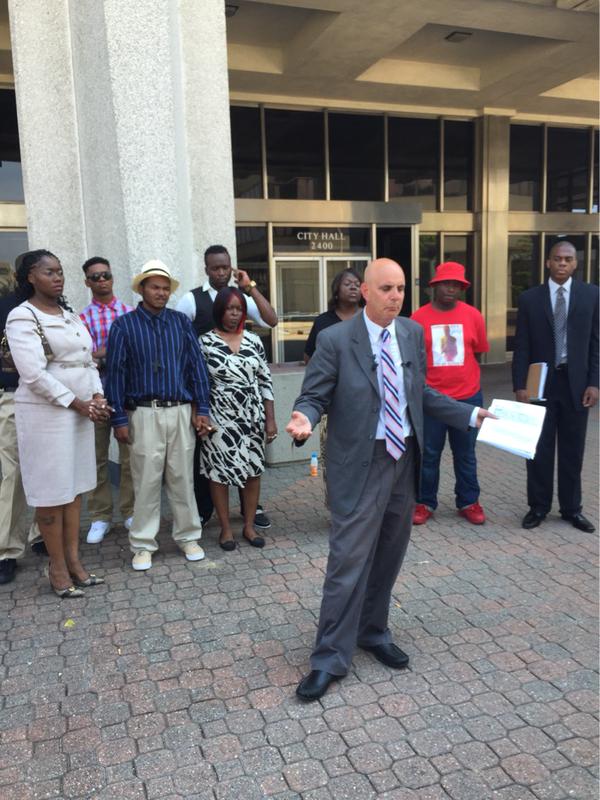