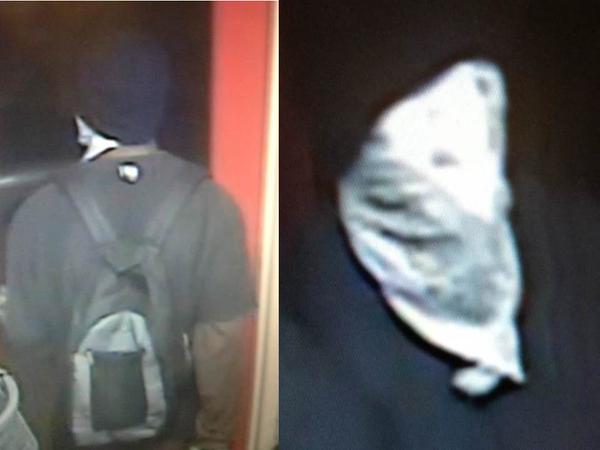 Hampton, Va. – Hampton Police are looking for a person responsible for robbing the Pizza Hut in the 1900 block of East Pembroke Avenue early Sunday and the Burger King in the 3400 block of West Mercury Boulevard early Monday.

Police say they responded to the Pizza Hut at 1:55 a.m. Sunday.

An employee said he walked outside and was confronted by a man with a gun who made him re-enter the Pizza Hut. Inside, the man demanded money. After receiving the money, the man got into the passenger side of a dark-colored sedan and left the scene.

Police say they responded to the Burger King at 12:41 a.m. Monday.

An investigation revealed an employee had gotten into her vehicle and spotted an unknown man in her backseat. The man forced the employee back into the business at gunpoint and demanded money.

After receiving an undisclosed amount of money, the man again got into the passenger side of a dark-colored sedan and left the scene.

The man is described as a black male, 5’4”-5’7” with a stocky build. He was last seen wearing a dark short sleeved shirt with a gray long sleeved shirt underneath, dark pants, black shoes and a white bandana covering his face. He was also wearing a gray stocking cap, gray gloves and he was carrying a backpack.

If you have any information that can help police, you’re encouraged to call the Crime Line at 1-888-LOCK-U-UP.