Great Scott! Lexus reveals hoverboard, but you can’t buy it

NEW YORK (CNNMoney) — You can’t be Marty McFly just yet.

Lexus revealed on Tuesday a 30 second teaser that included a real-life functional hoverboard very similar to the one that Marty McFly used in 1989’s “Back to the Future Part II.”

But Lexus has since made clear that it is not planning to make or market a hoverboard.

Lexus unveiled the hoverboard on a promotional ad called “Slide” showing the board seemingly hovering over a skateboard park.

However, before your heart takes flight Lexus pointed out that while the hoverboard in the ad does levitate, you won’t be able to buy one anytime soon.

The board uses “magnetic levitation to achieve amazing frictionless movement” along with “liquid nitrogen cooled superconductors and permanent magnets.” But since concrete isn’t magnetic it’s highly unlikely that the board acts as it does in the ad.

The company also didn’t create the board, but collaborated with “world leading experts in super conductive technology” to showcase “the creativity and innovation of the Lexus brand.” 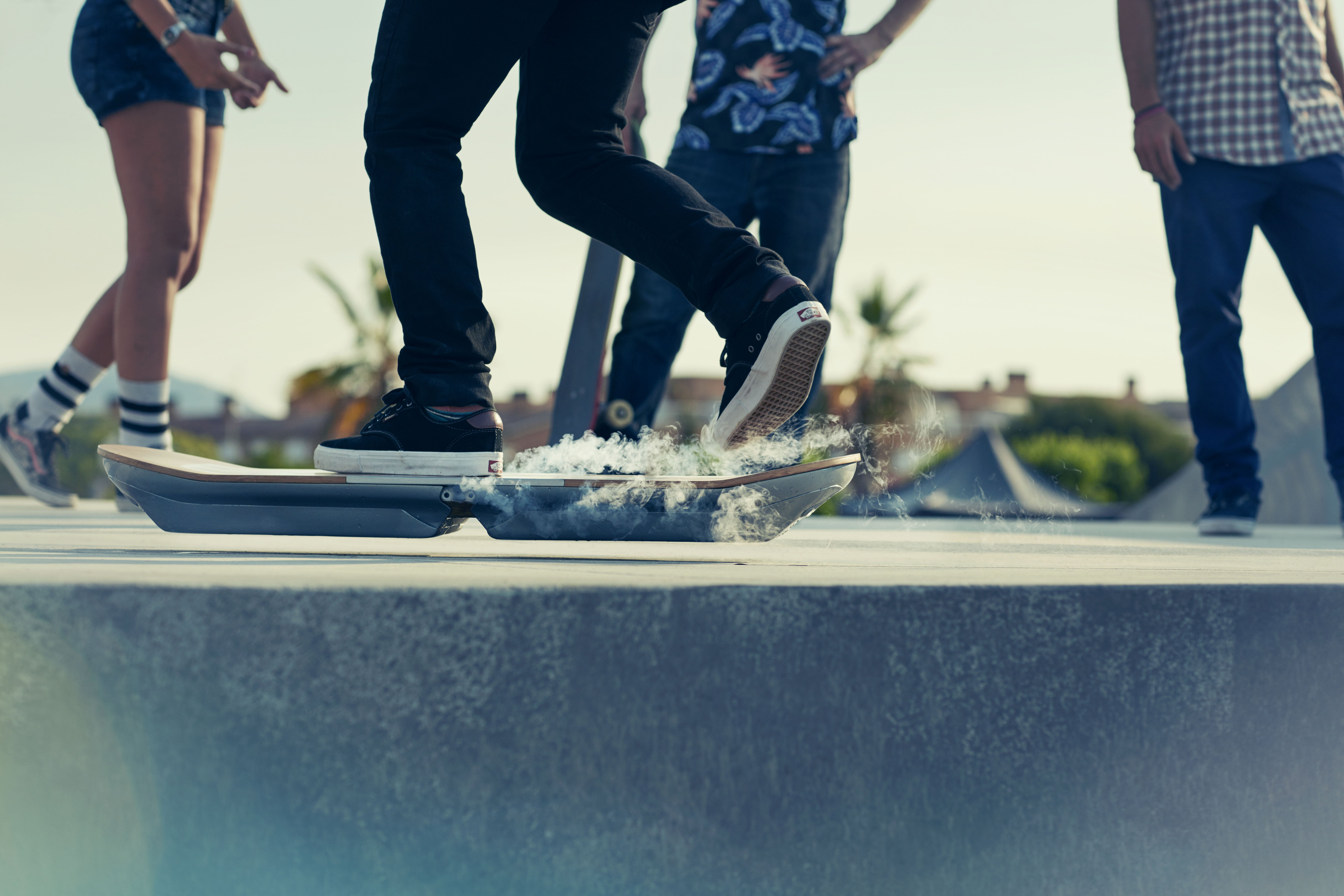 The hoverboard teaser is part of a series of futuristic Lexus ad campaigns. The “Slide” ad took off on Wednesday because of the nostalgia for the 1989 film.

Fans of the series were skeptical Wednesday morning after having been fooled before, thanks to viral hoverboard stunts and hoaxes in the past.

“If this hoverboard is just a promotional stunt, Lexus is going to bring a whole lot of nerd hate down upon it,” tweeted Gavin Purcell, executive producer of “The Tonight Show.”

The “Back to the Future” trilogy is a popular film series beloved by fans that has totaled nearly $1 billion at the box office.

In the 1989 Universal sequel, Marty and his time traveling companion Doc Brown travel to a 2015 version of the fictional California town, Hill Valley.

In this future, there are hoverboards, self-lacing shoes, and even the Chicago Cubs winning the World Series.

The 26-year-old film did get a lot of things wrong about the future (pay phones in 2015? Not so much), but in many ways predicted wearable tech and news drones.

Nike even patented self-lacing shoes in 2008.

Plus, hey, the Cubs are currently in playoff contention so maybe it’ll get that right too.