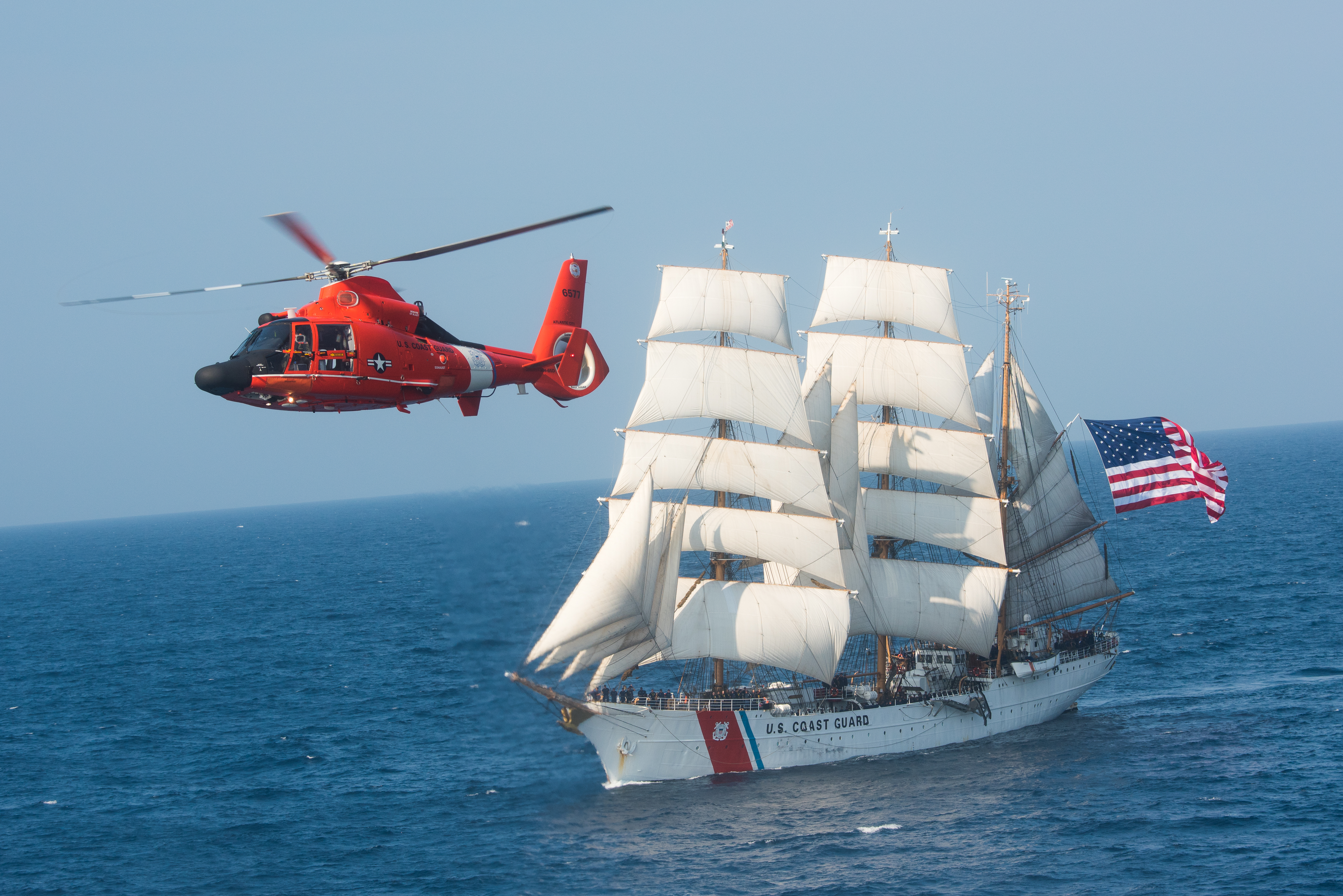 ATLANTIC OCEAN — The Coast Guard recreated the U.S. Postal Service’s stamp commemorating the Coast Guard’s 225 years of service to the nation off the Atlantic Coast this week.