Suffolk, Va. (WTKR)- Authorities have suspended the water search for a suspected DUI driver who fled from his vehicle and was last seen walking into the James River early Monday morning.

An officer initiated a traffic stop on a Dodge pickup truck around 1:30am for a suspected DUI on Respass Beach Road.

The driver refused to stop and crashed a short time later in the 5000 block of Bay Circle after driving through a lawn and hitting a lawn pole and power guy-wire.

The driver and the passenger, both men, ran from the vehicle.

The driver was last seen walking into the James River. The passenger has also not been located, but authorities do not think he went into the water.

Suffolk Police, the Coast Guard and the Suffolk Marine Patrol spent several hours searching the James River but neither the driver nor the passenger have been located.

"Definitely not what you expect to wake up to on a Monday morning," neighbor Benjamin Luallin told NewsChannel 3's Todd Corillo.

Suffolk Police tell NewsChannel 3 the truck did not come up as stolen. They're continuing to investigate.

Anyone with information is asked to call the Crime Line at 1-888-Lock-U-Up. 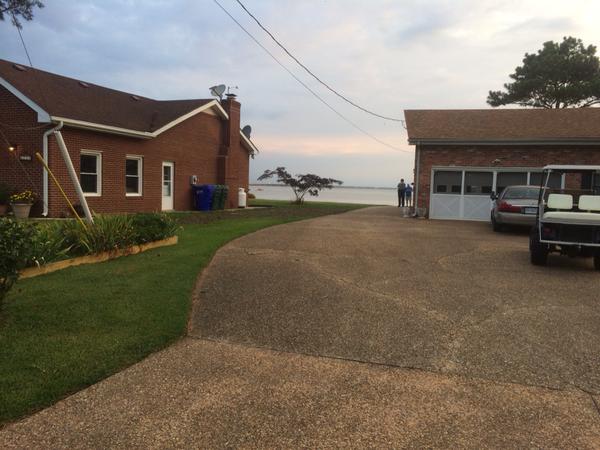