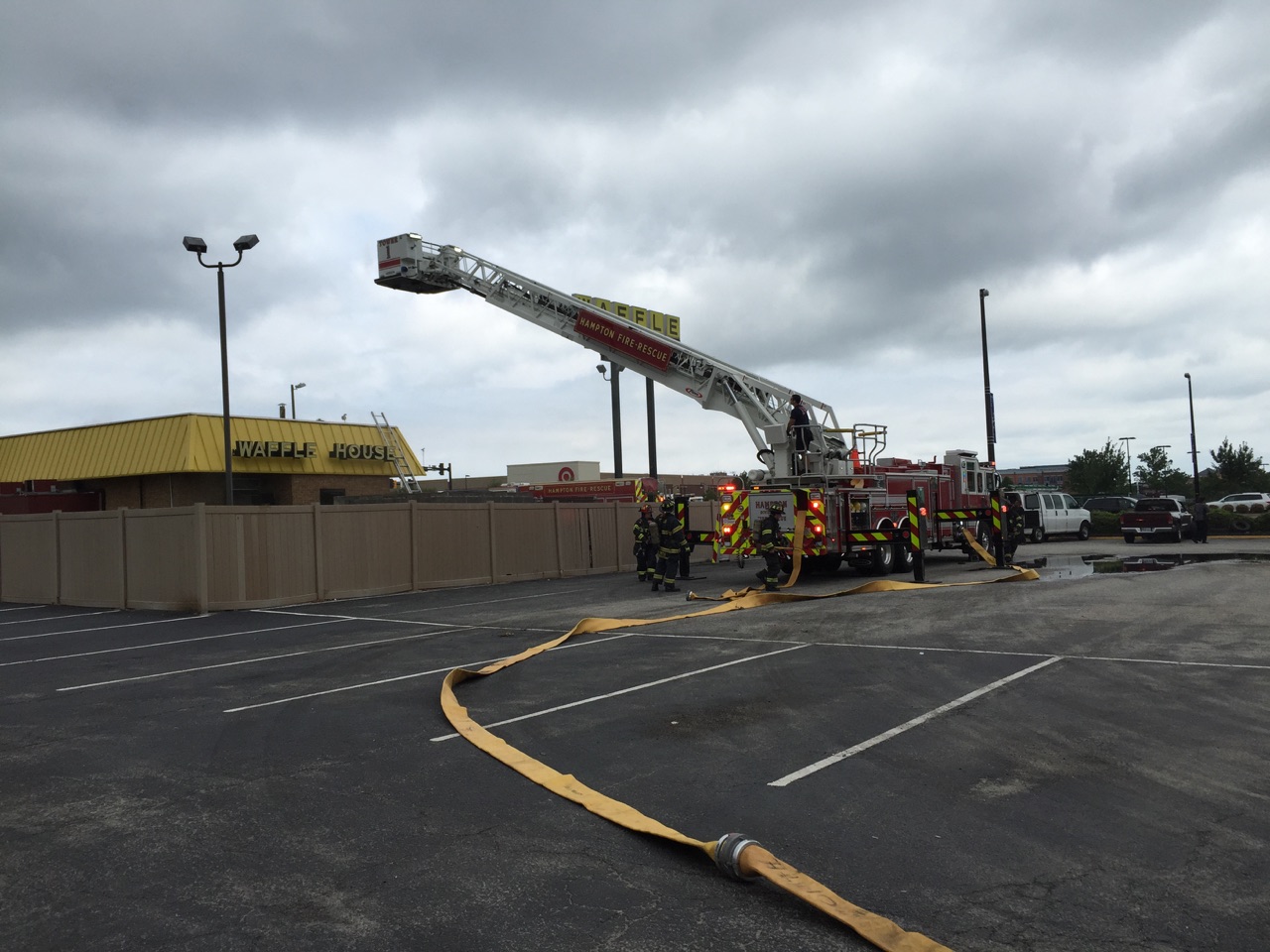 Hampton, Va. – A Hampton Waffle House had to shut down after a fire broke out in the building on Tuesday morning.

When crews first arrived, they saw smoke coming from the eves of the building.

Customers and employees were out of the business before they arrived.

Employees smelled smoke and called for help. Officials say the fire had not yet reached the restaurant’s fire protection system.

Fire officials say the fire was caused by soldering pipes too close to combustible material.

There’s no word on when the restaurant will be reopened.