Chesapeake, Va. - Chesapeake Police are currently looking for two people who ran from officers following a short vehicle pursuit in the Camelot neighborhood.

"He looked like he was tired and sweaty, so I thought he was just splashing water on his face but he said he was drinking water. I said, 'No. You can`t do that,'" says Odom.

This couple had no idea he was one of the individuals running from police.

Odom says he just seemed thirsty and he politely left her backyard when she asked.

According to Chesapeake Police spokeswoman Kelly O'Sullivan, an officer attempted to make a routine traffic stop on a vehicle in the neighborhood at the intersection of Tournament Drive and Roundtable Drive at 8:50 a.m.

The vehicle refused to stop and police followed them a half-mile away to the 3000 block of Roundtable Drive.

It was then that three males got out of the car and ran.

The 16-year-old driver was captured and charged with possession of a stolen vehicle, driving on a suspended operator’s license, felony eluding, speeding & refusing to stop at a stop sign.

NewsChannel 3 caught him shirtless and smiling in the back of a Chesapeake patrol vehicle.

"Yeah, he had good manners. I said,  'You can't drink that water because there's chemicals in the pool, and he said yes ma'am.' I said, 'Well you just go on out the yard,' he said OK," says Odom.

The other two were not found.

Portsmouth Police have also responded to assist Chesapeake Police with the search.

A check of the vehicle revealed that the vehicle was stolen out of Portsmouth early Tuesday morning, police say.

Other residents in the area say they saw officers swarming their street.

"Next thing I know, bam! A bunch of police all in the backyard on this side," says a neighbor who lives only a few houses down. 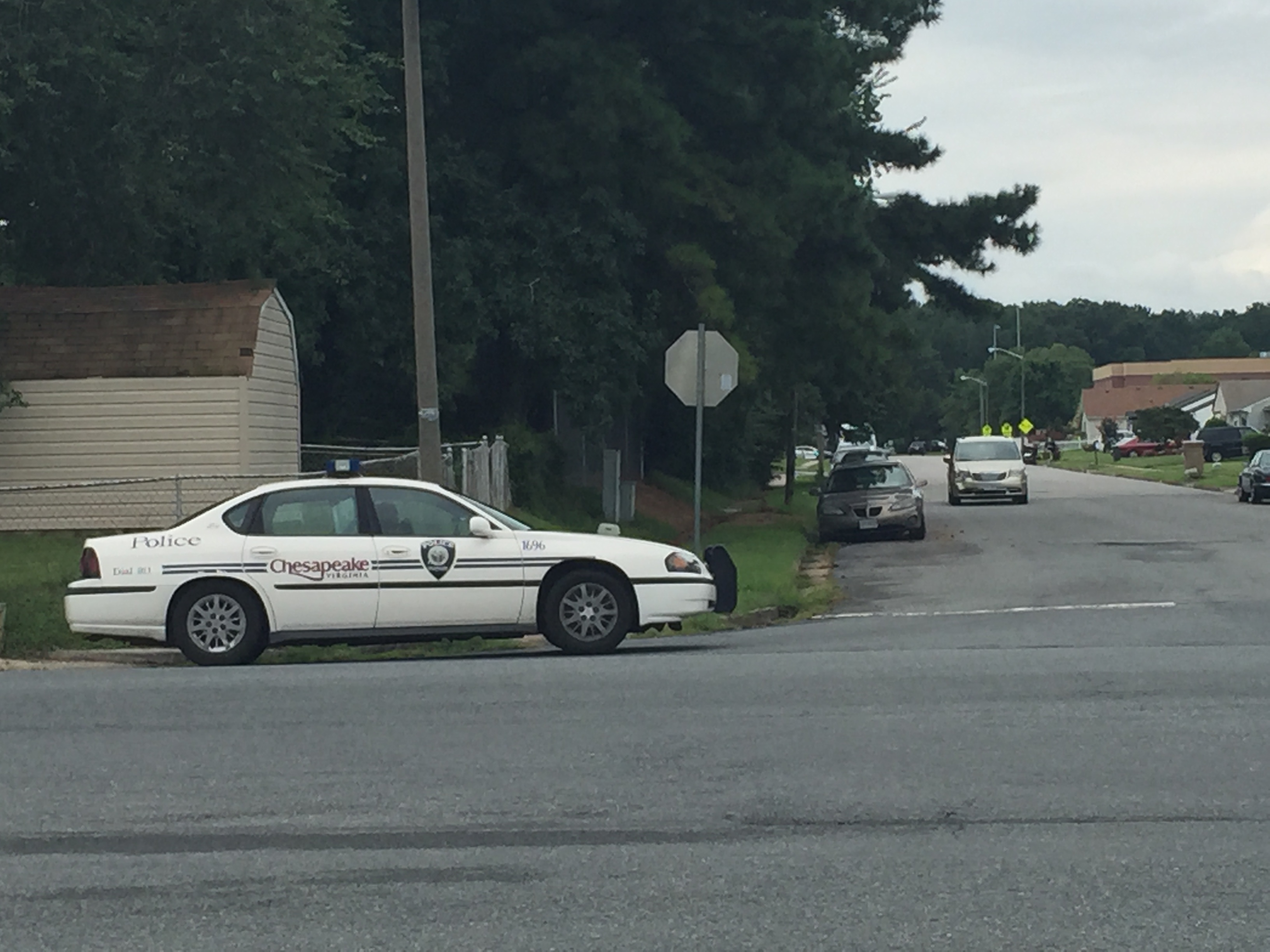