Chesapeake, Va. - Residents in one Chesapeake neighborhood are fed up with one neighbor's yard, saying high grass and weeds are causing an eyesore and a pest problem.

Dora Crook lives across the street from the problem home at 2700 Halsey Street. She says in her 40 years living on the street, she's never experienced anything like this. 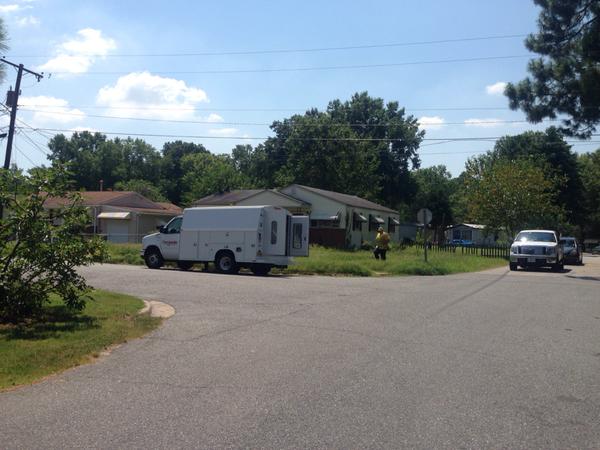 So Dora took action and wrote to NewsChannel 3 about the issue.

"This is a disgrace. Our neighborhood is a good one and this yard, as you turn on our street, makes it look like the slums. Snakes and rats have been coming out of this mess," she wrote.

Dora says she and her neighbors have contacted the city numerous times but nothing has been done.

The Chesapeake City Code says it is the owner’s responsibility to remove all weeds and debris from their property. Grass and weeds are not allowed to grow over 10 inches in height.

If someone is in violation of the code, the owner may be contacted by the city to take care of the problem. If they still don’t comply, the city MAY come out and cut the grass and fine the owner.

Dora says the city has come out to post a violation notice to the front door of the home, but it was removed a few weeks later.

"It was posted on the 8th and gave him 10 days to fix the yard, clean it up. And the city worker came by two weeks later, to the door, and took the sign off of it," she says.

The owner of the home hasn't lived at the property in over a year, neighbors say. And it's been at least six months since he's even checked on the property.

"The owner should be out here responsible enough to take care of their own yard if they still own the property. But they’ve gone a year, three times they’ve been here in a year, and they haven’t been here in six months now. And six months is too long. We are hoping to call the city. I have called multiple times and I hope the city will at least come out," says neighbor Bob Crockett.

NewsChannel 3 reached out to the owners of the property. The property owner's son quickly responded to the Halsey Street property and promised the grass would be cut.

A week later, the grass had been cut and the neighbors are happy.

"The owner sent somebody to cut the grass even after dark," Dora says. "We were just happy. We are happy. The neighbors are happy and I want to say thank you Channel 3 for your work."