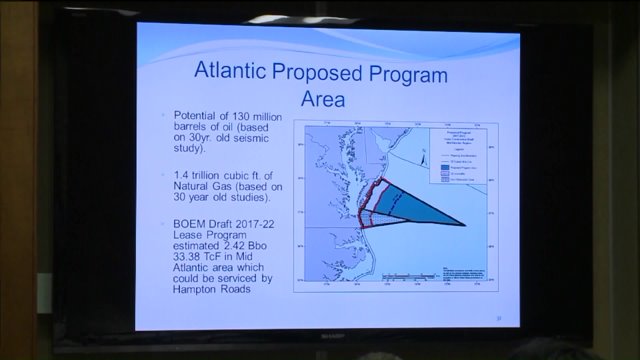 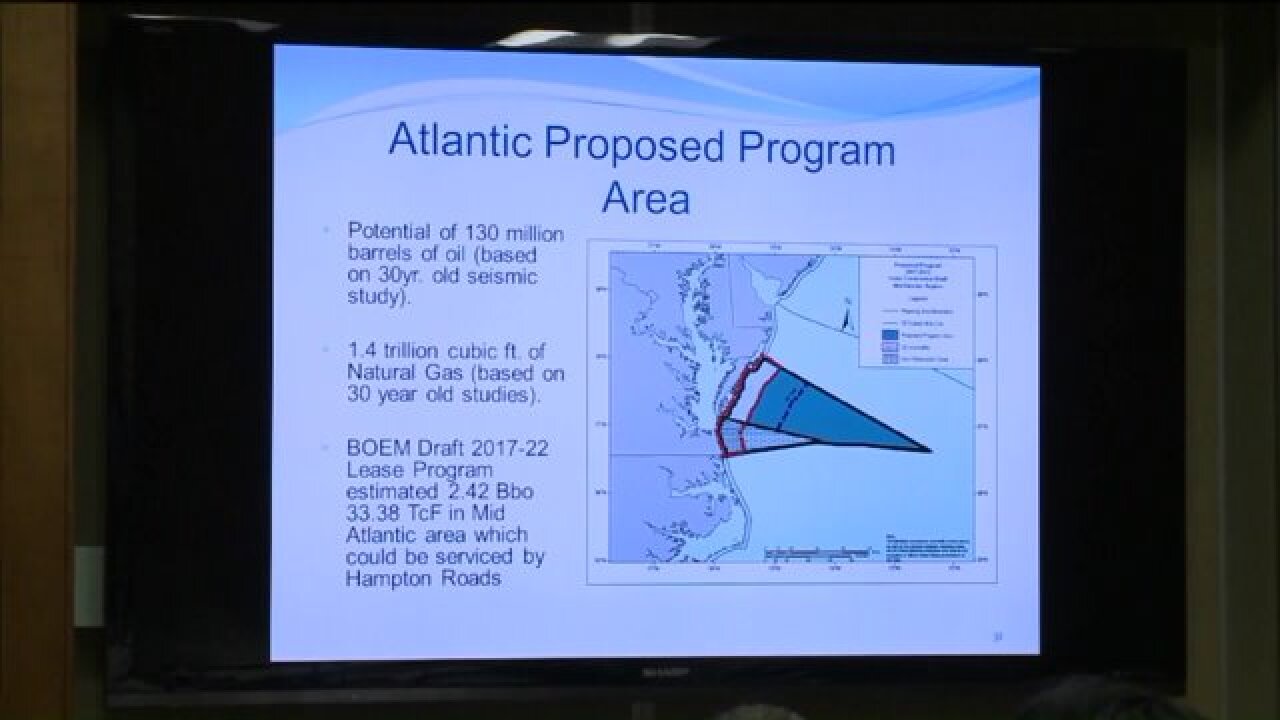 Virginia Beach, Va. - Could drilling happen off the coast of Virginia Beach one day? It's a possibility the city council talked about Tuesday night.

The issue is back before the council after several groups recently came out against it, including the Virginia Beach Restaurant Association and the Beach Hotel Association. A common worry is the potential impact on the environment.

“It takes just one spill to do such economic and environmental damage that our industries in this area would not recover from,” says Eileen Levandoski from the Sierra Club.

She is helping to lead the fight against the drilling, passing out stickers and signs against the offshore drilling.

No one on council took a firm position at the meeting, including Councilman Bob Dyer.

Supporters say the drilling would create thousands of jobs and help transform the area's economy.

Five years ago, the city council approved a resolution in favor of offshore drilling. But much has changed since then.

The 2010 Deepwater Horizon oil spill along the Gulf Coast sent more than 3 million Barrells of oil into the water. Scientists are still working to figure out the full economic and environmental impact.

And the council still has lots of questions about how the drilling would work for Hampton Roads.