Century-old message in a bottle washes up in Germany

(CNN) — More than a century ago, a British scientist named George Parker Bidder dropped 1,020 glass bottles into the sea in an experiment designed to figure out how currents worked at the bottom of the ocean.

Now one of those bottles, dropped between 1904 and 1906, has washed up on a German beach — raising hopes it might claim a world record as the oldest message in a bottle ever found.

Its finder, a German woman named Marianne Winkler, followed the instructions written on a postcard inside and sent it back to the Marine Biological Association of the United Kingdom. 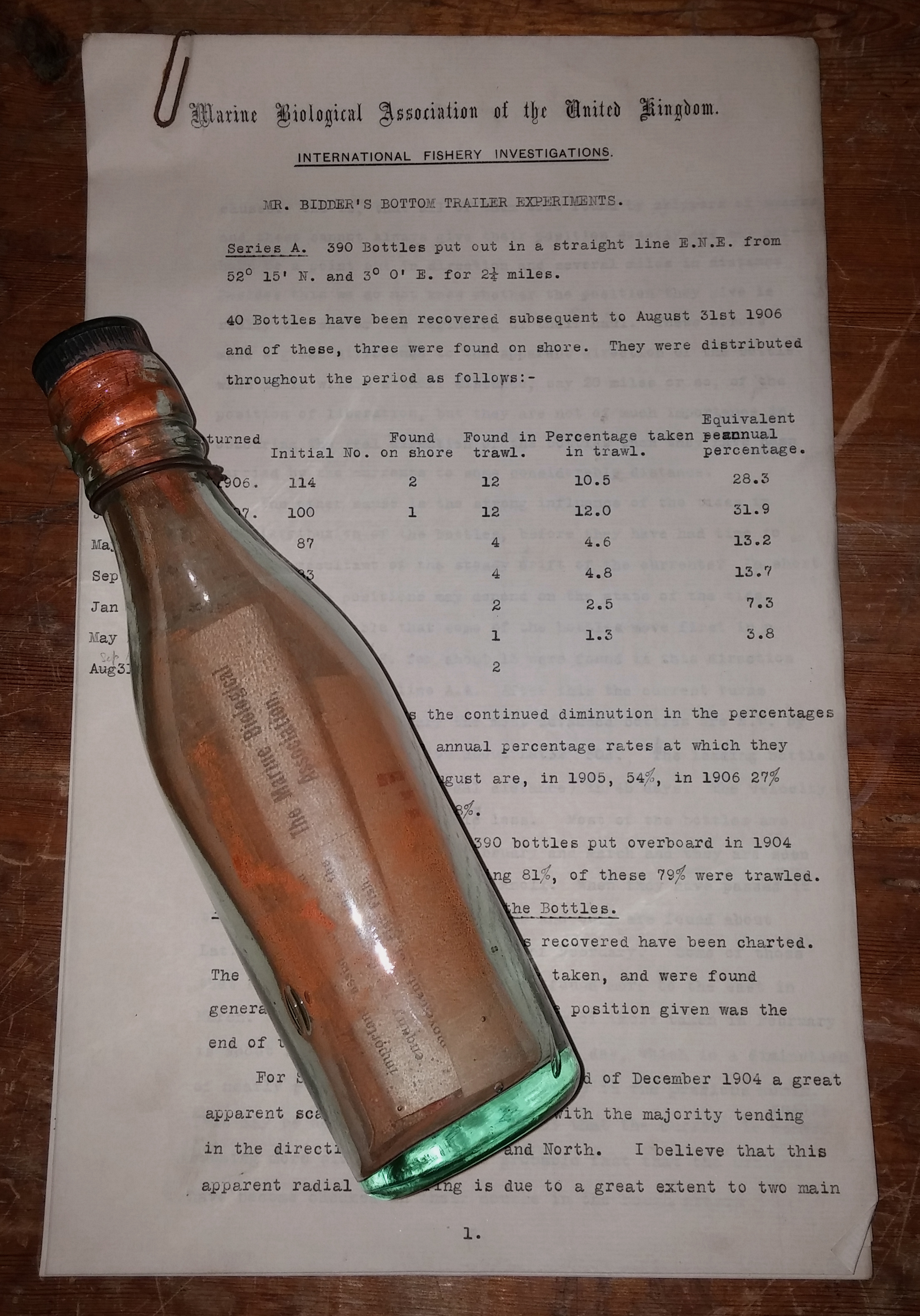 For those at the British group, the arrival of the envelope was a bit of a surprise, said its communications officer, Guy Baker.

But the name on the postcard — George Parker Bidder — was a big clue since he’s a former president of the association.

A quick search of the archives revealed he had released the bottles into the North Sea at the start of the 20th century as part of a study into bottom water movement and the migration of plaice.

“When we got this postcard saying George Parker Bidder, it was exciting because nothing like that has come back in living memory,” Baker said.

While many of the bottles — dubbed “bottom bottles” in Bidder’s notes — were recovered at the time, often trawled up by fishermen, around 400 are still unaccounted for, Baker said.

“We think most of these will probably be long lost — but it’s not impossible that another one will turn up, although it’s quite unlikely,” he said.

The postcard inside each bottle had instructions in English, Dutch and German asking the finder to send it back with details of where, when and how it was found.

Winkler and her husband had to break the bottle to extract the postcard — found in April on Germany’s Amrum Island in the North Sea — since the lid was impossible to remove. Fortunately, though, they had the foresight to take a picture before they did, Baker said.

The postcard also promised the reward of an English shilling for anyone returning it to Bidder for his research.

The Marine Biological Association honored that promise, sending Winkler a shilling — a coin that was phased out after Britain introduced decimalization in 1971 — in a presentation box with a letter of thanks.

“The next thing for us is to see if we have got a world record,” said Baker, adding that the association is sending details to the Guinness World Records.

The current record for the oldest message in a bottle stands at 99 years and 43 days — so if the new discovery is accepted as being one of Bidder’s “bottom bottles,” then it could well claim that title.

Technology has developed hugely over the intervening century, but scientists are continuing to track what happens at the bottom of our oceans.

These days, Baker said, the “message in a bottle” used by scientists at the Marine Biological Association is a tiny electronic tag fitted to individual fish and used to gather data on how and where they move.