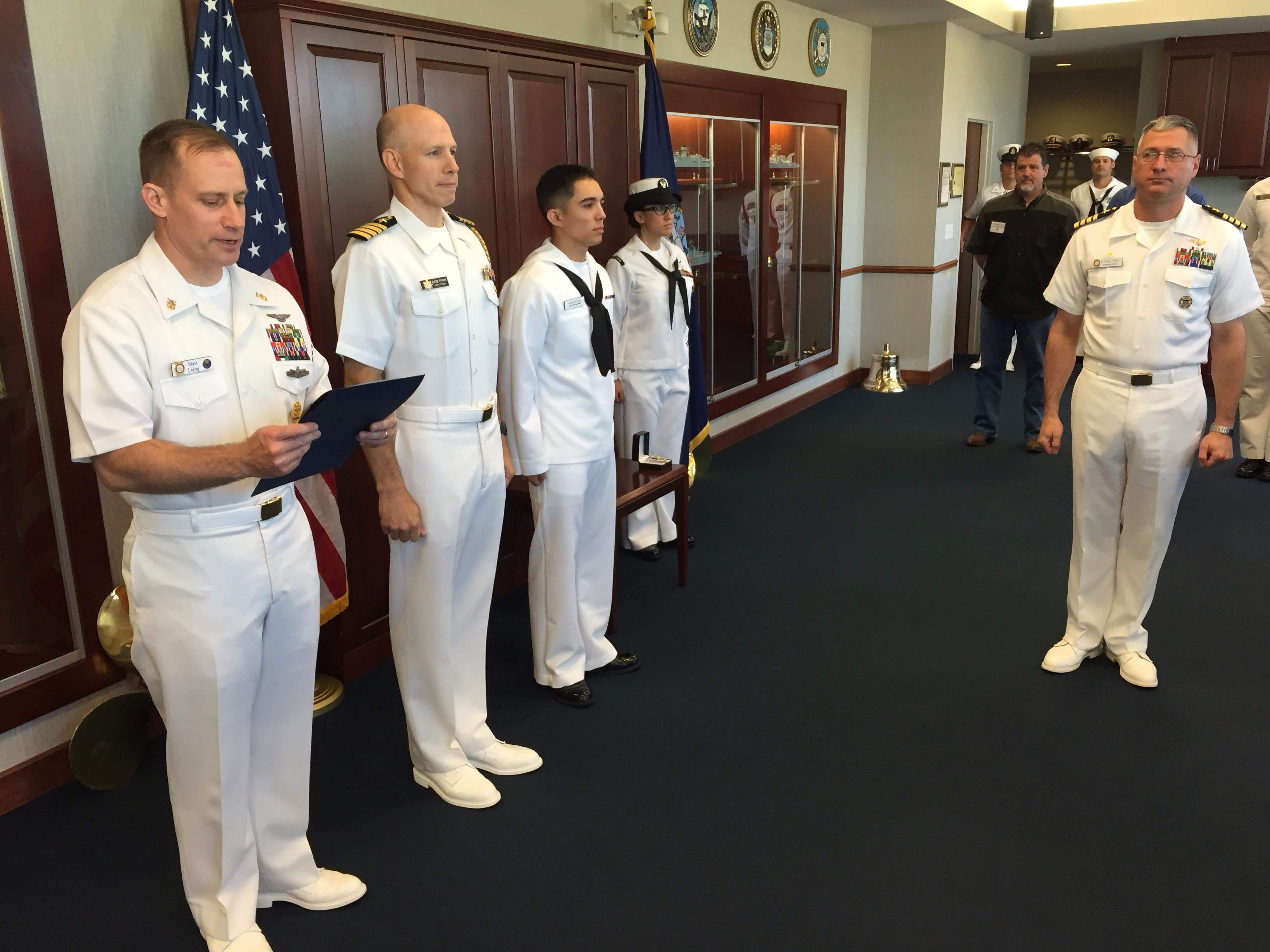 The Navy issued 15 Sailors the new Navy Basic Military Training Honor Graduate ribbon on August 20th, the day before they were to graduate from Boot Camp.

The new ribbons are issued to the top performing recruits during Basic Military Training. No more than 3% of each weekly graduating group will be selected.

Typically, a Sailor leaves Boot Camp wearing just one ribbon – the National Defense Service Medal, which is only issued during times of national emergency. Those ribbons have been continuously given out since September 11, 2001.

Secretary of the Navy Ray Mabus approved the new award on August 18th.

A press release stated the honor will “provide a physical recognition of the Sailor’s outstanding achievements in academics, physical fitness, recruit leadership and commitment to the Navy core values of honor, courage and commitment.”

The ribbon will rank 83rd in the Navy’s award order of precedence, immediately after the Navy Ceremonial Duty Ribbon.