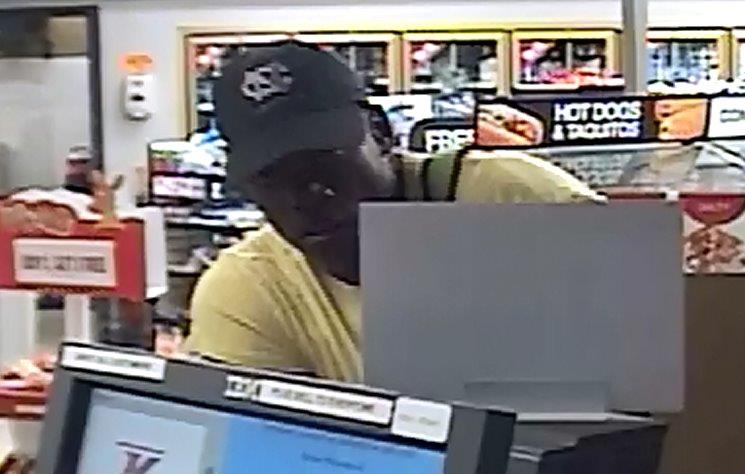 Suffolk, Va. – Suffolk Police are investigating an armed robbery that occurred at the Kangaroo station in the 800 block of West Washington Street in downtown Suffolk on Thursday morning.

Police were called around 4:30 a.m. reporting the incident.

An employee said a black male entered the store, implied he had a weapon and demanded money and cigarettes.

The man fled from the scene after receiving the items.

The man described as a black male in his late 20’s to early 30’s, 6’2” with a thin build, goatee, wearing a yellow shirt, denim jacket and jeans and a black logo ball cap.  The subject was also carrying a back pack.

He had also entered the business at approximately 3:00 a.m. and was wearing a plaid shirt and the same ball cap at the time as seen in the surveillance video footage.