WASHINGTON — For two months they were submerged under the ocean’s surface, much of that time far below a solid mass of ice.

As they passed through the Bering Strait bordering Russia, they steered around undersea ice formations more than 30 feet deep. When they finally punched through the Arctic ice cap just shy of the North Pole, it took them five hours to break the ice off their submarine’s key hatches so they could reach the fresh air.

What they found awaiting them was a cold, white world of silence, of complete isolation, with not so much as a bird in sight.

Some of the smiling young sailors who emerged from the USS Seawolf to take in the scene decided to take their re-enlistment oath for another tour of duty right then and there.

It was, according to Navy Cmdr. Jeff Bierley, who commanded the sub, a “once-in-a-lifetime opportunity, an incredible experience not many people get to have.”

“There was nobody there but us,” Bierley said of the Seawolf’s August 1 trip to the Arctic surface, hundreds of miles from the nearest human. When you first open the hatch, “the thing that strikes you is, it’s so quiet. It’s completely silent.” 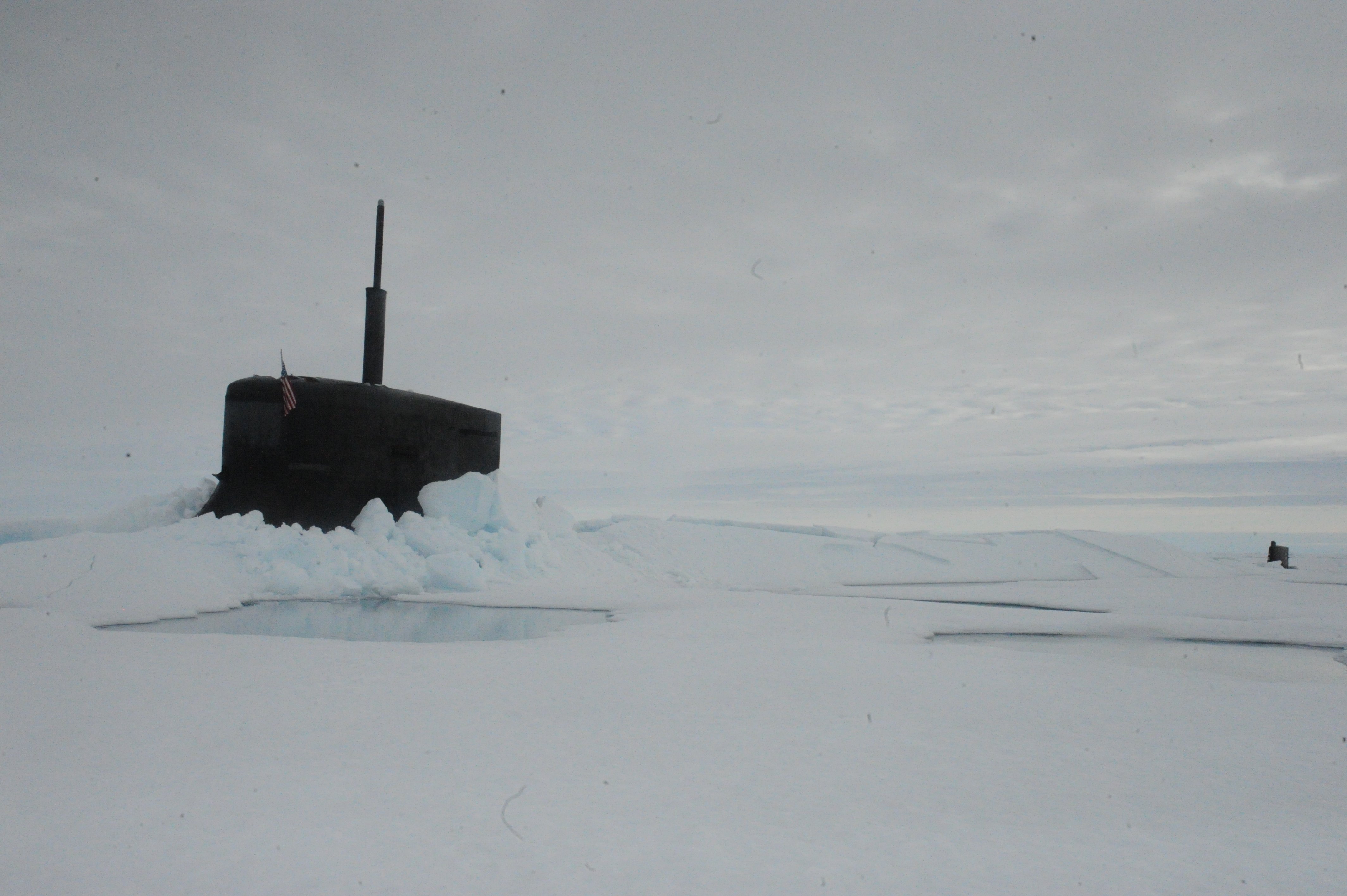 The Seawolf has just returned home after a six-month deployment in which the crew had no communications with their families during the two months they were submerged — several weeks of which were entirely under ice. Fresh air wasn’t the only thing the crew of 154 lacked. Though the sub went to sea with plenty of food, the commander said the fresh fruit and vegetables were eaten “in about a week.”

So why do it, aside from giving the sailors aboard the thrill of their naval career? Why does the Navy regularly send submarines to the Arctic ice cap, especially with nobody else there, and no threat on the horizon?

“Our focus was demonstrating the ability to surface through the ice,” he said in a telephone interview from his naval base in Bremerton, Washington. “It’s an important operational priority to demonstrate we can operate in that environment.”

The deployment allows the Navy to showcase “freedom of navigation,” the capacity to maneuver a ship or sub anywhere on Earth, and to do so in a region, the Arctic, that is growing more important every year.

The Pentagon has long thought of the North Pole as much more than the mythical home of Santa Claus. Submarines have been conducting under-ice Arctic operations for more than five decades, sometimes completing exercises that include building “ice camps,” or temporary bases, on the surface. But now the location has become even more serious for national security.

President Barack Obama makes the first trip of a sitting president to the Arctic Monday to highlight the region’s importance and the implications there of climate change.

“The Arctic is going to be a place of growing strategic importance. The Russians are active there,” Defense Secretary Ash Carter told a Senate Armed Services Committee hearing in March.

Gen. Martin Dempsey, chairman of the Joint Chiefs of Staff, said at the same session that “the Russians have just taken a decision to activate six new brigades — and four of them will be in the Arctic.”

All this comes as the Arctic environment itself is rapidly changing and the Navy’s Arctic Submarine Laboratory is embarked on a high-tech effort to understand what exactly is happening in this remote region.

Through the Navy’s task force on climate change and its Arctic Roadmap project, the Navy is using a large array of robotic technologies — including small oceangoing drones — to study the atmosphere, the ice and the sea.

The military is already seeing the impact of a changing climate with rising temperatures and melting ice.

“The observed changes in the Arctic region climate and the reduced extent of summer ice reveal the potential for the Arctic Ocean to become a more viable route of international shipping over the coming decades. Opportunities exists for infrastructure development and commercial investment, resource exploitation, fishing and tourism,” the Navy said in its roadvmap report.

The Navy noted in the report that in the past century, average Arctic temperatures have increased at almost twice the global average rate.

There are already important resources there to protect: The Navy estimates the potential value of hydrocarbons in the U.S. Arctic alone exceeds $1 trillion.

Submarines like the Seawolf can travel more than 800 feet below the surface, carrying up to 50 missiles and a mix of torpedoes and mines.

The hope is none of it will ever be needed, but if the Arctic becomes more heavily traveled, and some nation poses a threat, the U.S. Navy plans to be ready.