Meet Britain’s battleship of the future 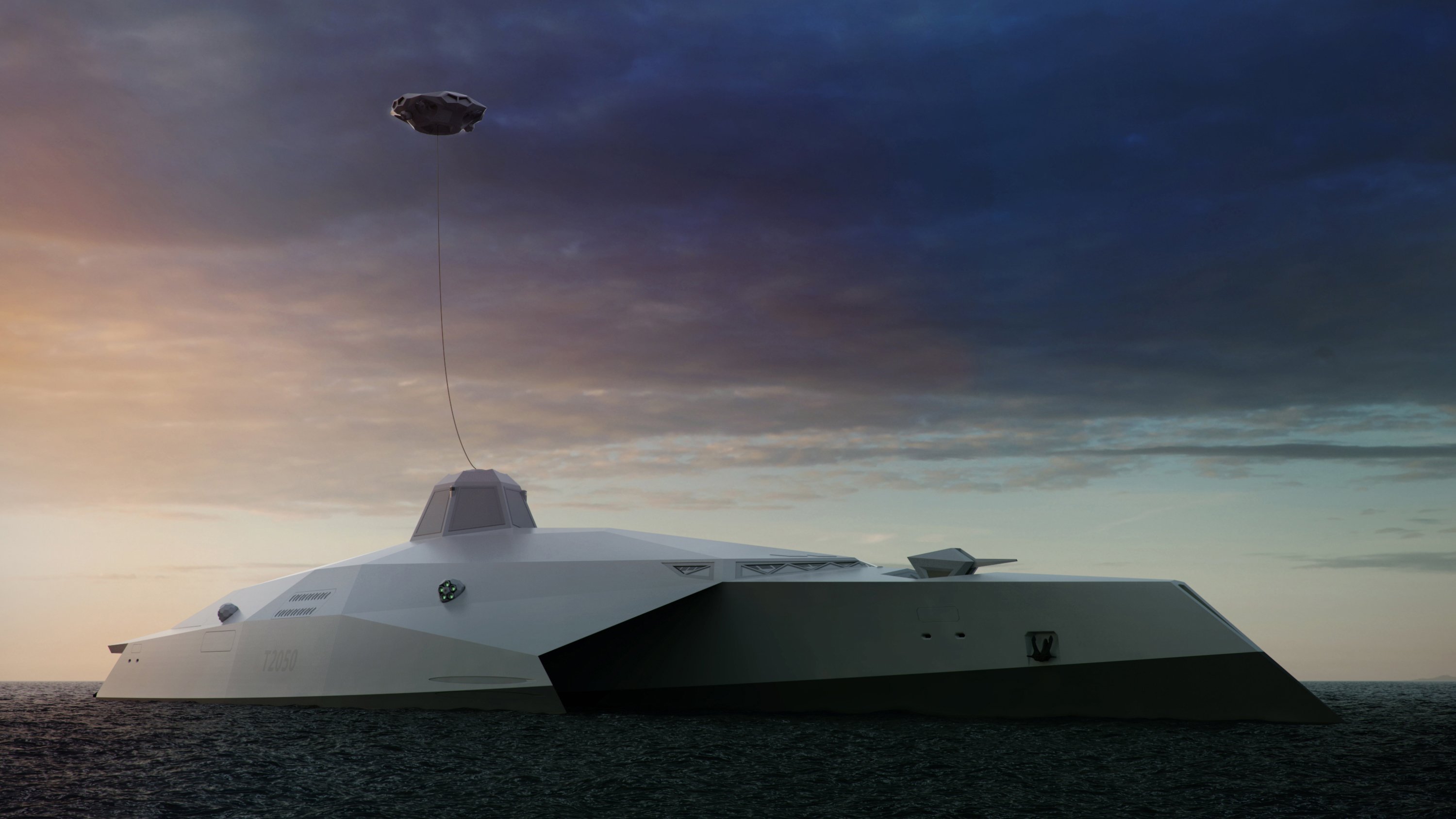 Torpedoes that travel at almost 350 mph, an electromagnetic rail gun with the range of cruise missiles, a quad-copter that fires lasers, drones made on board and a holographic control room.

Those are just a few of the things that some of Britain’s youngest and brightest scientists and engineers came up with when the country’s Ministry of Defense challenged them to envision the battleship of the future.

The scientists and engineers from defense contractors, the Ministry of Defense and the Royal Navy brought their ideas together in what’s dubbed “Dreadnought 2050,” an homage to the HMS Dreadnought, a 20,000-ton, 527-foot-long battleship launched in 1906. The HMS Dreadnought “represented such an advance that all other major warships were rendered obsolete,” according to a press release from Startpoint, the Royal Navy organization overseeing the current project.

Startpoint says its mission is to “tackle parallel challenges of providing advanced technology set against the backdrop of funding constraints.” Looking at the artist’s conceptions of Dreadnought 2050, “cheap” is not a word that comes to mind. Words like “starship” or “battlestar” seem more apt.

Dreadnought 2050 is a tri-hull design and it’s not steel as most battle ships are. It’s an ultra-strong, see-through acrylic, Startpoint says.

The ship does away with the traditional mast, using instead a quad-copter tethered to the ship with carbon nanotubes that would carry power for sensors and a laser gun to take out nearby threats.

For threats farther off, there’s an electomagnetic rail gun on the bow that can fire a projectile hundreds of miles. Tubes in the two outrigger hulls would be armed with “supercavitating” torpedoes, which go so fast that they vaporize the water around them and create an air pocket that lets them fly through the water.

The aft section of Dreadnought 2050 would have a flight deck for drones that could be made onboard using 3-D printing technologies and a “moon pool,” a floodable deck from which amphibious troops could be dispatched on missions.

Control for all this comes from what the Royal Navy dubs the “Ops Room,” in the center of which is a holographic command table linking all the ship’s systems to commanders aboard, Royal Navy and Ministry of Defense headquarters and even NATO allies, according to Startpoint. The Ops Room would be manned by only five people, compared to 25 on today’s ships, and the entire ship could be run by as few as 50, compared to about 200 on those in service now.

With manpower a major cost for militaries, that’s where a big chunk of cost savings comes in.

While it all may seem a bit of head-in-the-stars thinking, the Royal Navy says that’s exactly the point.

“The Royal Navy needs visionary, innovative thinking and these concepts point the way to cutting edge technology which can be acquired at less cost and operated with less manpower than anything at sea today in the world’s leading navies,” Startpoint senior executive Muir Macdonald says in the press release.

To be sure, see-through hulls may not be around the corner, but some of the technologies are here now. The U.S. Navy is testing ship-borne lasers and rail-gun prototypes, and 3-D printing is something even civilians can get their hands on.

And maybe projects like this will have some of those tech-savvy civilians thinking about the defense industry.

“We want to attract the best new talent to sea to operate, maintain and develop systems with this level of ambition,” Cmdr. Steve Prest, the Royal Navy’s fleet robotics officer, says in the Startpoint statement.