Fans out in force for new Star Wars toys 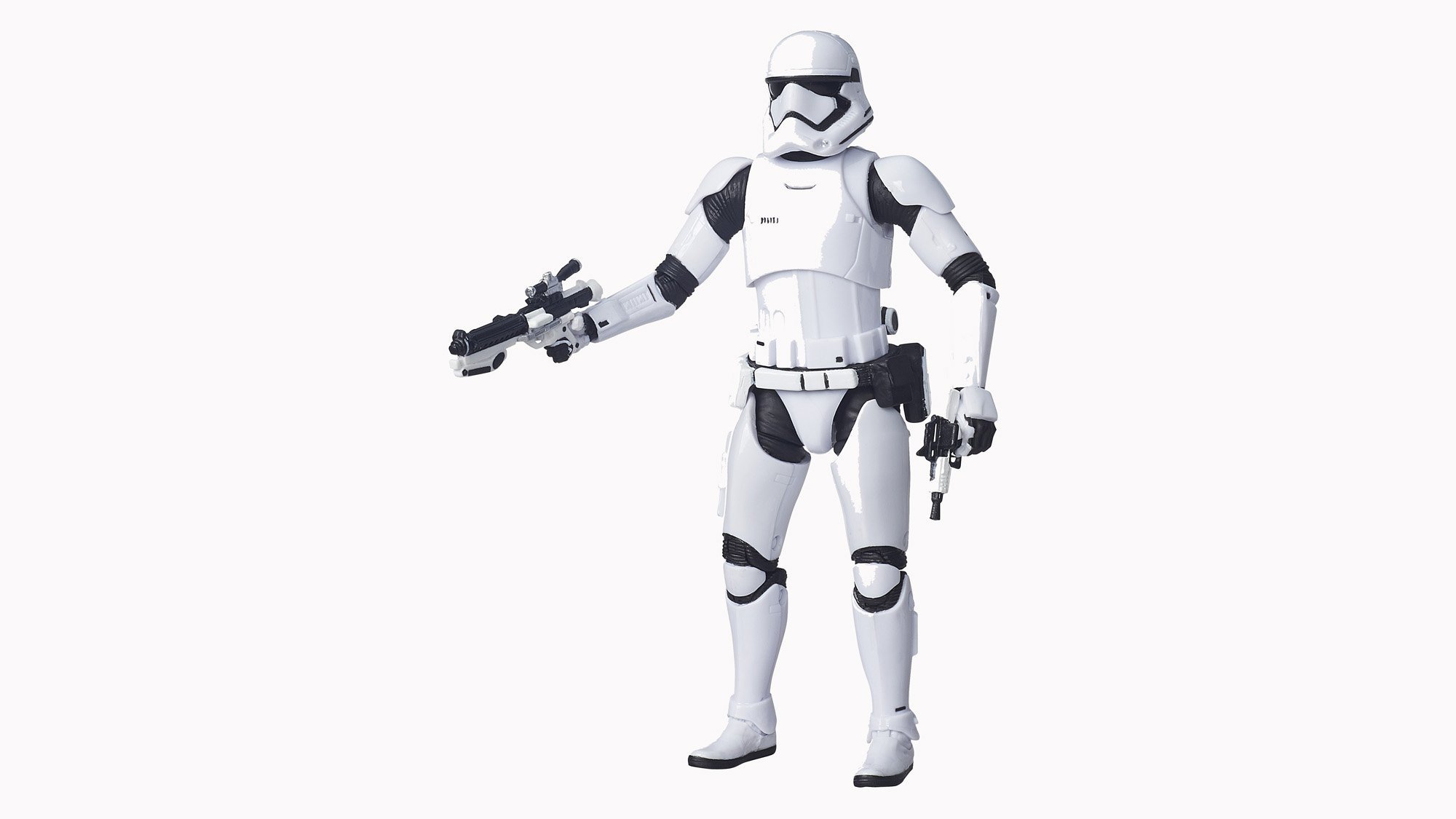 Stores around the world opened their doors early on what has been dubbed “Force Friday” to sell new Star Wars merchandise to eager fans.

New lightsabers, action figures and bobblehead dolls tied to “Star Wars: Episode VII — The Force Awakens” went on sale at Toys R Us, Walmart, Target and other retailers. That followed hours of live streaming Wednesday and Thursday on YouTube of people “unboxing” some of the hottest new Jedi fare.

At Toys R Us in New York’s Times Square just before midnight, hundreds of people were waiting for hours to be first in line.

Many of the people who spoke to CNNMoney said they knew they could have stayed home and ordered toys on Amazon.

But where’s the fun in that? Fans who made the trip to Times Square were rewarded with Jedi lightsaber lessons and got to watch Stormtroopers twerking.

The hottest items were tied to new characters, especially cute new droid BB-8 and villains Kylo Ren and Captain Phasma. The BB-8 and Phasma toys sold out quickly, to the dismay of many of the biggest fans.

“They don’t have any more action figures? This is a disaster!” said one to his friend.

Still, most shoppers seemed to walk away happy with their goodies. And this could be just the beginning of a huge new spending spree on all things Star Wars.

Macquarie Securities analyst Tim Nollen estimates that merchandise tied to “The Force Awakens” could generate $5 billion in sales within the next year, and that Disney could reap about $500 million in licensing and retail revenue.

“There’s nothing like having a lightsaber in your hand to make you feel like you’re in the movie,” said Joe Ninivaggi, senior brand manager of global marketing for Hasbro’s Star Wars team.

Hasbro won’t be the only winner. Other toy makers have products, including a whole line of LEGO sets, Star Wars-themed Hot Wheels cars from Mattel and Kylo Ren and Stormtrooper figurines from Jakks Pacific.

More toys are expected to hit stores closer to the film’s release in December.

And many other companies are hoping to cash in on “Force Friday” mania too. Want Star Wars Duck Tape? Not a problem.

Petco is rolling out four new Star Wars dog toys, including two featuring Captain Phasma. And fear not, cat lovers. They have a BB-8 ball toy for your favorite feline.

So why is there so much interest in Star Wars merchandise?

Well unless you’ve been vacationing in a galaxy far, far away for the past 1,000 years, you probably know that “The Force Awakens” comes out on Dec. 18. It is expected to be one of the biggest blockbusters of 2015 — and possibly of all time.

It is the first new Star Wars movie since Disney bought Lucasfilm in 2012 for $4 billion.

“The Force Awakens” takes place a few decades after the “Return of the Jedi.” Luke Skywalker, Han Solo, Princess Leia, Chewbacca, R2-D2 and C3PO are back, along with the new characters.

Nostalgia is a big part of why people can’t wait to get their hands on the new merchandise.

Richard Barry, global chief merchandising officer at Toys R Us, said two of the new toys he was most excited about were a quadcopter drone version of the Millennium Falcon from Air Hogs, and a souped-up, remote control AT-AT from “The Empire Strikes Back,” made by Thinkway.

So where are toys from Episodes I through III? No Count Dooku, Jango Fett or young Anakin?

Elissa Margolis, senior vice president of Disney Store North America, said the company wanted to focus on products tied to new characters like BB-8 and Captain Phasma, as well as firm favorites from the original movies released between 1977 and 1983.

“There are no Jar Jar Binks toys in the Disney Store collection,” she said, referring to one of the most reviled characters from the prequel trilogy that came out between 1999 and 2005.

Even though the new “Episode VII” seems darker than some of the other films, kids are the most obvious target for “Star Wars” merchandising.

Playsets, Lego sets and action figures, with new characters like Kylo Ren and Captain Phasma, will also be available.

The lightsaber blade-builders will probably interest older “Star Wars” fans as much as the kids.

“Kylo Ren’s lightsaber looks organic and self-built; I want to find out more about that,” Sansweet said.

And for kids who have seen the trailer and can’t wait to dress up as characters, there’s already a Resistance jacket, worn in the movie by Finn.

For the literarily inclined

Set for release this fall are 20 new books aimed at the young adult market and hardcore fans, including “Star Wars: Lost Stars,” “Moving Target,” “Smuggler’s Run” and “Weapon of a Jedi.”

For the ‘Star Wars’ fashionista

Cover Girl is offering “Force Awakens”-themed cosmetics that could come in handy for cosplay or everyday wear.

Hey, we said the merchandise is diverse for this movie!

Campbell’s soups are getting in on the act with “Star Wars”-themed cans (and yes, the Spaghetti-Os and noodles are shaped like characters).

“Those (products) are things that are there, and then they’re gone,” Sansweet said. “This is the stuff to me, just like the earliest cereal boxes for the launch of ‘Star Wars.’ … This is the kind of stuff that is very ephemeral.”

For the casual fan on a budget

Cheap “Force Awakens” products will be plentiful, as simple as dog tags with logos and character images.

For the hardcore fans

“Star Wars” obsessives will of course be looking for anything with the new characters, especially the villainous Kylo Ren and round droid BB-8, and they won’t be disappointed.

They will also want anything in limited production, like the “Force Awakens” pins being given out to the early customers at Disney Stores, and the Force Friday messenger bags available at Disney parks.

And then there is the life-size Legendary Jedi Master Yoda, which speaks hundreds of phrases and shows off his lightsaber moves. It’s probably the closest thing to having the real Yoda in your home.