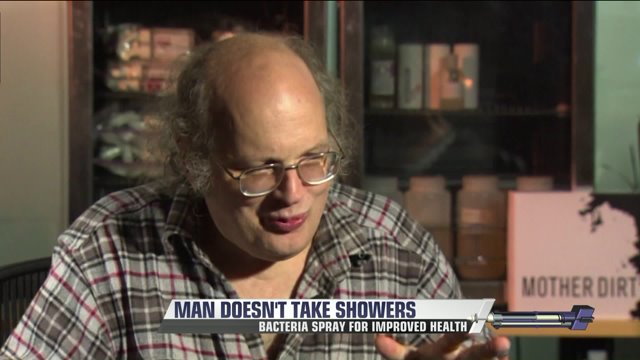 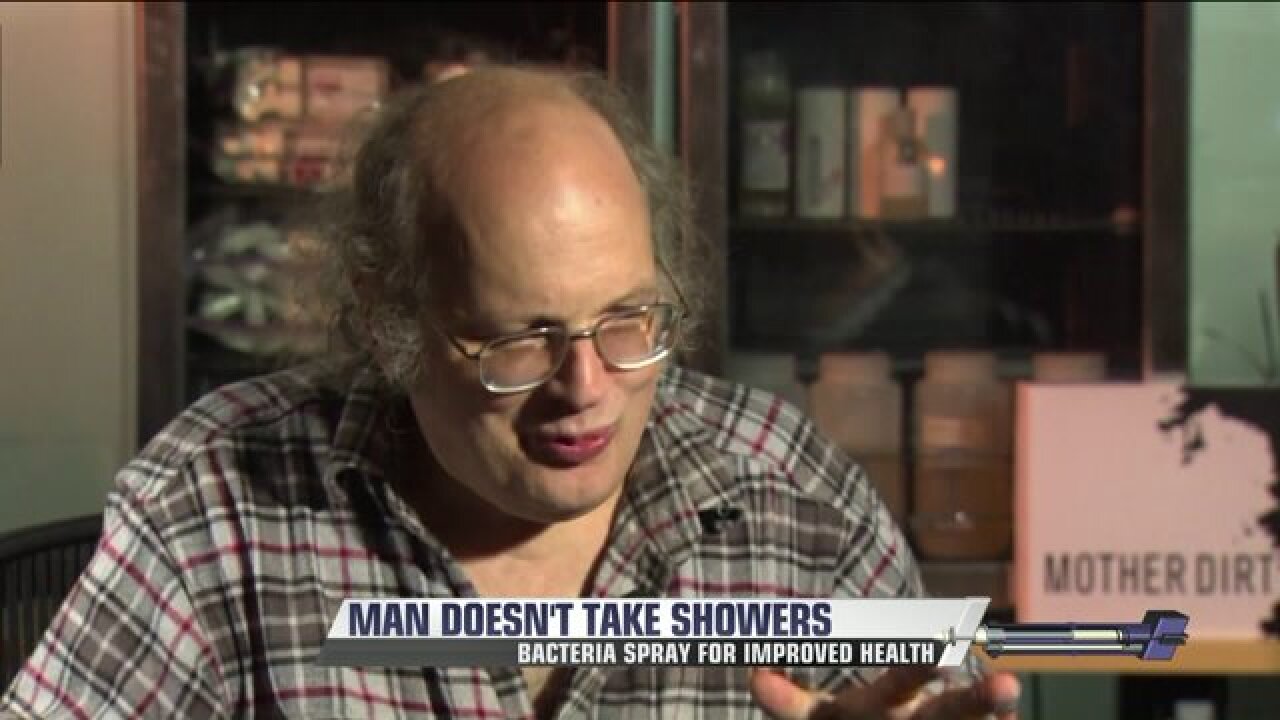 Forget the soap and bath gels!

One man says he hasn't bathed in 12 years thanks to his invention.

He claims spraying live bacteria on your skin is all you need to keep clean.

"I have not taken a shower in over 12 years," says Dave Whitlock.

But Whitlock, a chemical engineer and MIT grad says he doesn't miss bathing at all.

"No one did clinical trials on people taking showers every day.  So what's the basis for assuming that that is a healthy practice."

In fact, what Whitlock does believe is healthy is restoring good bacteria to our skin that our ancestors enjoyed long ago and that has slowly been stripped away by excessive cleaning.  To prove his theory, he helped found Aobiome, a company based in  Cambridge, Mass.

Jasmina Aganovic is also an MIT grad who says as humans, we need to reconnect with our environment.

"We've taken the dirt out of our lives. We don't spend as much time outdoors as we used to even little children."

To add a little dirt back into our lives, Aobiome has created mother dirt, specifically the AO+ mist containing live bacteria that is sprayed directly on the skin twice a day.

There's a mother dirt shampoo and cleanser that don't contain bacteria but Aganovic says won't interfere with it either.

And while Whitlock still doesn't shower, he does use mother dirt every day and hopes the rest of the world will join him.

"I would like a billion people a day to use this," says Whitlock.