Stonehenge, the world-renowned circle of bluestone columns in an isolated field in southwest England, has been shrouded in mystery for centuries.

But it seems there’s even more to this incomplete story from the Neolithic period — archaeologists say they have uncovered traces of larger stone monuments less than 3 kilometers (2 miles) from Stonehenge.

The Stonehenge Hidden Landscape Project team says it has made the discovery beneath Durrington Walls, also known as “superhenge” — one of the largest known henge monuments built before Stonehenge, which is believed to have been completed 3,500 years ago.

“Our high-resolution ground penetrating radar data has revealed an amazing row of up to 90 standing stones, a number of which have survived after being pushed over, and a massive bank placed over the stones,” said professor Wolfgang Neubauer, director of the Ludwig Boltzmann Institute for Archaeological Prospection and Virtual Archaeology.

“In the east up to 30 stones, measuring up to size of 4.5 x 1.5 x 1 meters (14.7 x 5 x 3.3 feet), have survived below the bank whereas elsewhere the stones are fragmentary or represented by massive foundation pits,” he said.

The newly discovered structures are believed to be 4,500 years old.

Questions also arise about the landscape the builders of Stonehenge inhabited and how they changed this with the building of new monuments during the third millennium BC.

“The extraordinary scale, detail and novelty of the evidence produced by the Stonehenge Hidden Landscapes Project, which the new discoveries at Durrington Walls exemplify, is changing fundamentally our understanding of Stonehenge and the world around it,” said Paul Garwood, an archaeologist and lead historian on the project at the University of Birmingham.

“Everything written previously about the Stonehenge landscape and the ancient monuments within it will need to be rewritten.” 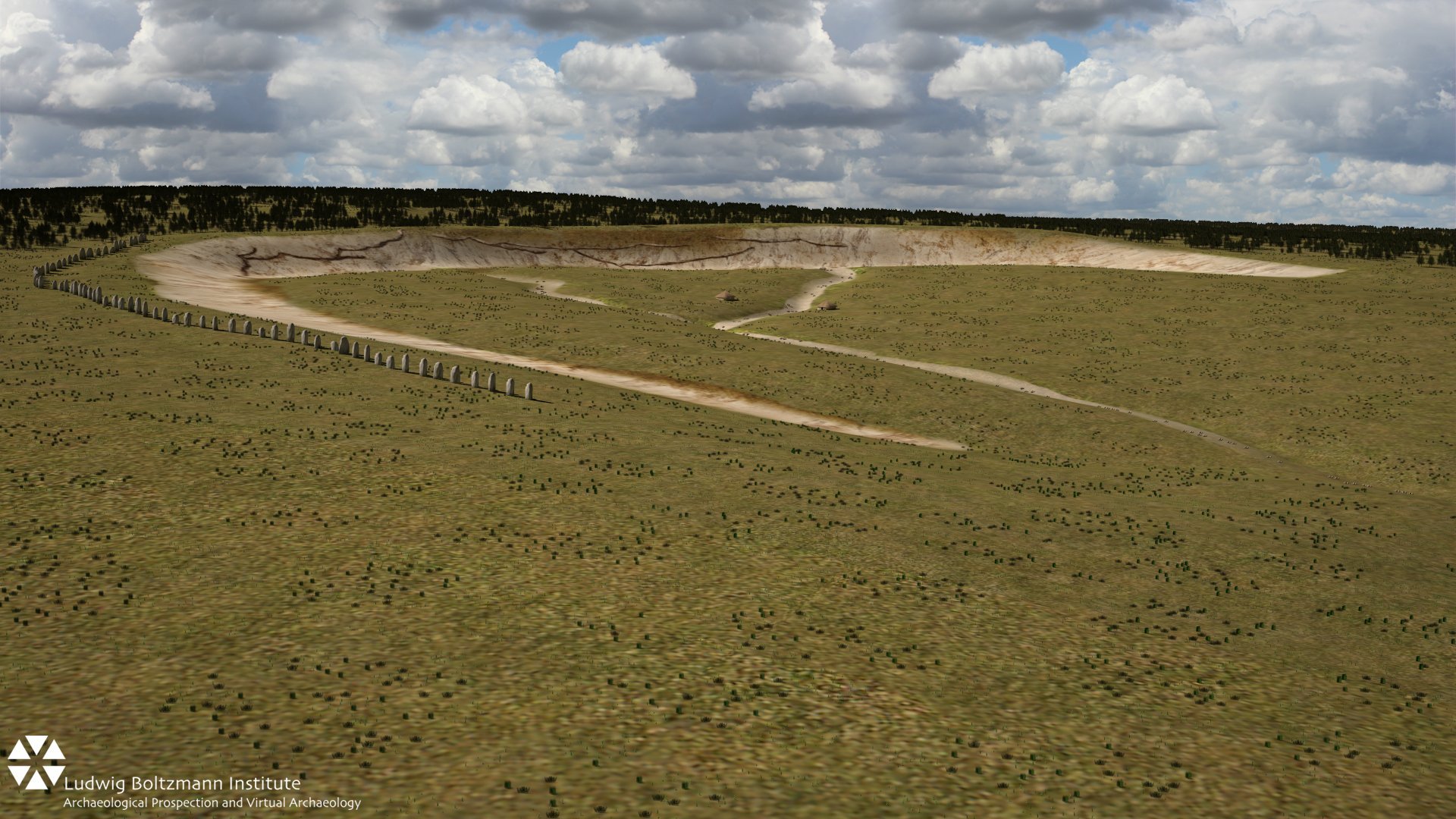