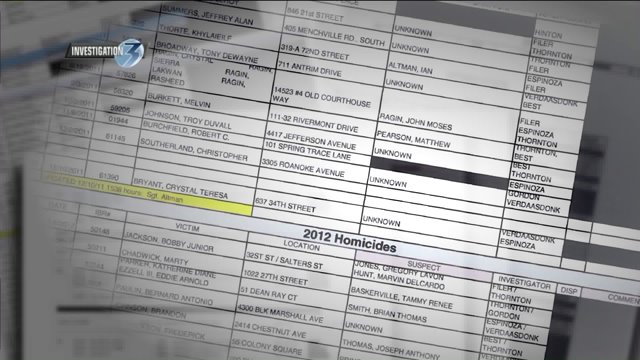 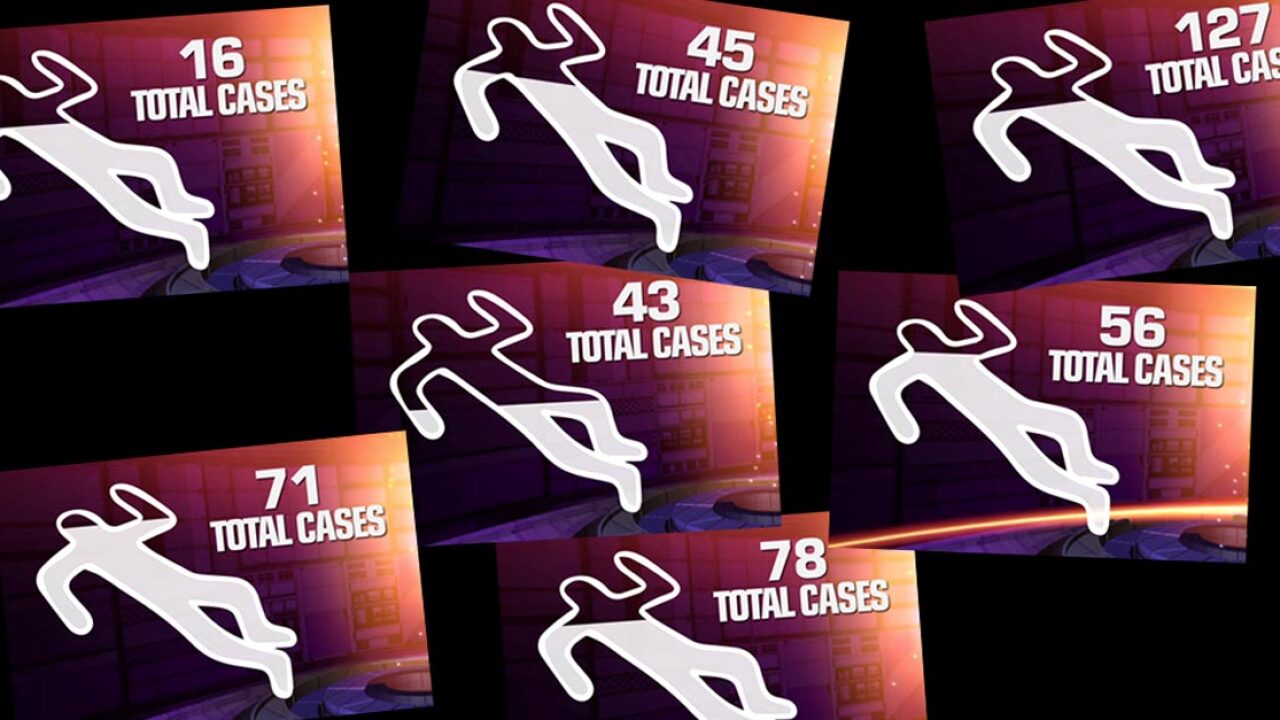 Portsmouth, Va. – In a four-year period, homicide detectives have solved just half of the city’s killings, raising the ire of families who say police should have done more to bring murderers to justice.

“I never in a million years thought I would be waiting this long,” said Calenthia Golliday, whose son Leon “Jay” Golliday was shot to death at his home in 2011. She, along with her husband, a retired police officer; and her daughter, a federal agent, all believed police would quickly close the case. A man Golliday knew – and who had called his cell phone earlier – showed up at his home, knocked on the front door, and asked for him by name.

His wife Rosalind said her daughter greeted the killer at the door. Her son, on the couch watching cartoons, heard the man demand something, and then saw the bullets strike down Golliday.

“My dad closed the door, and the guy shot through the door,” Solomon Golliday said.

Rosalind told NewsChannel 3 neighbors saw the gunman run, and a neighbor’s security camera recorded his car. But after four years, police have made no arrests.

“I’m disappointed because I know my husband deserves better than that,” she said.

She was unsurprised when NewsChannel 3 told her Portsmouth police solve only half of the city’s murders.

“By the way they handled it, no, it doesn’t surprise me at all,” she said.

NewsChannel 3 used the Freedom of Information Act to gather homicide logs from six of the seven Hampton Roads cities from 2011-2014. Suffolk does not keep a record like that, but officials agreed to create one for this story.

We loaded all the homicides – 436 of them – into a database. Then we looked to see which cities had the highest percentage of unsolved killings.

Those records showed Portsmouth closed just half of the city’s 44 homicide cases in that period, including a police shooting ruled justified. The area average was 70 percent; the national average is 64 percent.

Portsmouth officials declined to explain on camera why they are able to close so few cases. In a statement, Sgt. S.D. Jenkins wrote, “One of the biggest obstacles is lack of cooperation from the community. Individuals are not willing to come forward to say what they saw or what they may know about the case.”

Jay Golliday’s family rejects that. His friend Michael Peralta was in the home that day when three shots blasted through the front door. He told NewsChannel 3 he gave police the names of everyone who’d crossed paths with Jay Golliday that month. Jay’s sister – a federal agent – told NewsChannel 3 her agency offered Portsmouth assistance, but the offer was turned down.

“They need to put more love in their hearts,” she said. “I don’t think they care enough.”

As the fourth anniversary of the killing passed with no arrest, Jay Golliday’s family said they still have hope.

“It was very scary knowing that the person is still out there,” Rosalind said. “And he could have been so bold to come to our house and do that in front of our children.”

And it leaves her children without answers, and a boy without a father.

“It’s been really hard not having a dad in my life to play with, to go fishing and stuff,” Solomon said. “So, every time I go to sleep, I think about him.”