The first was a SunTrust Bank in Virginia Beach. The building was put on lockdown.  Calls about the incident came in at 10:53 a.m.

Police say someone called the bank on 3330 Pacific Avenue from a restricted phone number.

The suspect told the caller to put money inside the bag and put it outside. The suspect said he was watching the employees inside and the bank then called police.

"Three cops, with their rifles, I was like, 'Lock the doors, turn off the lights, what's going on,'" says a worker inside of the building, Terra Cusson.

All blinds are down at bank pic.twitter.com/NFIdDMotKy

The bank then closed, locking the doors and the employees hid in an interior room.

Officers went into the bank and did not find a suspect inside.

At 11:05 a.m., Virginia Beach Police received  a call at 4356 Holland Road at First Virginia Bank.  The call came in as a burglary alarm but was then elevated to a bomb threat. No one demanded money. Police blocked off the area, according to a barber who works in the area, and a neighboring business was given the option to evacuate.  The manager of that business says they did not leave.

Officers at oceanfront Suntrust where building was lockdown after man called, saying he was watching & demanded money pic.twitter.com/9iVXJYUVgx 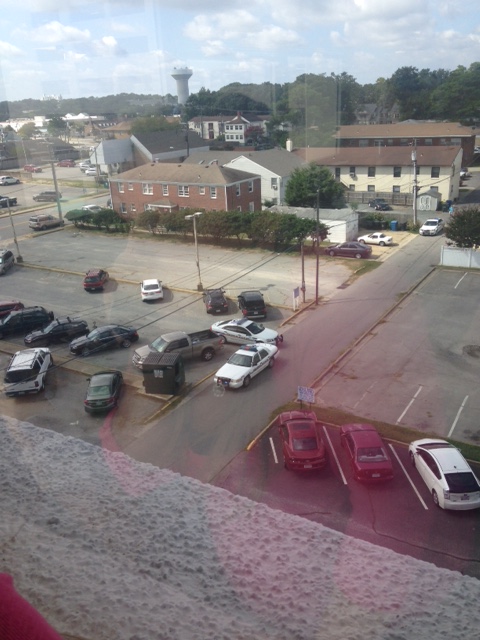