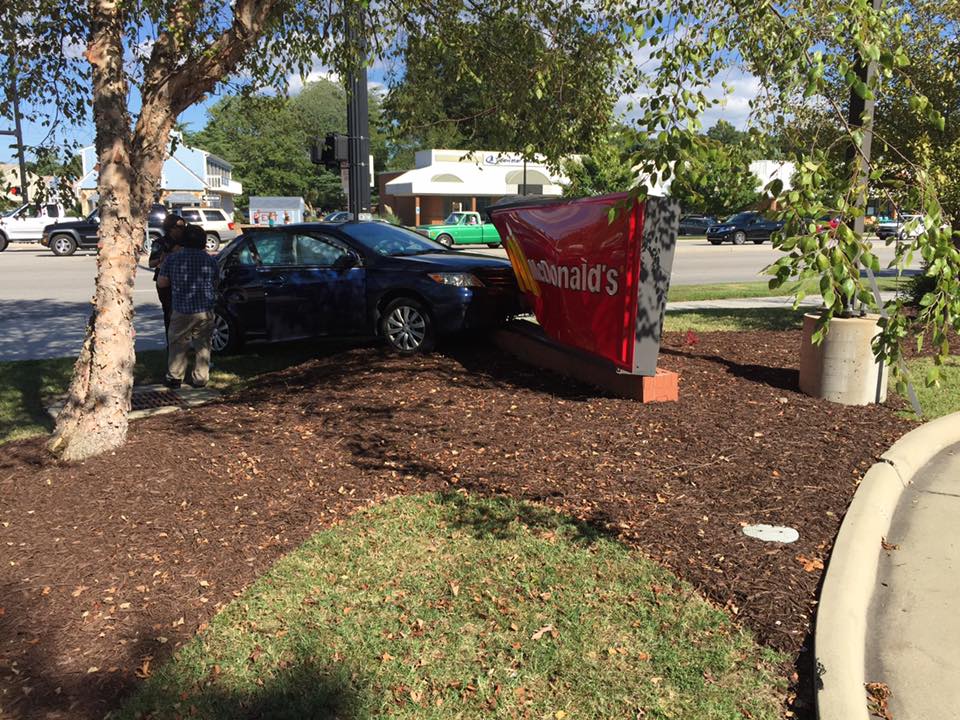 This happened at around 3:33 at the intersection of Warwick and Middlesex.

A school bus from Hidenwood Elementary School was on an afternoon route when it made a right turn. At the time, another vehicle was making a left turn, a third car ran a red light and hit the second car.

This caused the bus to hit the McDonald’s sign nearby.

The two drivers of the cars suffered minor injuries.

They were both examined on the scene.

There were 13 students on the bus at the times. Three parents came to the scene and 10 others were taken by another bus.

All parents were notified about the incident.