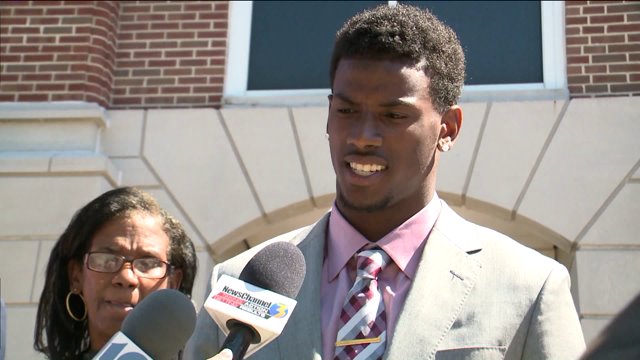 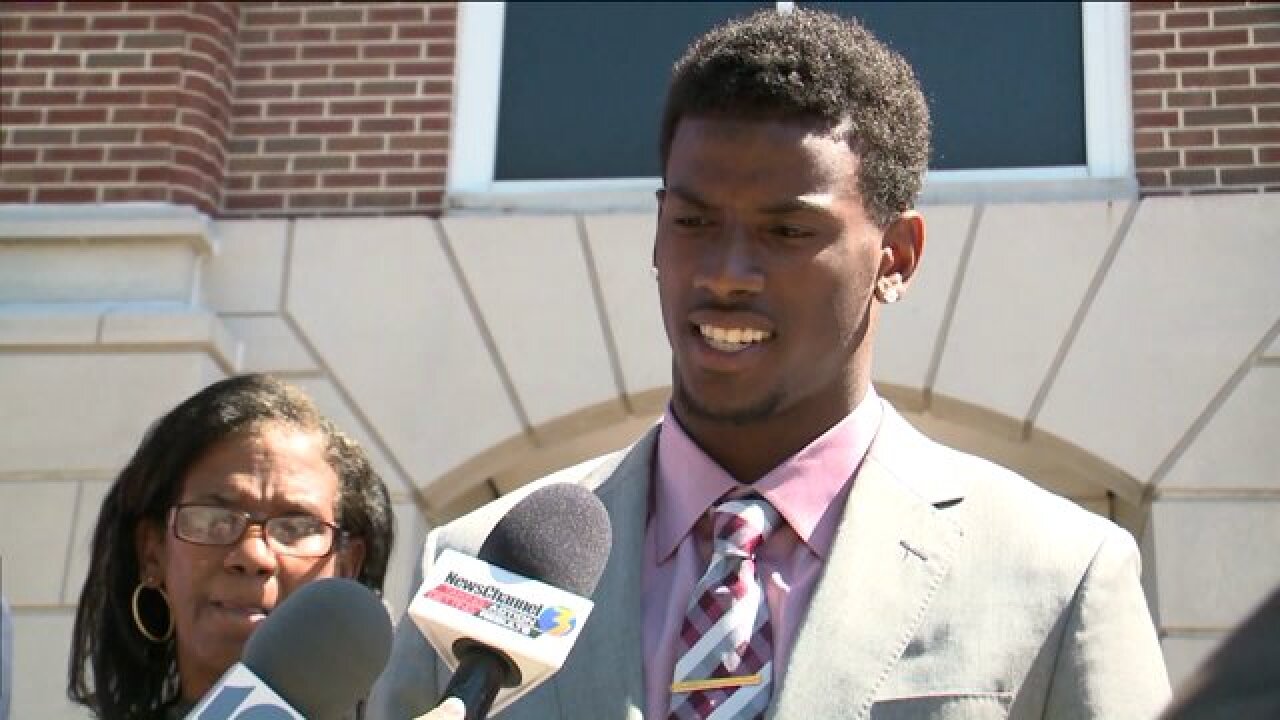 Breaking: #JustinHunter found not guilty on assault and battery charges

Hunter was charged with assault & battery after a fight that occurred over the 4th of July weekend. Prosecutors said Hunter punched a man several times at Sandbar Surf Bar at the Oceanfront.

A surveillance video was  a big piece of evidence in this case. You can see Hunter throwing two punches. Hunter says he needed to defend himself after he was aggressively confronted by a man and his friend. The Commonwealth says it was the other way around. They say Hunter started the fight.

Also in the video, you can see Hunter on the ground on top of another man who never pressed charges.

The victim, Anthony Blythe, was taken to the hospital with serious but non-life threatening injuries.

General District Court Judge Gene Woolard did not comment on his reasoning behind the not guilty verdict before reading it to the courtroom.

"I just feel like the whole legal thing should have been treated better, it could have been investigated a little bit better. You know all of that, he say she say. The good Lord was on my side," said Hunter outside of the courtroom.

A statement from the Virginia Beach Commonwealth Attorney's Office says they respect the ruling although they disagree with it.

"It is our belief we had sufficient evidence to prove the case beyond a reasonable doubt," the statement said.

The Commonwealth says they respect the judge's decision although they do not agree with it.