he pup was born in April, but officially joined the Colonial Williamsburg Foundation in July.

Pictures of Liberty quickly became the subject of the most shared Facebook post in the history of the Colonial Williamsburg Foundation.

Guests were invited to the Williamsburg Inn to meet Liberty and join Colonial Williamsburg’s new partnership with the Heritage Humane Society on Thursday.

The Heritage Humane Society will hold a donation drive event called “Dogs of DoG (Duke of Gloucester Street)” on September 19.

The donation-drive event kicks off at 10 a.m. on the Palace Green when Liberty and Washington lead area dogs and their history-loving humans on a march to the Capitol.

“I call on fellow animal lovers to ‘fall in’ Saturday with me behind Liberty,” Washington said. “Together we will march to benefit of our friends at the Heritage Humane Society and their great works for our four-legged friends in need.”

To join, guests will need a completed registration form, available at colonialwilliamsburg.com/dogs, along with a donation item from the Heritage Humane Society’s wish list, which includes:

Participants will receive a “Dogs of DoG Street” bandana while supplies last.

A Colonial Williamsburg interpreter is available to take pictures of guests with George Washington for posting on Instagram with the hashtag #dogsofdukestreet.

Free gourmet dog treats are also available while they last at the Williamsburg Farmers Market on Duke of Gloucester Street in Merchants Square from 8 a.m. to 12 p.m., along with copies of treats’ signature recipe. 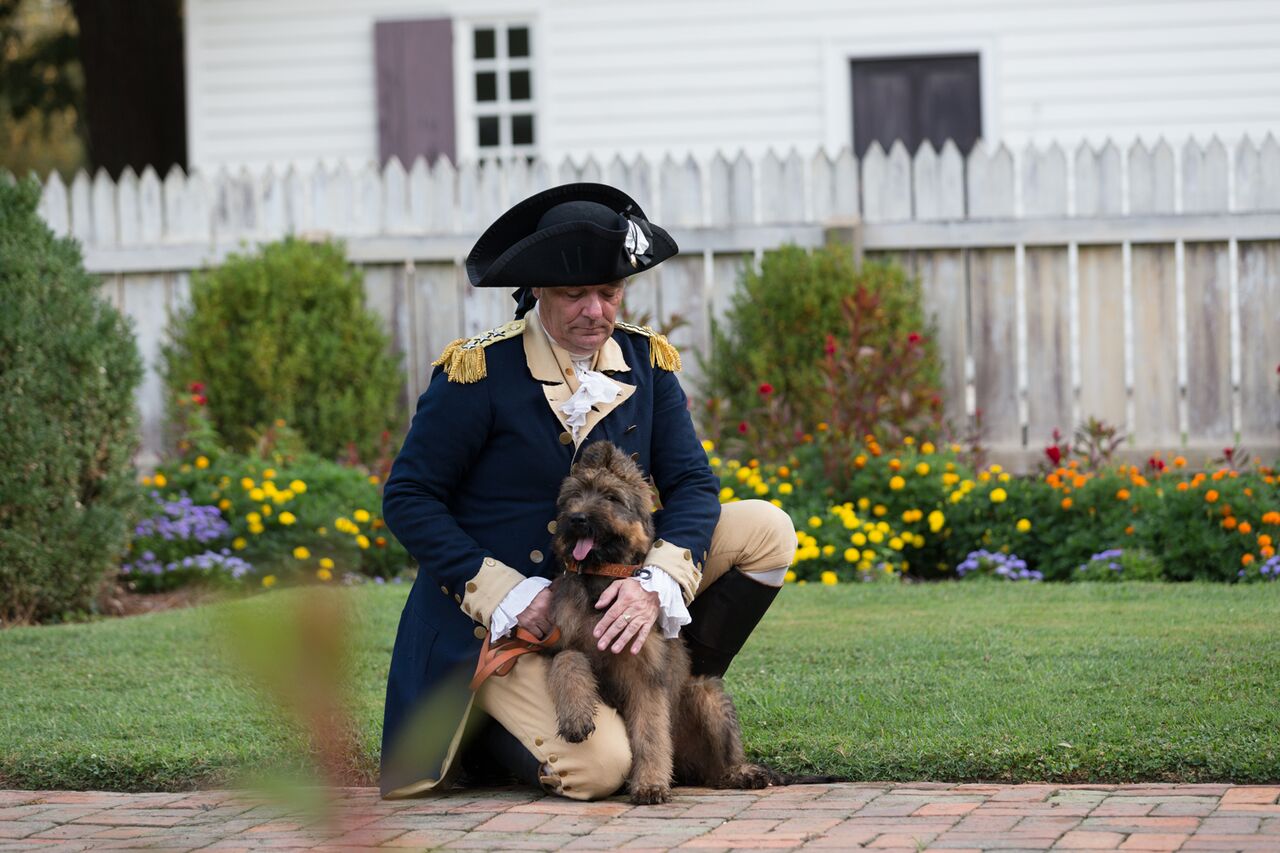