Chincoteague, Va. - A veterinarian has determined a Chincoteague pony missing for nearly a month died from a broken neck, according to the Chincoteague Volunteer Fire Department's Facebook page.

The veterinarian said that "Dreamer's Faith" died after a limb fell on his neck.

"[The veterinarian's] conclusion was that Dreamers Faith died of a broken neck from the limb that had fallen and after studying the ground and seeing no signs of a struggle of the pony trying to get out, this is the only scenario that would make any sense." a Facebook post from the fire department said.

The pony's remains were found by a lawn maintenance contractor on the fire company's carnival grounds near a chain link fence.

The pony was identified by a microchip.

Police say there were no signs of criminal activity. They have closed the case.

The Chincoteague Volunteer Fire Department increased the reward for the missing pony to $2,300.

Several Chincoteague residents and even local businesses donated money to the reward fund.

"The safe return of our pony is our main concern. Come to Chincoteague, turn it loose, and it will be found," the Chincoteague Volunteer Fire Company said on their Facebook page.

Chincoteague is known as the grace land for pony lovers.

"We just ride over here and check out the little town maybe go along the water hopefully we see some ponies and some horses," said Kathy Cline, a woman who was visiting Chincoteague.

The pony was auctioned at the annual Chincoteague carnival over the summer as a "buy back,"which means she gets to live out her life on Assateague Island.

But now, police are searching because they believe she was taken from the corral area at carnival grounds.

"No local person would have the audacity to do something like it," said Michael Bernstein of the Purple Pony Shirt Company.

"I can't imagine anyone doing anything like that around here,"  vacationer Mike Crisp said.

The volunteer fire department, which organizes the pony auction, says that the horse was taken between September 6 to September 7.

They say the area was fenced in.

The department is offering a $1,000 reward for any information that leads to the arrest or conviction of anyone involved in the incident.

"You can rest assured that no stone will be left unturned in finding this pony." the fire department said.

Local business owners like Michael Bernstein, whose brand revolves around ponies, say they will also step up to get results.

If we need to put cameras up there to monitor it I'll certainly donate funds for that," Bernstein said. "It's a wake up call here for Chincoteague."

The foal has the number "15" branded on her left rump.

If you have information about the stolen horse, call Corporal Tyler Greenly of the Chincoteague Police Dept at 757-336-3155. If you wish to remain anonymous, the fire department says to send a letter marked " ATTN. MR. President pony info" addressed to: 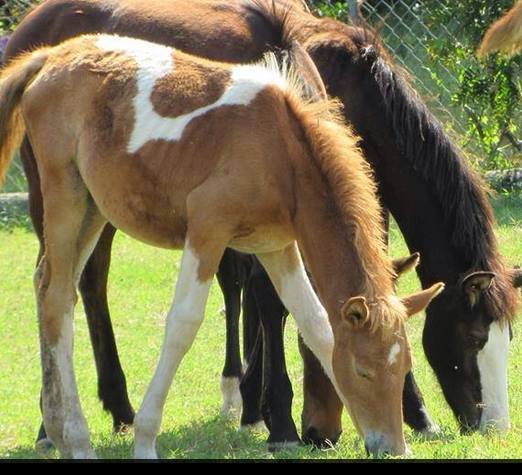