For Park Police pilot Ken Burchell, Navy Yard shooting was unlike any other rescue mission 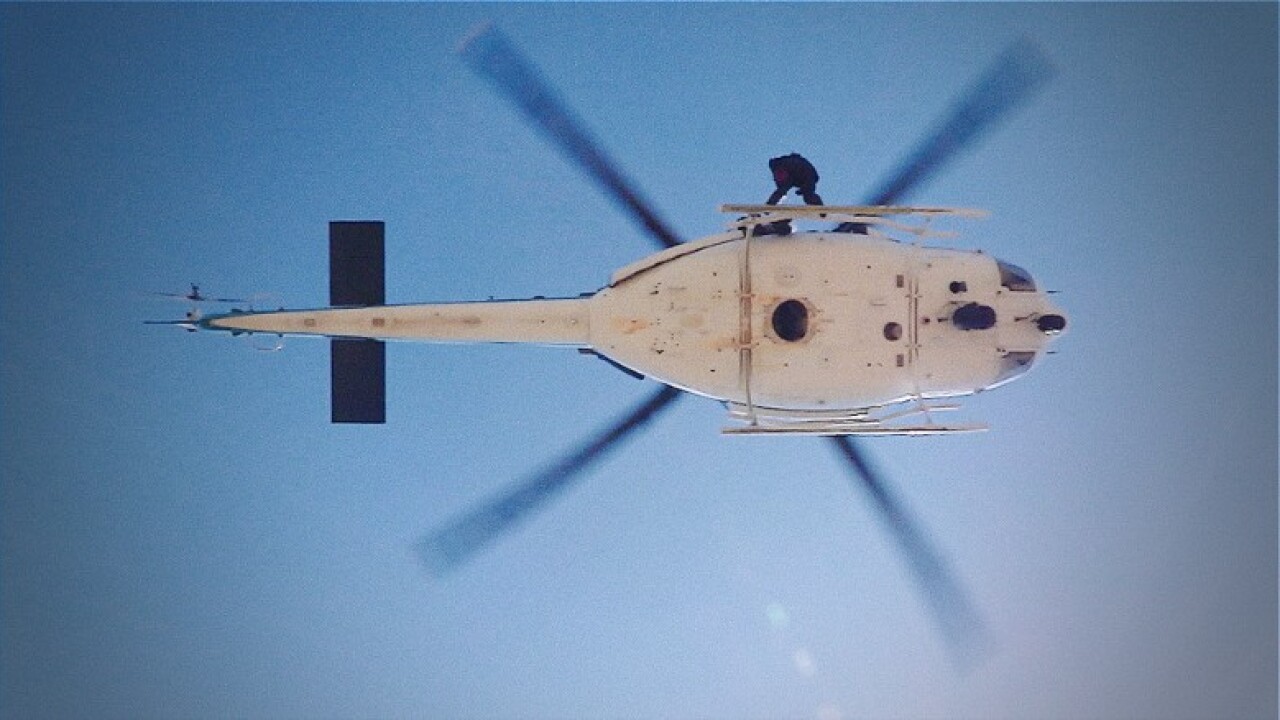 WASHINGTON — U.S. Park Police Sgt. Ken Burchell and his team scrambled inside the helicopter hangar on the Anacostia River after the first 911 calls came in about the September 2013 shooting at the Washington Navy Yard.

As Burchell, a pilot, and other members of the Park Police Aviation Unit rushed to get their chopper into the air, they could hear public announcements urging workers to shelter in place because of an active shooter at the historic Navy Yard’s brick buildings, visible just across the river.

In his 25-year career, Burchell has worked on plenty of emergency missions: responding to the aftermath of the September 11, 2001, attack on the Pentagon, water rescues on the Potomac River and hikers injured rock-climbing in the Shenandoah Valley.

The Navy Yard shooting was unlike any other.

As Eagle 1, the helicopter Burchell piloted, took to the air, there was concern the shooter was on the roof of the Building 197 and that he could open fire at the chopper.

Instead, as Burchell’s chopper and an armed SWAT officer arrived, they found four people: a Navy captain, two civilians and a woman who was seriously injured with gunshot wounds and losing blood quickly.

“We hoisted her up to the door,” Burchell recalls. “This was a very vulnerable point for a helicopter. In a hover, in an area like this is really not where you want to be.”

As Burchell flew the gunshot victim away from the scene, he was amazed at her strength.

“She’d been shot at close range, lost a tremendous amount of blood,” he said. “In the midst of all this, she was trying to yell to our crew members the lookout of the shooter.”

Her information was key for SWAT teams entering the Navy Yard, who now had the most complete information about the shooter and where he was.

The Park Police Aviation Unit flies 200 search-and-rescue missions a year, responds to as many as 500 law enforcement events and 450 medical evacuations.

“We certainly do hoist rescues, we do med-evacs, we search for snipers, we do aerial coordination, we do all of those things,” Burchell said. “But at Navy Yard, we had to do all those things at once, and that was a huge challenge.”

At the Eagle’s Nest, the nickname of the Park Police aircraft hangar, Burchell and other pilots and medics stand watch 24 hours a day.

“We maintain what we describe as a five-minute alert aircraft. Which means we anticipate getting that aircraft flying in five minutes from any time, day or night,” Burchell says.

The hangar walls are decorated with photos of memorable missions.

One is from April 2011, in which Burchell and his team rescued a climber at the 3,200-foot tall Old Rag Mountain in Shenandoah National Park, about 90 miles from Washington.

The climber was injured the previous night and the rescue was complicated by fog and the rugged conditions.

“Visibility was almost zero everywhere … we had a rock face on one side and a pretty steep drop-off on the other side. And fog in front of us. So it was a stressful moment,” Burchell said.

“When you pull somebody off a rock or get them to a hospital in time, it’s a tremendous sense of accomplishment and reward.”

As Burchell nears the end of his career, he finds himself reflecting on the years of rescues.

“I honestly feel like if I had the chance to serve in this unit for one day, it really would be a tremendous honor, and I’ve been lucky enough to do it for 25 years,” he said.

“I take tremendous pride in what this unit has accomplished and what it has continued to accomplish.”