All of their brewing equipment arrived from Italy!

The brewery has had a few setbacks over the last several months, mainly over parking and permitting concerns.

"We are relying mostly on street parking but we are also relying on people from the neighborhood to bike and walk," Erskine says. "Permitting got held up a little bit because there was some confusion about who actually regulated breweries." 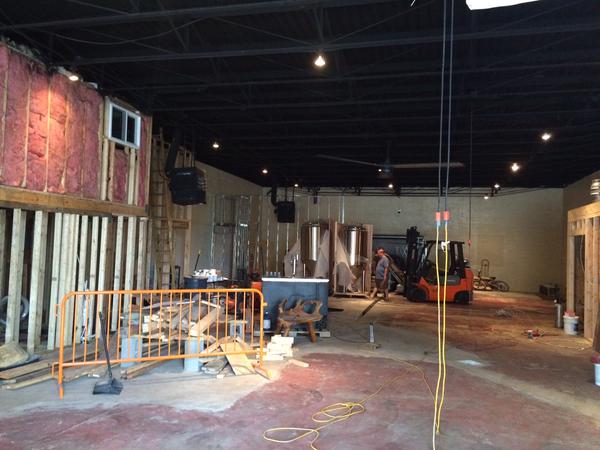 After getting that straight, the next step is to continue with the construction inside the 60-year-old building on 22nd Street.

"We had to put all of these trench drains in and they are very complicated, especially when we are in a 60-year-old building and the floors aren't exactly flat and straight," Erskine told NewsChannel 3's Todd Corillo Monday.