Washington, D.C. (WTKR) - A Virginia Beach family whose son woke up from a coma last year after what they describe as a 'miracle' got the chance of the lifetime to attend Mass with the Pope on Wednesday.

Meet Logan of VB. He attended the Papal Mass. In Oct 2014 he was in a coma then his family says a miracle happened. pic.twitter.com/QIjTmQcSAn

The Bromley Family was living in San Diego on military orders when one day Logan wouldn't wake-up and began having unexplainable seizures.

He was put into a medically-induced coma in October 2014 and was diagnosed with Encephalitis, a broad description as doctors couldn't pinpoint exactly what was wrong.

Three times during the 32-day coma doctors tried to wake Logan up, but were unsuccessful.

At that point, the family turned to their Pastor at St. Michael's Church who came to the hospital with a relic from now Saint Junipero Serra.

The Pastor placed the relic on Logan and prayed with the family.

At the same time Logan's school started a Novena for the Intercession of Father Sera to heal Logan.

That week, doctors tried for the fourth time to wake him up and were finally successful.

"I mean there's no words to describe it, as soon as he looked at me that fourth attempt I knew that he was back, I could tell by his eyes that he recognized me," mother Lisa Bromley shared with NewsChannel 3's Todd Corillo Thursday.

At the time, doctors warned that Logan may never speak again, would probably never walk again and weren't sure if he would ever be able to eat by himself again .

None of those dire predictions ended up coming true.

"Miraculously, he just kept getting better and better. A number of times doctors and nurses and physical therapists and occupational therapists said to me 'clinically this is not possible. He should not be doing this but keep doing it Logan, keep doing it' and he has. Back to surfing, back to ice hockey and it's just been an amazing journey," Lisa Bromley shared.

Logan's mother, brother and grandparents all attended the Mass in Washington, D.C. on Wednesday.

"It was really amazing even though we only saw a little bit of him and we did get to see the Popemobile drive by," Logan stated.

Now a fourth-grade student at St. Gregory the Great Catholic School in Virginia Beach, Logan suffers from epilepsy but is a world away from the coma he was in less than a year ago.

"It's definitely the message of the power of prayer. We had so many people praying for us around the world really. We do feel that this is actually a miracle," Lisa Bromley stated.

** Logan's grandmother, Mary Ann Bromley, reached out to NewsChannel 3 after seeing our story. She wrote, "Just wanted to thank you for the wonderful segment on LOGAN BROMLEY... We all truly believe, through the intervention of Saint Junipero Serra,  as you reported, Logan's health improved & he was cured.  You did a fantastic job of telling his story."  **

Click here for all of our coverage on Pope Francis’ visit to the U.S. 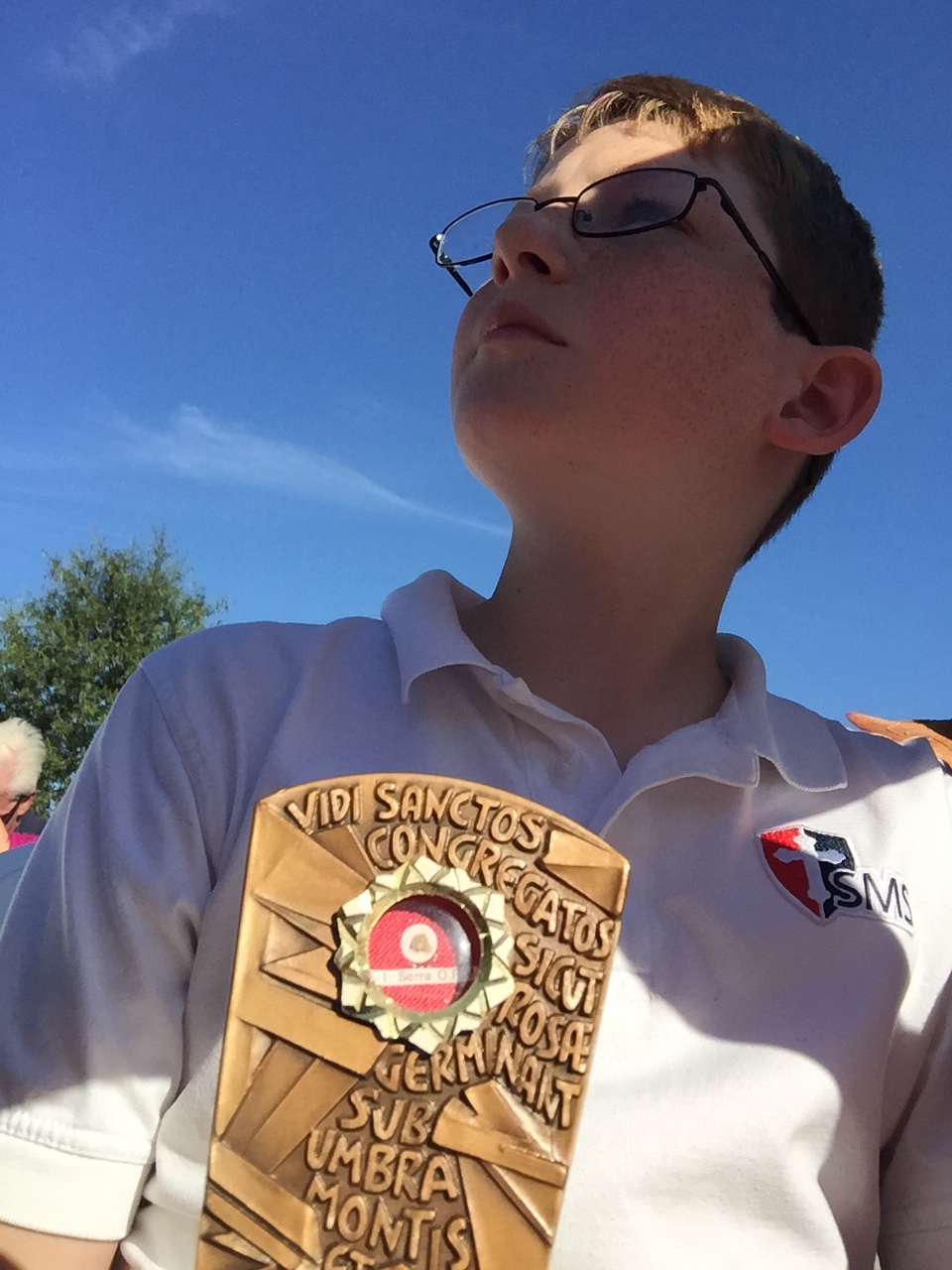