Is this the world’s luckiest koala? 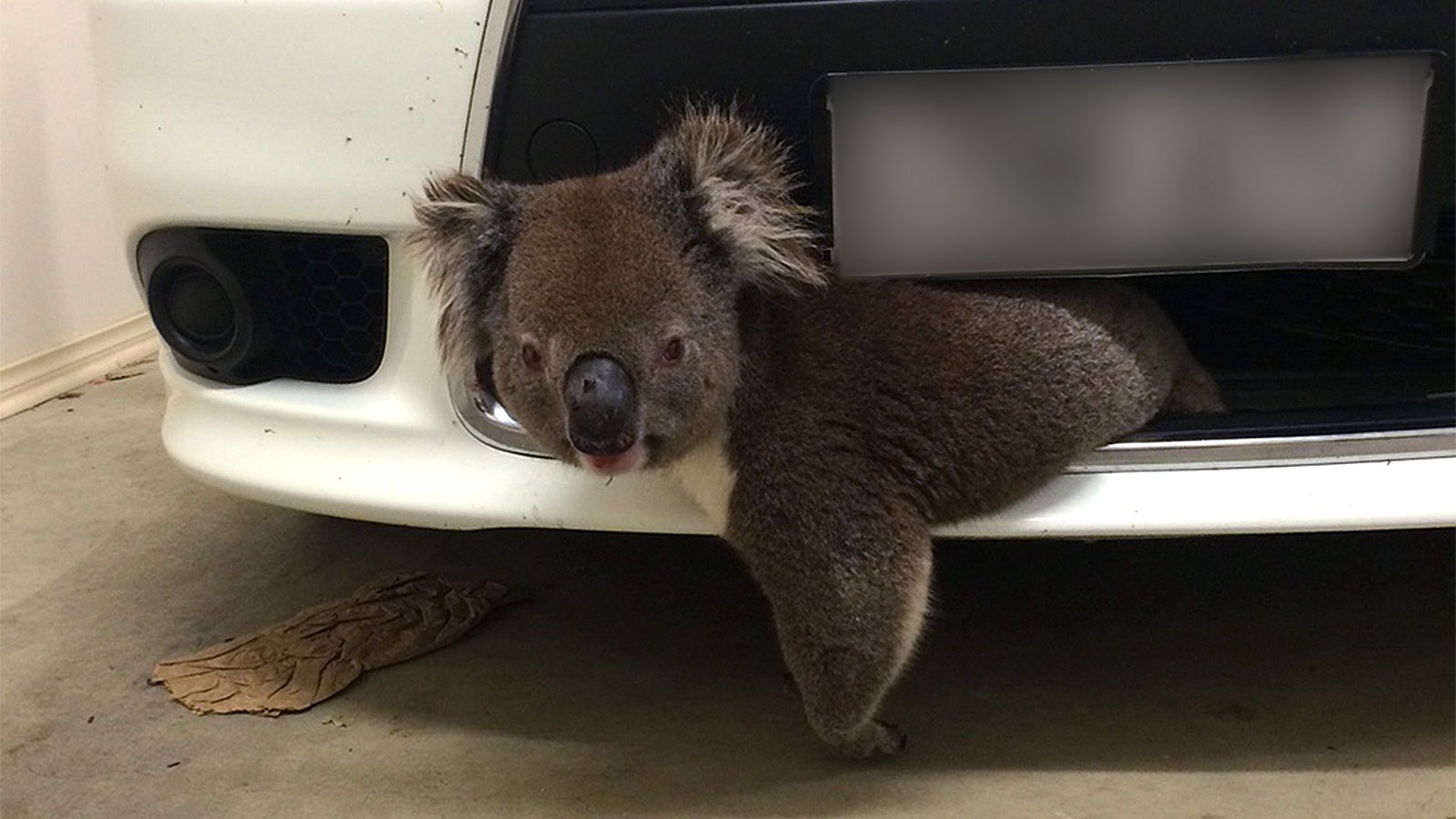 A koala dubbed “Bear Grylls” is due to be released back into the wild in South Australia after it miraculously survived being hit by a car traveling along a highway.

Named after British adventurer and TV personality, Michael “Bear” Grylls, the koala ended up safely wedged in the car’s grille and remained stuck there for the ten to fifteen-minute trip until the driver returned home.

Real estate agent Loren Davis, the driver of the car, said she was traveling at the 100 kilometer (62 miles) per hour speed limit along an unlit Australian highway near Adelaide at night before she ran into the koala.

“And he just missed me at the back and at that split second in time I had no choice but to hit the koala.”

Davis said she then pulled over to the side of the road, but didn’t want to get out of the car as she was alone and it was dark and dangerous on the side of an unlit highway. She checked out the window and when she couldn’t see any trace of the koala, she continued the ten to fifteen-minute drive home feeling “a bit frazzled and upset.”

“Once I’d got home, I pulled into the garage and turned on the garage light to see what the damage to my car was and I saw the koala sitting there in the grille,” she said.

“And I ran inside and my fiancée and my step son were there and I was a bit upset. I thought the koala had died, but my fiancé ran out of the garage yelling “He’s alive!”

Davis called a local koala rescue service, and after finding out it would take them over an hour to get there she tried to make the koala comfortable.

“He was looking around, his head was moving and his arm was moving. He wasn’t crying or making any sort of sound but if we went near him he growled. He wouldn’t let us near him,” she said.

“We had to wait a while and he looked uncomfortable and I was upset that he’d been at the front of my car while I was driving so I slipped some blankets and towels and things under the koala’s head and arms, thinking he could at least rest a little bit.”

The koala, who had a few scratches but otherwise appeared unscathed, managed to use the blankets to pull himself out of the grille. Davis then backed the car out and locked the garage so that the koala was safe, and he took up residence on some gym equipment in the garage until the rescue service arrived.

It took two men and some heavy-duty koala wrestling to safely secure the animal, but “Bear Grylls” was eventually rescued and taken to the local koala center, where he was checked over for any injuries.

He miraculously survived with just a few scratches and has been tagged ahead of his release back into the Australian bush.

“My fiancé Mike went to see him this morning and he was running around the koala rescue center’s back yard and seemed fine,” Davis added.

“They are releasing him back into the wild tomorrow at 2.30pm and we are going to be there and see him get released and make sure he’s OK.”