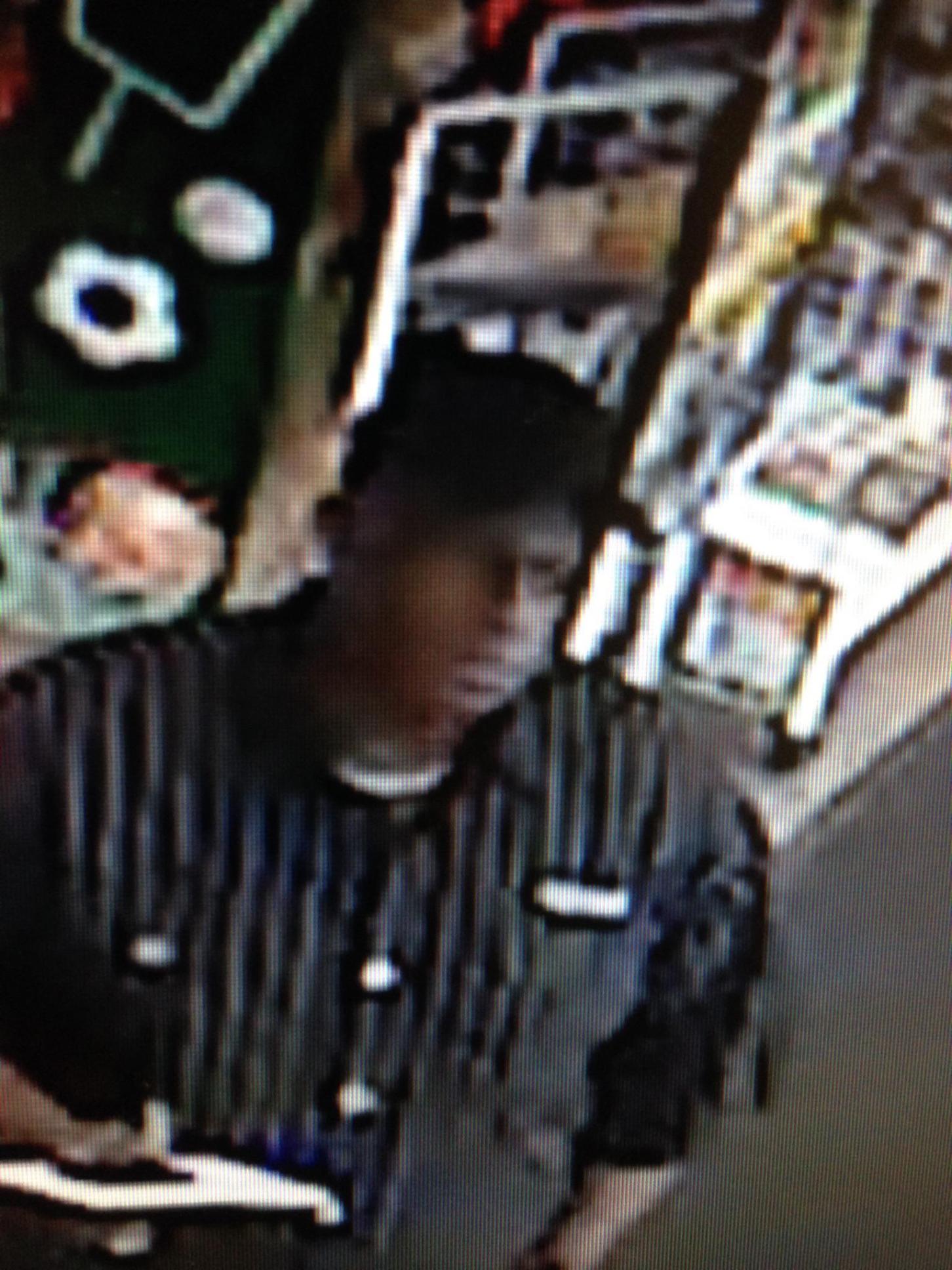 Portsmouth, Va. – Portsmouth Police are still investigating a robbery that took place at 1:09 p.m. at the Rite Aid Pharmacy, located on 2004 Victory Blvd.

According to Portsmouth Police Department Major Crimes Unit, a male suspect entered the building, implied that he had a gun and demanded money from the cashier. The employee followed  the suspect’s demands and the suspect then fled on foot. His whereabouts are still unknown at this time.

The suspect is described as an older black male standing approximately 6′ tall and weighing 250 pounds. He was last seen wearing a white baseball cap, black jogging suit, and sneakers.

They say that there were no injuries to report and that no weapon was spotted at the scene.

Police have released a picture, via surveillance footage, of a man in a black shirt and hat as a person of interest but police are unaware of his involvement.

If you have any information about the crime or on the whereabouts of the men caught on the surveillance footage, please call 1-888-LOCK-U-UP.