The new building cost $8 million to construct and at 17,459 square-feet it replaces the current facility at Naval Station Norfolk that was built in 1948.

"This building is one of the first in all of the Department of Defense to be built specifically for veterinary services and meet their mission as they move forward," LT Brian Holbrook, Project Officer for Navy Medicine East said.

According to Naval Station Norfolk, the population of Military Working Dogs has more than doubled since 2006.

"We are also able to deal with the special orthopedic and muscular skeletal needs that some of those dogs have – sports injuries basically from being high drive, high performance tactical canines," Officer in Charge Captain Jessica Dowling, an Army Veterinarian, told NewsChannel 3's Todd Corillo Thursday.

In addition, private animals owned by service members will be able to receive comprehensive routine and preventive care by appointment.

Benefits of the new facility include modern equipment and additional parking. 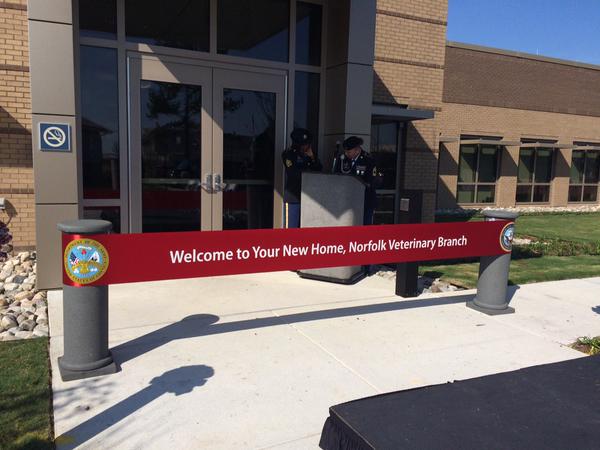