Virginia Beach, Va. - The Virginia Aquarium staff has finally picked a name for their newest member!

The young harbor seal has been named Rudder.

The naming contest for the seal started on September 23.

Some of the write-in submissions included Pepper, Pickles, Bruce (as in the New Jersey-born Springsteen), Navy, Frankie, and Sam.

Pepper was one of the most popular names, but the aquarium didn't choose it because the name was too similar to another seal named Piper.

"The staff and I are particularly pleased with the selection of the name Rudder because it speaks to the reason we have him and gives us an opportunity to share the story of his rescue every time we tell his name,” said Rachel Metz, Director of Live Exhibits for the Virginia Aquarium.

Aquarium staff say Rudder loves to pay with his new toys and is a little shy, but is getting used to his surroundings.

Rudder was found in Deal, New Jersey on Valentine's Day with wounds on his back flippers.

A spokesperson for the aquarium says that the injuries could have been from a shark bite or boat strike. It caused partial paralysis in his back flippers.

The Aquarium will host a “Welcome Home Party” for Rudder as soon as he becomes comfortable with the other seals. 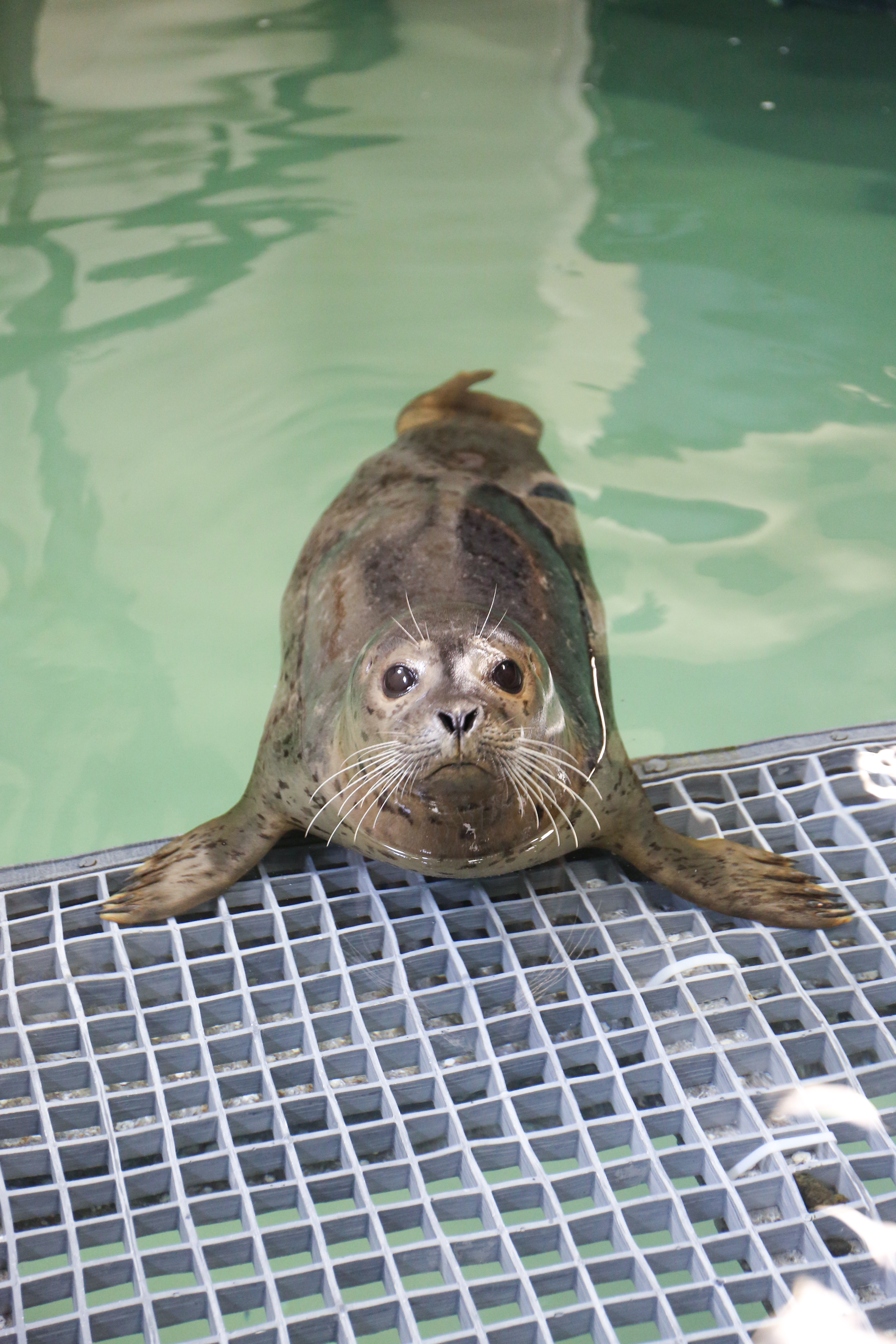