Exmore, Va. - Two Friday night fires are under investigation on the Eastern Shore by State Police.   Both are considered to be suspicious.

Community Fire Company crews were dispatched to Tankard Nurseries shortly after 10:00 p.m. Friday night where they found a storage unit towards the back of the property engulfed in flames. As crews were responding, they received another call about 10 minutes later of a residential structure fire about a quarter mile down Bayside Road, according to fire officials.

It took fire crews about an hour and a half to gain control of the fires, but they were still battling hot spots until 3:00 a.m. Saturday morning.

"It was really terrible, really terrible, and I was afraid, I hoped the fire wasn't going to come across and burn my house down," says Luzell Giddens, who lives across the street from the nurseries.

Community Fire Company Chief Greg DeYoung says both fires are considered suspicious and are under investigation by Virginia State Police. He also told NewsChannel 3 that the house was unoccupied but is on land owned by the nursery, which is an operating business.

Eleven departments from Northampton and Accomack Counties responded. No injuries were reported in either fire.

"Anytime you have two fires this close together that are suspicious, it raises your awareness of potential serial arsonists, but there is no indication at this time that this could be related to a serial arsonist," said DeYoung.

These are the first two fires that have been this close in quite awhile, according to DeYoung.

Between November 2012 and April 2013, more than 70 fires were set in Accomack County.  Earlier this year one of the arsonists responsible for the majority of those fires was sentenced. 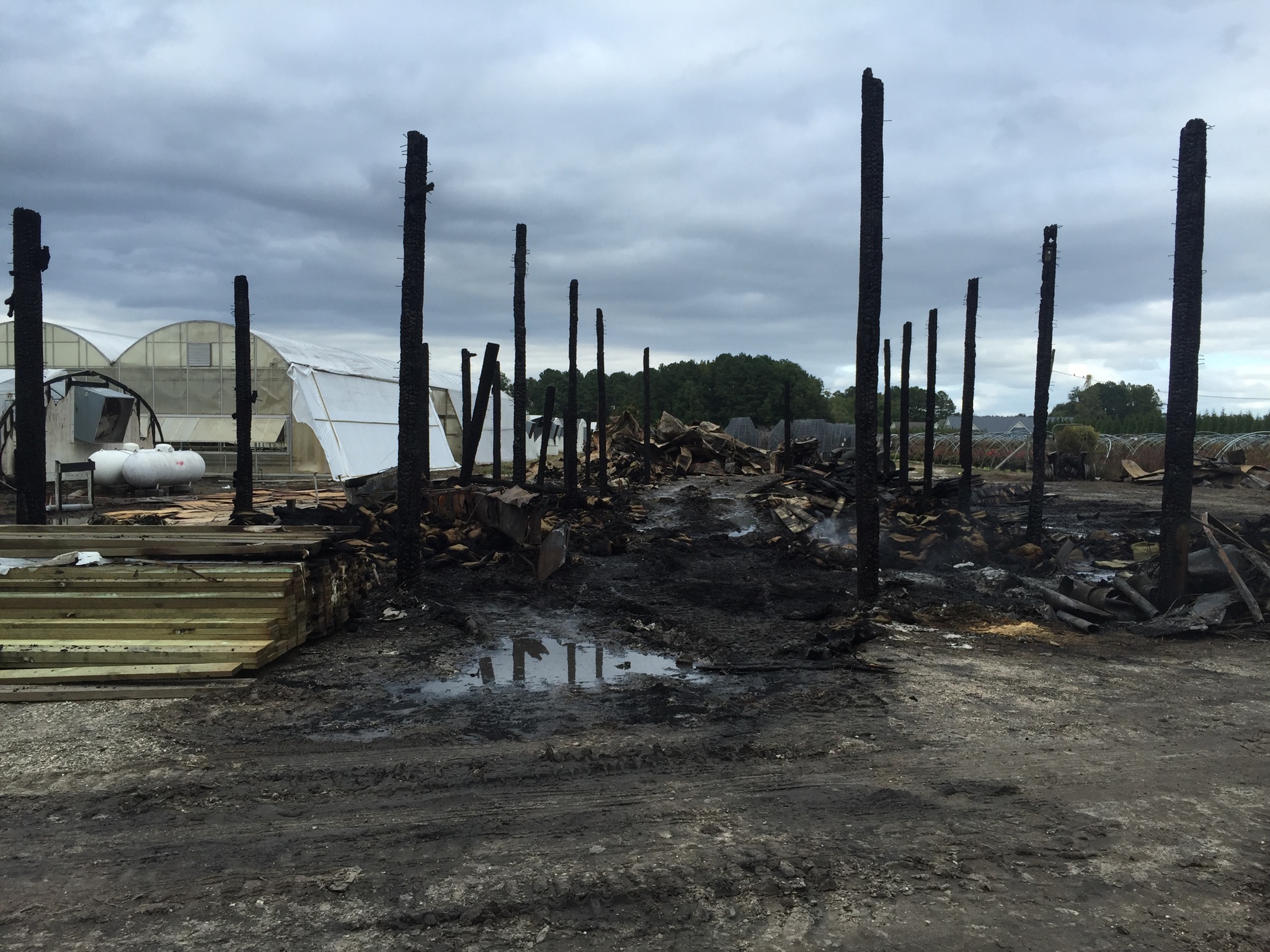