(CNN) -- Two Kansas City, Missouri, firefighters have died after part of an apartment building collapsed on them and two of their colleagues during a fire.

The crews were pulling back from the unstable structure when a wall gave way.

"Two firefighters pronounced dead as a result of collapse at two alarm apartment fire," said a tweet from the Kansas City Fire Department.

"It's difficult when you live with somebody for 24-hours a day, and you're laughing and joking one minute and then something like this happens in the line of duty," Berardi told CNN affiliate KCTV. "What's good for their families to remember is that they did not die in vain."

The department did not immediately release the identities of the firefighters.

The two other firefighters caught in the collapse were taken to a local hospital for treatment. 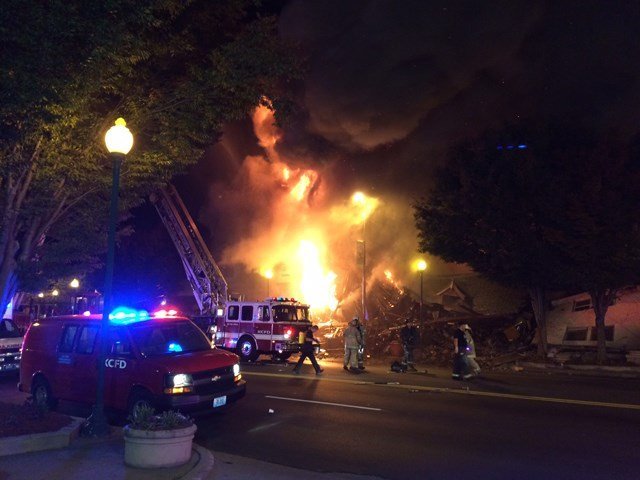