Wildlife Photographer of the Year 2015: Who won?

An arctic fox, its white fur bloodied, hangs limply in the jaws of its red fox cousin. The pointed snout and bushy tail of both predator and prey are eerily mirrored. It’s a highly unusual sight — captured by the winner of the 2015 Wildlife Photographer of the Year award.

The image, entitled “A Tale of Two Foxes” and taken by Canadian Don Gutoski, is among a collection of prize-winners to go on display in London this week as part of nature photography’s most prestigious global competition.

Amateur photographer Gutoski said he was extremely proud of his image. “It’s the simplicity, it’s the symmetry, it’s the way the two heads line up and the tails,” he told CNN.

Gutoski took his photo in the tundra of northern Canada, where the red fox has extended its territory northward, overlapping with the arctic fox. While the red fox usually eats small mammals such as lemmings, scientists believe it is increasingly preying on its close arctic relative.

It’s this story of a changing natural world that drew the judges to Gutoski’s photograph. “First and foremost it’s a remarkable moment that Don has caught. It’s almost a meditative moment between the foxes,” said Lewis Blackwell, leader of the jury for the award.

“It becomes a piece of art that we can meditate on and think about life and death and climate change and all the things around it.” 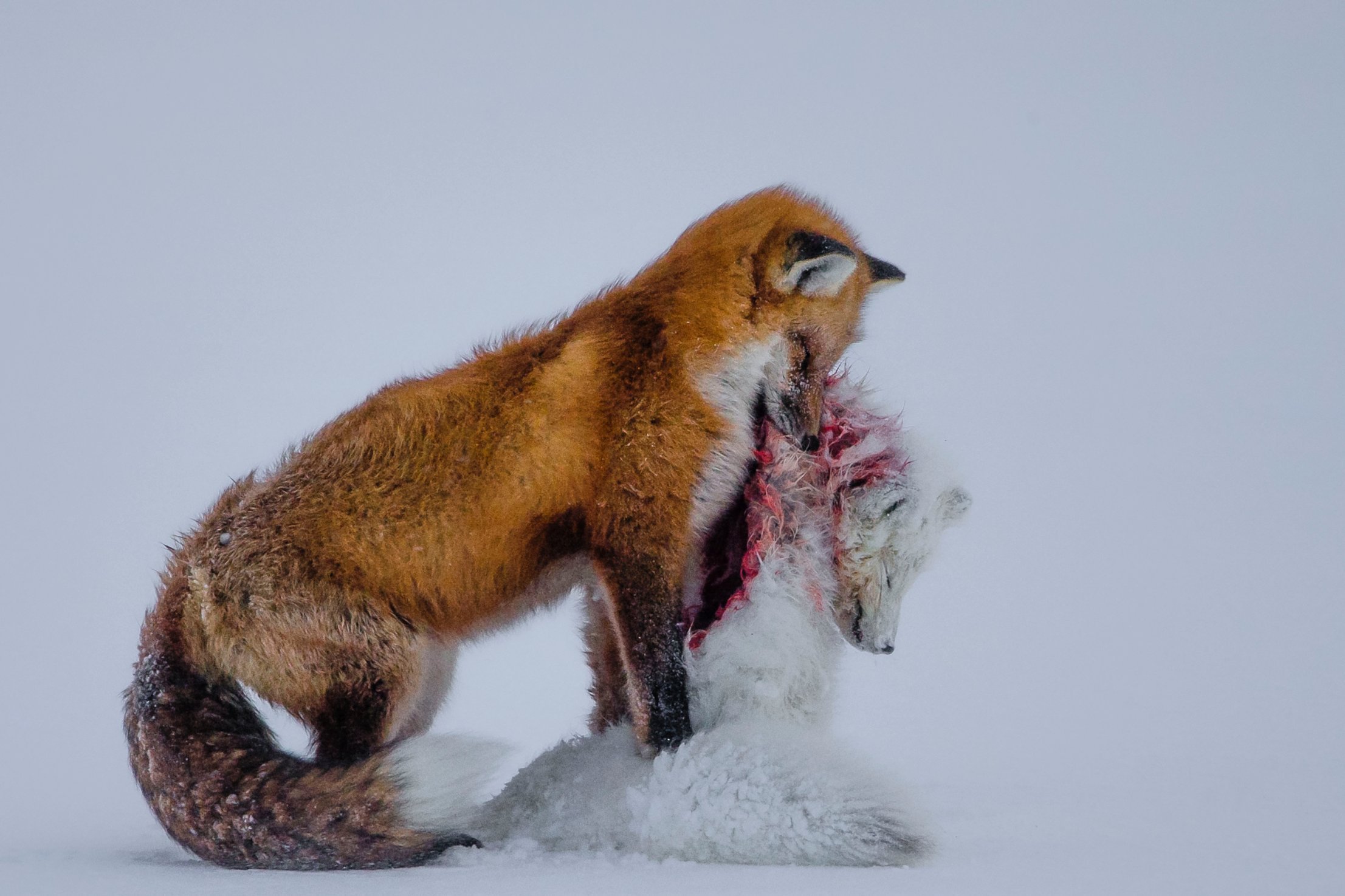 Blackwell and his panel of judges went through more than 42,000 entries for this year’s prize — a number that grows every year. A total of 100 images were selected for the final exhibition, which will go on display at the London Natural History Museum on October 16.

The judges say all of the photographs have to be of the highest technical quality but that that isn’t enough to make a winner. “The subject matter has to be fresh,” said Blackwell. “We are trying to find new ways of understanding what’s going on in the world.”

The effort to find something new has driven some to cheat in the past. The winner of the 2009 competition was subsequently disqualified after it was discovered the wolf he photographed leaping over a fence was in fact tame and likely coaxed into the jump. This year’s judges say they have learned from the past.

“There are certain activities that are suspect,” said Blackwell. “If there’s a sense of it being a captive animal or some sort of bait technique that’s not acceptable.”

A genuine, close relationship between photographer and animal is evident is many of the winning photographs.

Audun Rikardsen, Norwegian scientist and winner of the Portfolio category, described how he developed a close relationship with a walrus nicknamed “Buddy” which enabled him to take some remarkable close-ups of the animal.

“I spent several days with him… I played with him, he came like a dog, he loves to cuddle with me. So it was a great opportunity to take pictures of this guy,” he told CNN.

He encourages anyone who is thinking of exploring nature photography to get to know their local neighborhood — a view shared by Blackwell.

“The world of wildlife has plenty of things to discover and is constantly changing,” he said. “That’s the most exciting thing — finding those points of change and documenting them.”