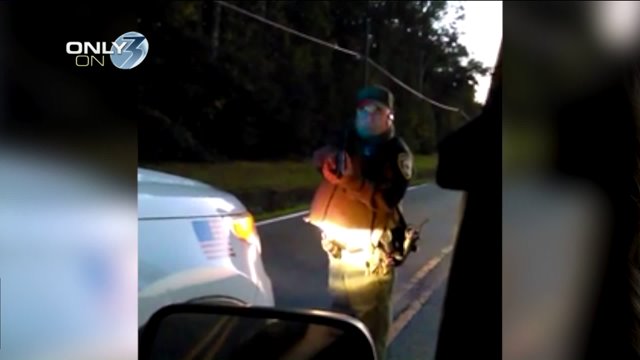 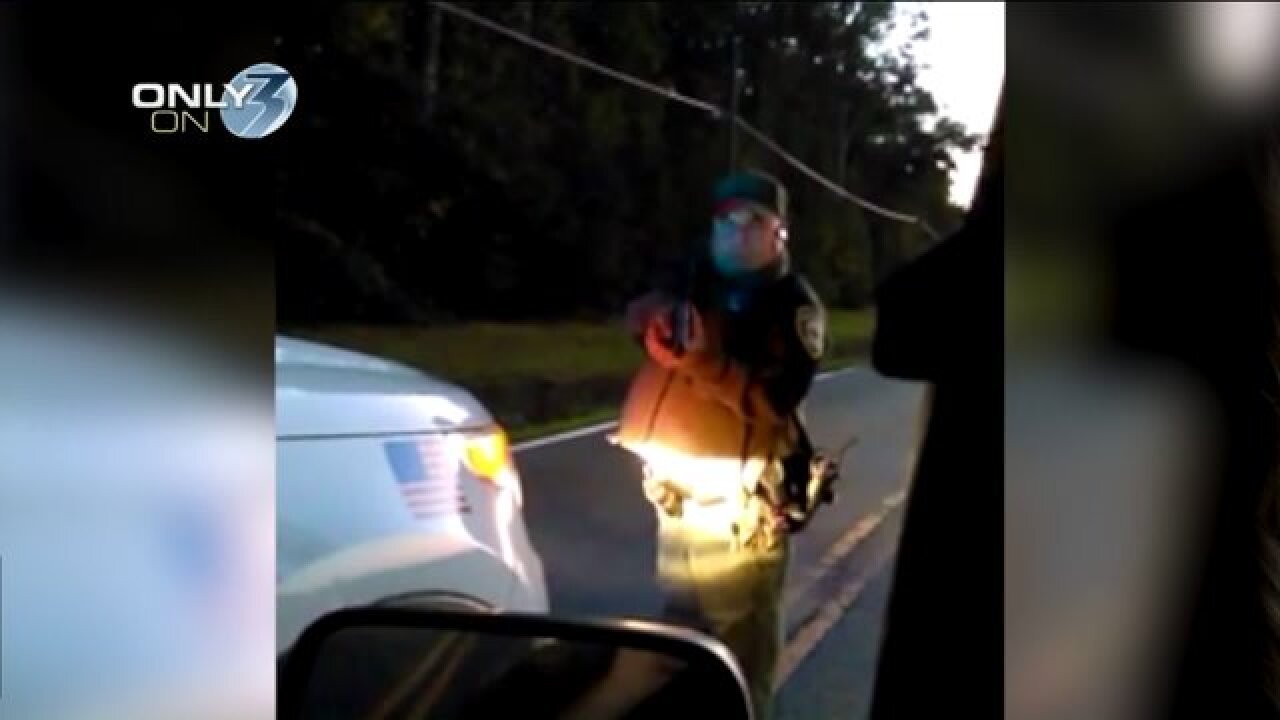 Chesapeake, Va. - A Chesapeake park ranger was caught on camera pointing his pistol at a couple. It was a confrontation that started because the couple left a city park after closing time.

“I was hoping he wasn't going to shoot at us,” says Dylan Newton, who recorded a 7-minute video of the ranger. “With all the things going on in the media with cops using excessive force and all these videos coming out like that's the only thing running through my head like I’m going to be one of these people.”

Newton says he and his girlfriend had gone on a hike and were driving out a few minutes past the park’s 6:15 p.m. closing time when the ranger stopped them.

Newton says the ranger asked him three times to turn off his car and hand over his license and registration. He says he asked several times why he was being stopped and who the ranger was, but he got no answer.

“I turned off my car, my hands were in my lap, I proceeded to put my hands on the wheel and I saw him reach for his weapon,” he says. “So I turned my car on because I was genuinely terrified for my girlfriend and myself at that point.”

Newton says he panicked and drove away onto Indian Creek Road, as the ranger followed.

“He almost T-boned me off the road into another car and he immediately jumped out of his car and continued to point his weapon at me and my girlfriend for about 15 minutes until police showed up,” Newton says.

NewsChannel 3 asked the city: Did this ranger go too far?

Chesapeake officials say park rangers follow the same policies as police, including the department’s guidelines for use of force.

In the city’s use of force policy, it says officers are only allowed to draw their weapon if they might have to fire it. The document lists circumstances like building searches, confronting armed suspects and felony vehicle stops.

However, Newton was charged only with misdemeanors: Trespassing, failure to stop and failure to provide identification to an officer.

“Now I’m facing charges for something I felt like I wasn't doing anything wrong,” he says.

A Chesapeake city spokesman says that ranger has been with the city since 2001 and is still on the job while the city investigates whether his use of force was justified.