“I made it!” Lacey Parker cautiously declares. She says it again, even louder, “I made it!”

Lacey bursts with joy and jumps around when she sees her number, 28, on the roster. This roster lists the names of the 2015 North DeSoto Middle School cheerleading squad in Stonewall, Louisiana.

“I just never imagined that, you know, her reaching her dream would impact so many people,” Parker told CNN.

Lacey, who has Down syndrome, has wanted to become a cheerleader since her older sisters joined cheer squads. Making the team is huge for her, especially because the 11-year-old was expected to live for only a few days after her birth.

“She had a really bad birth defect called Tetralogy of Fallot,” her mom explained. “The doctor told us, basically, that we probably had about 10 days with her. That we needed to take her home and love her and prepare for whatever God had in store.”

When Lacey was born, her skin was blue from the lack of oxygen in her blood. Tetralogy of Fallot involved four heart defects. But one doctor gave the family hope. There was a surgery, he said, that could help save Lacey.

“He told us if we don’t do it, she is going to die for sure. If we do it, she has a 40% chance of surviving,” Parker told CNN’s Kyra Phillips. “He told us it was an eight- to 10-hour surgery. And he promised us if something happened, that he would let us come say goodbye before he disconnected the tubes.” 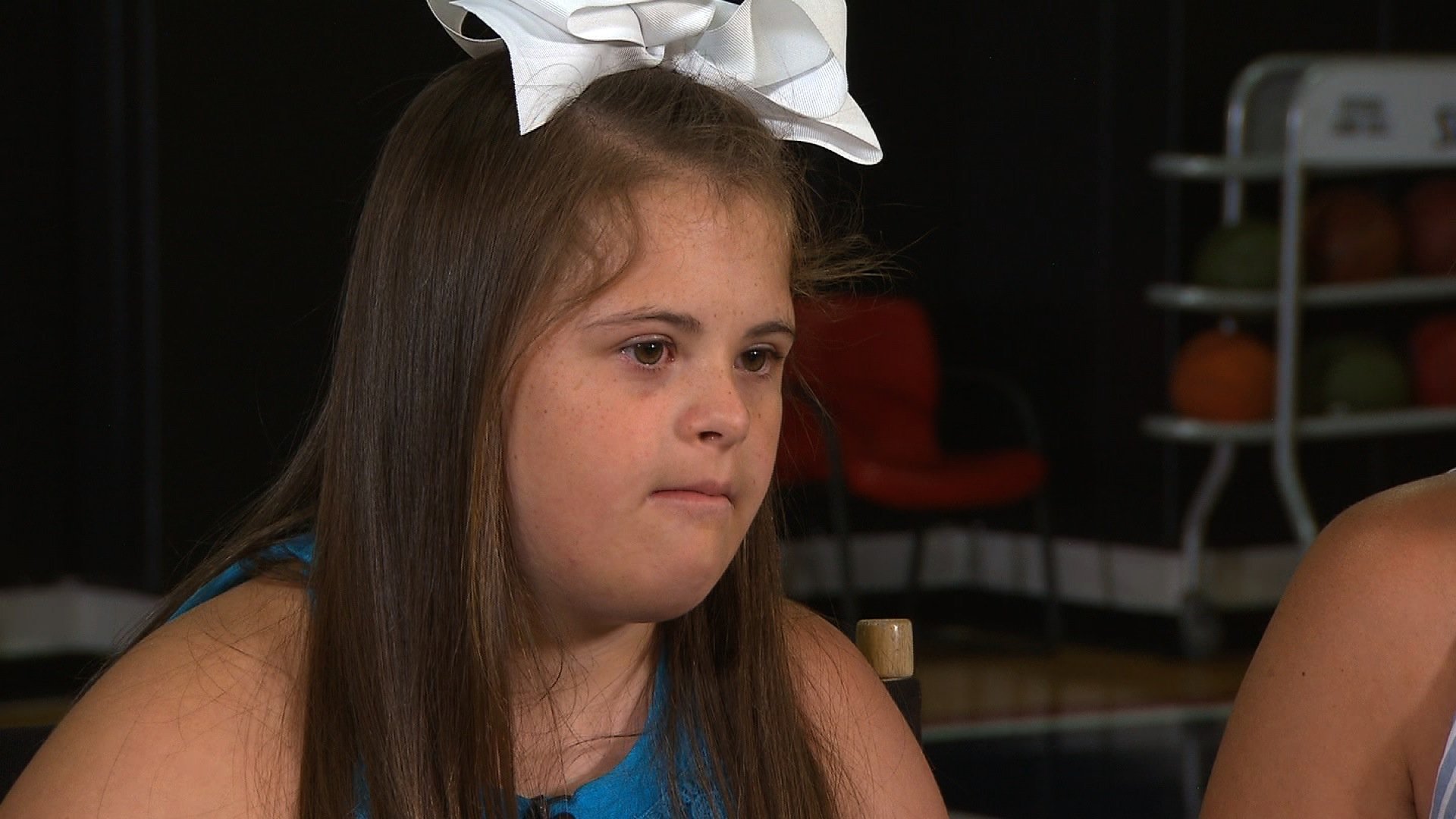 Dr. Steven Leonard’s goal was for Lacey to weigh 10 pounds before doing surgery. At 6 months, Lacey went to the Dallas Children’s Medical Center in preparation for surgery.

As the hours ticked by, the waiting room filled with family. Finally, about six hours into the surgery, a nurse came to get the family. Hearts sank across the room.

“Well, of course, we assumed the worst,” Parker said.

Her husband, Chris Parker, held her up as they followed the nurse. The two walked to face the unknown fate of their daughter.

“About that time, here comes Dr. Leonard and five of his nurses with a beautiful pink baby girl, with a big bow in her hair,” Renee Parker said.

The doctor “just looked at us and he said, ‘I don’t know what to tell you, other than everything I touched, God touched first,’ ” she recalled.

Today, Lacey is a thriving young lady who embraces everyone she meets. Renee Parker is a constant source of encouragement for Lacey.

“If I put limitations on her then so does society,” Renee Parker said. “Down syndrome is a label. It’s not who she is . . . It’s not what she can become.”

“I look at her, and I look at us…I think, maybe, God makes them the perfect ones and we’re the imperfect one, because we’re the ones that stand in judgment of people. And, she judges no one. She loves everyone,” she said.

Lacey is set on accomplishing her goals. In addition to earning a spot on the cheerleading squad, she landed the cover of Inside Cheerleading magazine’s August 2015 edition.

Recognizing Lacey’s cheer leadership, the Atlanta Hawks make her an honorary member of their squad.

“I want to be a good cheerleader for all my friends,” Lacey told CNN’s Kyra Phillips, who is an ambassador for the Global Down Syndrome Foundation.

What’s next for a girl who has inspired so many? Lacey continues setting goals and is specific about the next dream on her horizon.

“I want a driver’s license and a black Mustang.”