**All lanes are now open to traffic**

Newport News, Va. - Virginia State Police have identified the man killed in a crash on I-64 eastbound in Newport News early Thursday morning.

The crash happened on the interstate, just west of Fort Eustis Boulevard at approximately 3:42 a.m as road crews were picking up traffic cones in front of a stationary crash truck owned by VDOT, according to Virginia State Police. A state trooper was with the crew in front of the crash truck.

At the same time, a 1999 Mack tractor trailer traveling in the left lane attempted to avoid the crash truck that had been pushed into that lane and veered off the road to the left, striking numerous trees and overturning.

The driver of that truck, 69-year-old William E. Robinson of Staunton, died at the scene as a result of the crash.

An additional work zone pickup truck owned by VDOT also received damage from the impact with the stationary crash truck.

The driver of the tractor trailer that hit the crash truck, 36-year-old Lawayne R. Bland of Prince George, was charged with reckless driving. Alcohol did not play a factor in the crash. 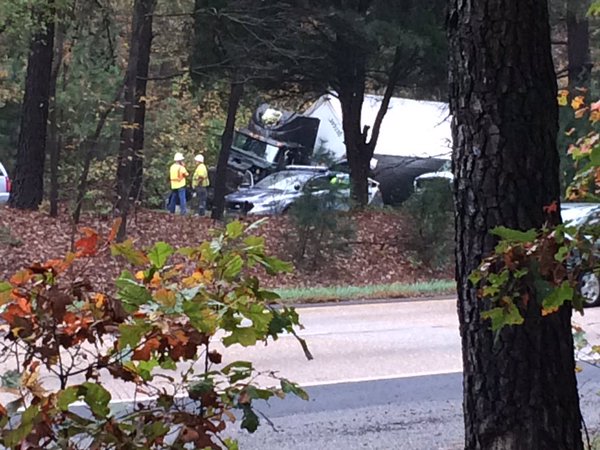