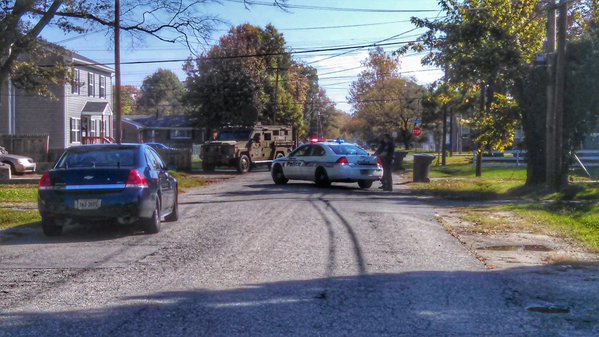 Newport News, Va. – Three people have been detained after a man was shot in Newport News in his vehicle.

On Friday at 2 a.m., officers were called out to Martha Lee Drive and Threechopt Road about shots fired in the area.

While they were investigating, officers  were called about a shooting victim in the 1800 block of West Mercury Blvd.

They found a 25-year-old Newport News man who had been shot. He drove himself to Hampton.

The victim told police that he saw the suspects on Martha Lee Drive and Threechopt Road where they shot at him a second time and left the scene.

They all knew each other police say.

Officers served a search warrant at a home in the 400  block of Greenbrier Ave.

3 detained by SWAT team in 400 block of Greenbriar Avenue. pic.twitter.com/8nFzsU8jsi

Man shot in his car in Newport News