Studio City is the latest integrated resort to open in the gaming capital Macau.

And you can’t miss it.

It’s a building with a gigantic golden figure-eight ferris wheel in the center — the world’s first of its kind.

Called Golden Reel, the big wheel is sandwiched between the two towers of Studio City and ascends up to 130 meters above ground.

While the number eight is often seen as a symbol of fortune in Chinese culture, the wheel’s design comes from an imaginary Hollywood-inspired tale.

“Two flaming asteroids crashed through the building facade in tandem,” forming a pair of rings, according to the company statement.

There are 17 steampunk-themed cabins, each accommodating up to 10 passengers.

From gaming to entertainment capital

Other attractions include a 4D Batman simulator ride and a a magic show by world-famous illusionist Franz Harary.

There’ll also be a 40,000-square-foot Warner Bros.-themed amusement center, a 5,000-seater entertainment venue and Macau’s own Pacha, a franchise of Ibiza’s legendary club.

All these offerings are part of a gigantic statement that the resort, and the rest of Macau, is trying to make — they’re open for family fun.

In an attempt to distance itself from the Macau’s reputation as the region’s gambling capital, its tagline bills it as “Asia’s entertainment capital.” 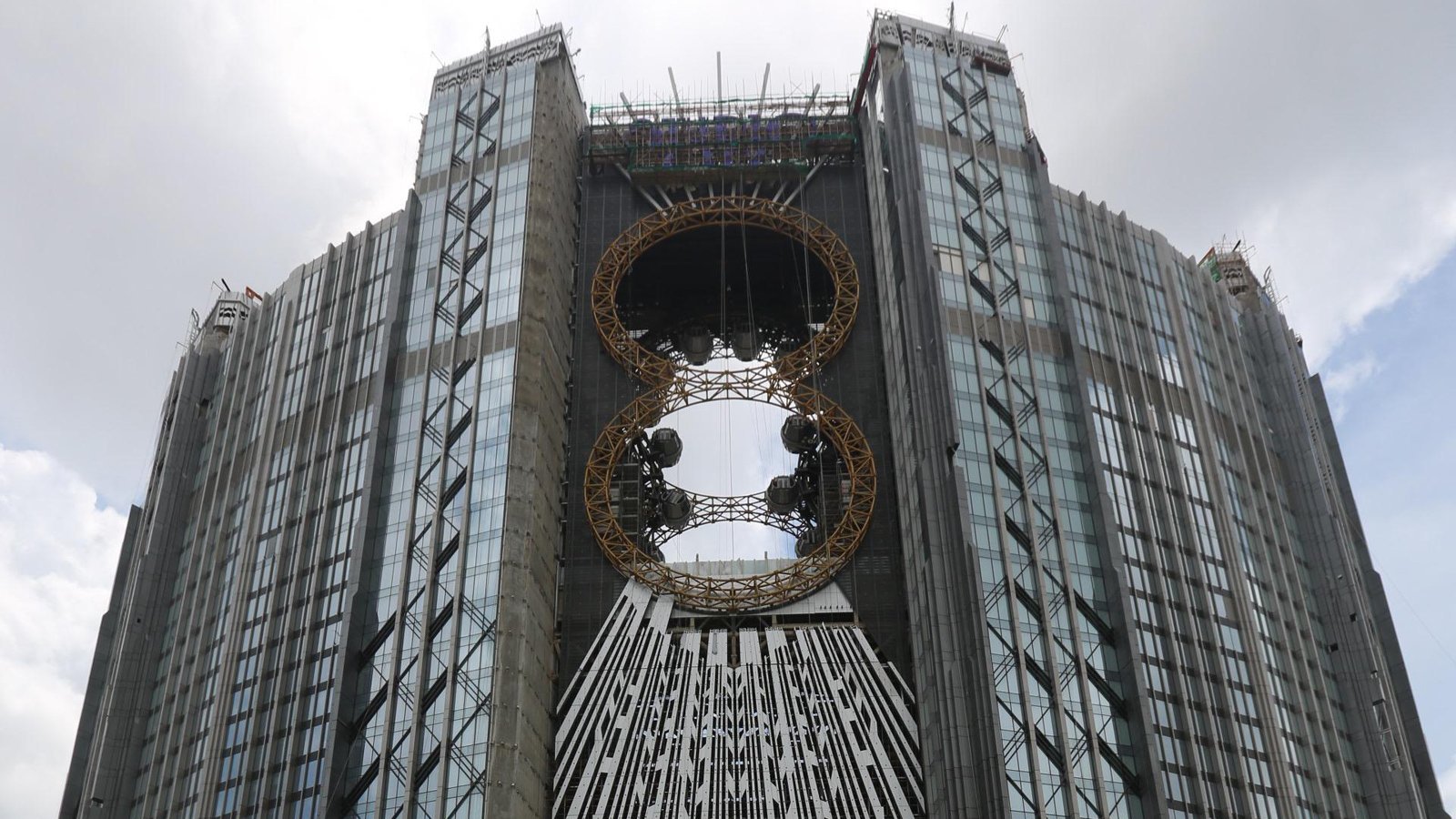 Lawrence Ho, CEO of Melco Crown Entertainment, told CNN that just 5% of this resort is actually dedicated to the gaming side, making more room for the entertainment offerings.

But nothing makes a statement quite like Hollywood A-listers.

The resort commissioned a short film titled “The Audition” set, of course, at Studio City. It was directed by Brett Ratner and stars Martin Scorsese, Leonardo DiCaprio, Robert De Niro and Brad Pitt.

“Studio City was a character in the film. It wasn’t like a product shot — it was really a part of the story,” said Ratner at the opening of the resort on October 27.

The film pits De Niro and DiCaprio against each other for a role in a fictional new film by Martin Scorsese (the trio also came for the complex’s opening party along with Ratner), with Pitt making a cameo.

That 15-minute film serves as an extensive ad for the resort costing $70 million, making it one of the most expensive ads ever made.