Norfolk, Va. - Police have found a red handicap van that was stolen from a Norfolk hotel parking lot, leaving a family stranded.

The van was found in the 3700 block of Larkin Street in Norfolk early November 10.

Sara Abell and her family drove from Kentucky to Norfolk last week to see her son graduate from the U.S. Army School of Music.

They took their handicap van so their daughter Leah, who has cerebral palsy, could see her brother walk across the stage.

Their  2007 red Dodge Caravan was parked in a handicap space at the Residence Inn on North Military Highway.

Abell's husband says he last saw the van around 9:30 p.m. on November 5. He filed a missing vehicle report on November 6 around 8:30 a.m.

It was the van that took Leah to and from doctor appointments, family trips and spending time with friends.

"It was very important. She pretty much stuck without it," Sara Abell said.

The family says they believe the door was locked when it was parked, but there may have been a key left inside the van.

Police did not see any glass at the scene and do not think anyone broke into the vehicle.  After checking towing records, officials also determined the van was not towed away from the parking lot.

To make matter's worse--the family did not have any other way to transport Leah.

"She was very panicky when she first found out that her van was gone because she realized the magnitude for what that means to her," Sara Abell said. "To steal something that is obviously for someone who is disabled--it's unthinkable."

While in the unfamiliar city, the search for a new handicap van was on.

Greg Stewart, general manager of the Ride-Away dealership, came in and took action for the Abells by helping them get a new handicap van.

"I put a tag on it and I said 'Just take it for a ride.' They weren't familiar with the area and I said 'This is Virginia Beach Boulevard, you'll either go to the oceanfront or downtown Norfolk. If you stay on that you'll be okay,'"Stewart said.

After the test ride, and Stewart's offer of just a few thousand dollars for the van, it was an easy decision.

"They obviously are used to dealing with people with disabilities and not in the market of taking advantage of people and they certainly could have taken advantage of us and they didn't." Abell said.

It was also an easy decision for Stewart.

"There's more to what we do than just dollars and cents," Stewart said.

The family has been told that the vehicle was found and the van is no longer listed as stolen.

No suspect has been identified in this case.  Police encourage anyone with any information about the stolen van to contact the Norfolk Crime Line at 1-888-LOCK-U-UP. 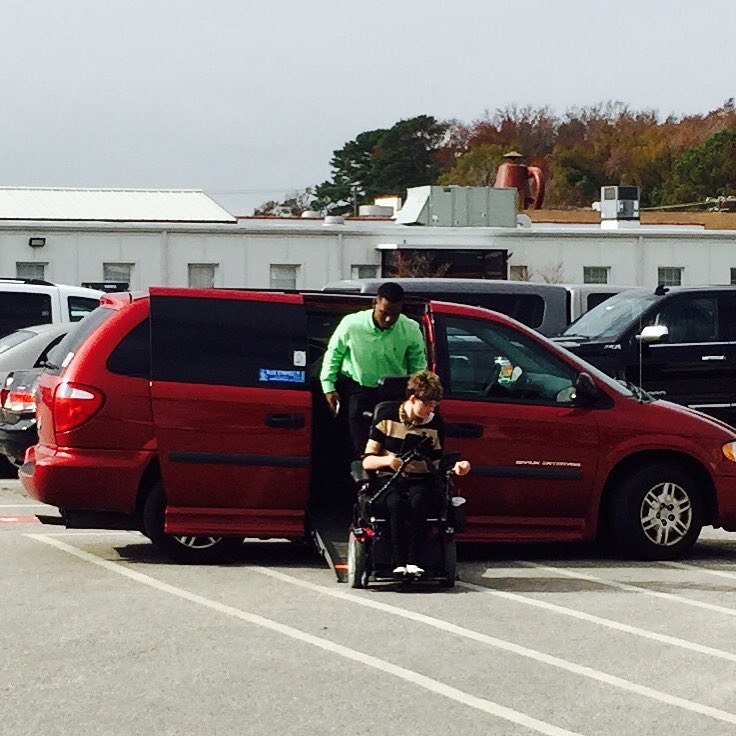