Norfolk inmates get crafty and give back

Norfolk inmates get crafty and give back

Norfolk, Va.- As December approaches, many people will be bundling in their warmest clothes for the bleak winter ahead. However, homeless people in the community may have very little to keep them warm.

Inmates in the Norfolk City Jail have decided to volunteer their time to knit hats that will be donated to these unfortunate homeless people. The program was started in early November and is the first of its kind in Hampton Roads.

Nearly a dozen inmates are signed up for the class being taught by volunteer, Androulla.

The most interesting and innovative part of the project is the hats are being knit using no needles or sharp objects.

Androulla has taught the inmates how to create these hats using yarn and a plastic loop with spokes.

"I definitely didn't think I'd be knitting in jail," One inmate told NewsChannel 3's Stefania Okolie. "It turned out to be pretty cool though."

The program benefits not only the homeless, but also the inmates. The knitting has alleviated stress, unraveled any male/female stereotypes and created a unique sense of accomplishment for those involved.

"I've done a lot of selfish things in my life," says inmate Melvin Suggs. "This is an opportunity to do something that is selfless." 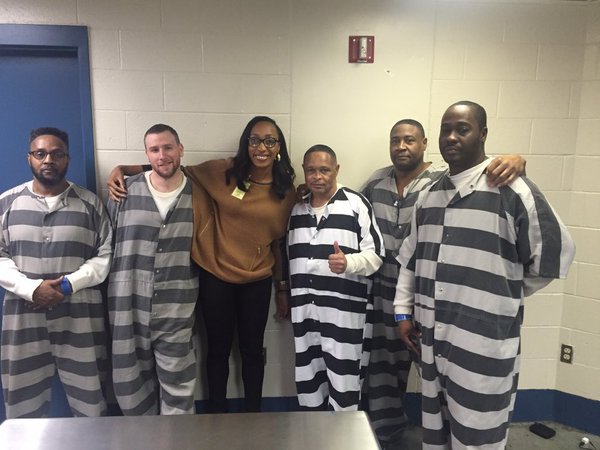